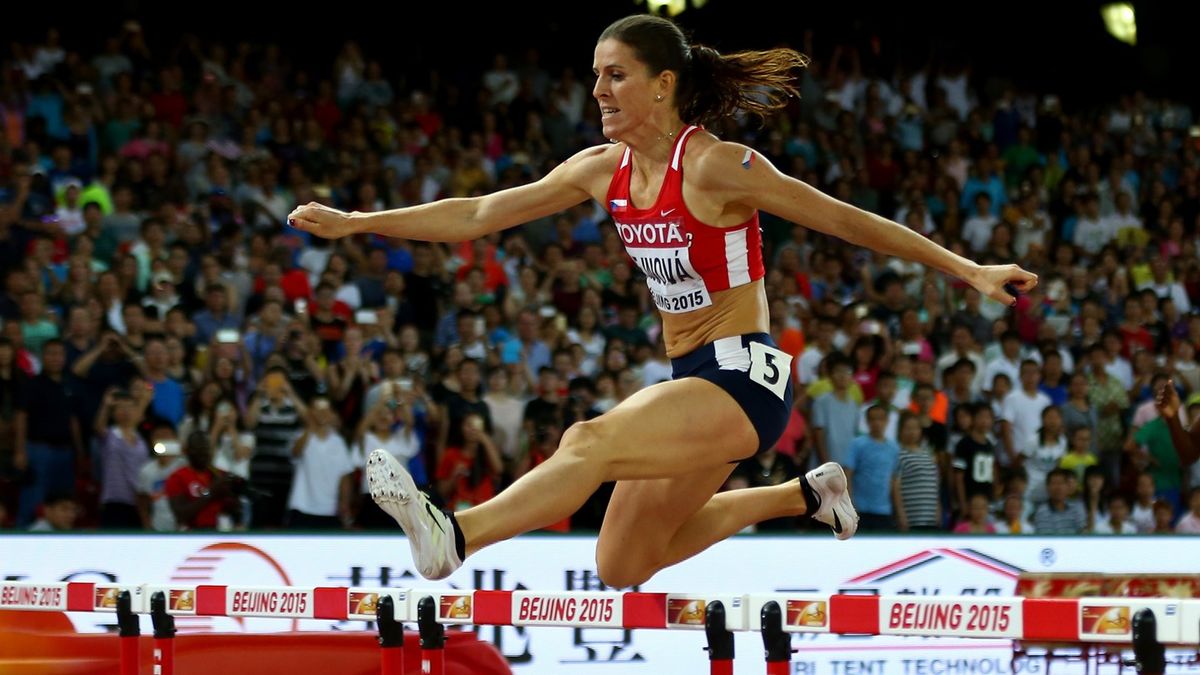 Along the back straight, when the camera focused in on her, it was the Zuzana Hejnova of old who was in full flow.

In a season where she has been troubled by an Achilles tendon injury, her careful route to Rio was paying off as she moved into the final of the 400m hurdles in eye-catching style.

From lane five, the Czech Republic's Hejnova went past Jamaica’s Ristananna Tracey to win the heat in 54.55 in only her third race of the year at the distance.

After a 55.69 in Ostrava in May, she had not competed at the 400m hurdles again this summer until Monday in Brazil when she was second in her first round heat in 55.54.

But this victory in the opening race of the semi-finals not only showed that she is back in form but more importantly demonstrated how much more she has left, with gold now hers for the taking after a few weeks where, in between her recovery from injury, she has been running over shorter distances to stay sharp.

The brilliance of the double world champion is how cool she looks when she is in this mood. The first 250m of her races are negotiated without fuss, and then she saves so much for the business-end of the action.

She progressed by beating Tracey (54.80) and is joined in the final (3.15am CET Friday) by, among others, Denmark's European champion Sara Slott Petersen, who was second in her heat in 54.55, and Great Britain’s Eilidh Child, who just made it through (54.99).

But there was arguably no happier man in the stadium than Ireland’s Thomas Barr after a brilliant performance in the last of the semi-finals of the men’s 400m hurdles.

Fourth with a barrier left, Barr came through to finish first as he lowered his national record from 48.65 to 48.39. He was smiling as he hit the line and the beam across his face was still there as he left the track having qualified for Thursday’s final in some style.

Turkey’s Yasmani Capello (48.61) and Estonia’s Rasmus Magi (48.64) also reached the final and though Spain’s Sergio Fernandez did not make it, he did break the national record with 48.87.

The Netherlands’ world champion Dafne Schippers looks back in the groove after suffering an injury scare in the build up to the 100m as she reached the 200m final with the quickest time from the semis, winning in 21.96. Bulgaria’s Ivet Lalova-Collio (22.42) and Britain’s European champion Dina Asher-Smith (22.49) also progressed.

It was an impressive night in the women’s javelin qualifying with eight of the 12 finallists from Europe.

They are led by Poland’s Maria Andrejczyk, who broke the national record with the best overall distance of 67.11m, from the Czech Republic’s defending champion Barbora Spotakova (64.65m), who is chasing an Olympic hat-trick and Sara Kolak, whose 64.30m was a Croatian record. Belarusian Tatsiana Khaladovich, the European champion, is also in the mix after a 63.78m.

In the long jump, Serbia’s European champion Ivana Spanovic reached the final with 6.87m from the one and only effort she needed.