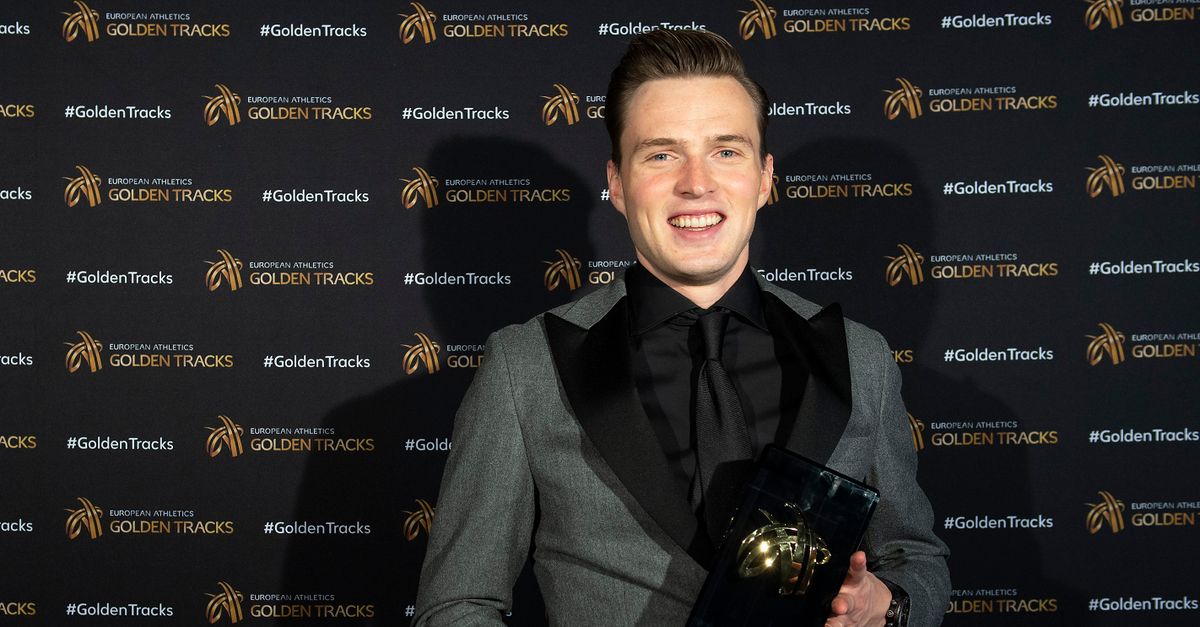 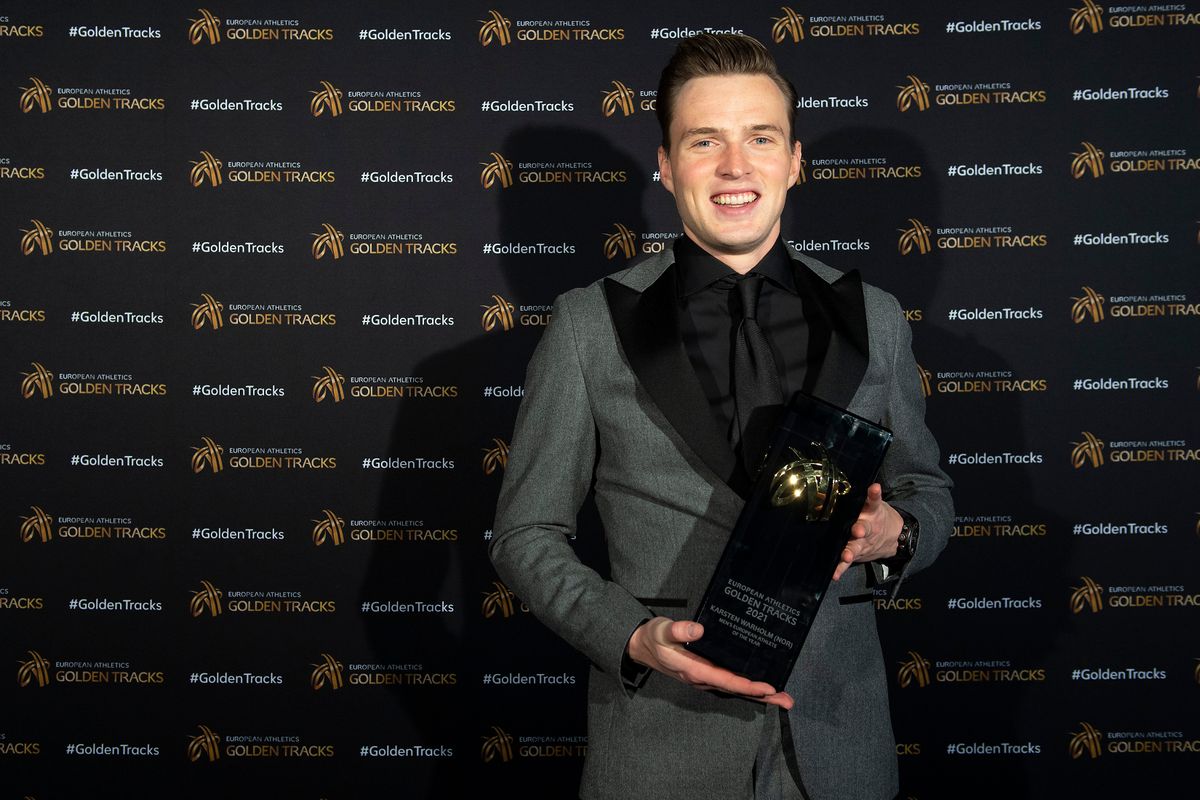 Sifan Hassan from the Netherlands and Norway’s Karsten Warholm have been crowned the 2021  European Athletes of the Year at the Golden Tracks award ceremony which was held in Lausanne, Switzerland on Saturday (16) evening.

Hassan and Warholm were two of the outstanding performers of this summer's Olympics Games in Tokyo where European athletes came away with 20 gold medals. Hassan won three medals including the 5000m and 10,000m titles and Warholm broke through the 46 second-barrier to win the 400m hurdles in a world record of 45.94.

Hassan was crowned women’s European Athlete of the Year for the first time and she becomes just the second Dutch athlete to win this accolade after Dafne Schippers in 2014 and 2015. Hassan - who was unfortunately not able to be present at the awards ceremony and Dutch federation President Eric van der Burg received her trophy on her behalf from European Athletics Vice President Cherry Alexander - won ahead of fellow Olympic champions Anita Wlodarczyk from Poland and Mariya Lasitskene, the latter being the 2019 European Athlete of the Year.

By contrast, this was the third time Warholm has been a winner at the Golden Tracks.

The Norwegian won the Rising Star award in 2017 before graduating to men’s European Athlete of the Year in 2019. Only Sweden’s Christian Olsson (2003-04) and Great Britain’s Mo Farah (2011-12) have previously won the men’s award in back-to-back editions. Warholm, who was presented with his trophy by European President Dobromir Karamarinov, was part of an illustrious shortlist alongside Armand Duplantis from Sweden and Italy’s Lamont Marcell Jacobs, both of whom won gold medals at the Olympics as well as at the European Athletics Indoor Championships in Torun back in March.

Like Warholm, Hassan has also been in record-breaking form this season.

She decimated Almaz Ayana’s world 10,000m record of 29:17.45 on home soil at the FBK Games in Hengelo in June with 29:06.82. That mark was subsequently broken two days later on the same track by Letesenbet Gidey but Hassan outsprinted the Ethiopian for the Olympic 10,000m title, her sixth race in the Japanese capital after winning gold in the 5000m and then bronze in the 1500m.

The pair were presented with their trophies by European Athletics Vice Presidents Libor Varhanik and Jean Gracia respectively.

Bol raced extensively both indoors and outdoors, winning eight successive races indoors in the 400m which culminated with gold medals in both the 400m and 4x400m at the European Athletics Indoor Championships. She also won 11 of her 12 races in the 400m hurdles outdoors, her only loss coming when she finished third at the Olympics but in Tokyo she smashed Yuliya Pechonkina’s long-standing European record with a time of 52.03.

Zhoya also revised the record books in a glorious two months in the 110m hurdles. The Frenchman clocked four of the seven fastest times in history over the barriers at U20 level, including world records of 12.93 and 12.72 at the World Athletics U20 Championships in Nairobi to chop a dizzying 0.27 off the previous record.

The 19-year-old surpassed the world U20 record at the European Athletics U20 Championships in Tallinn with 12.98 but the time could not be ratified due to a slightly illegal tailwind. However, Zhoya did revise the championship record with 13.05 in the final to win the first of two major championship gold medals this summer.

Maria Andrejczyk from Poland also received the European Athletics Community Award for her touching and selfless gesture shortly after the Olympics Games when she auctioned her silver medal to raise funds to pay for life-saving heart surgery for a young boy. Important and influential figures in the sport away from the field of play were also recognised at the Golden Tracks.

Ana Krstevska from North Macedonia was the first recipient of this year's European Athletics Women’s Leadership Award, which has recognised and celebrated women’s leaders in athletics since 2009. In total, 23 women from as many Member Federations will receive this prestigious accolade this year.

The first of 26 Member Federation awards was presented to Ireland’s Georgina Drumm and Switzerland’s Hansruedi Kunz was the first coach to receive the European Athletics Coaching award. In total 55 coaches, including those of every gold medallist at this summer's Olympic Games, will receive this annual reward.

All other recipients of the Women’s Leadership, Member Federation and Coaching Awards will be presented with their trophies at national ceremonies in their own countries. More information about all these awards can be found here. 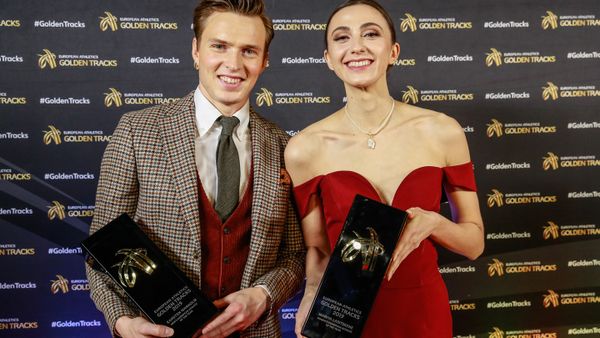