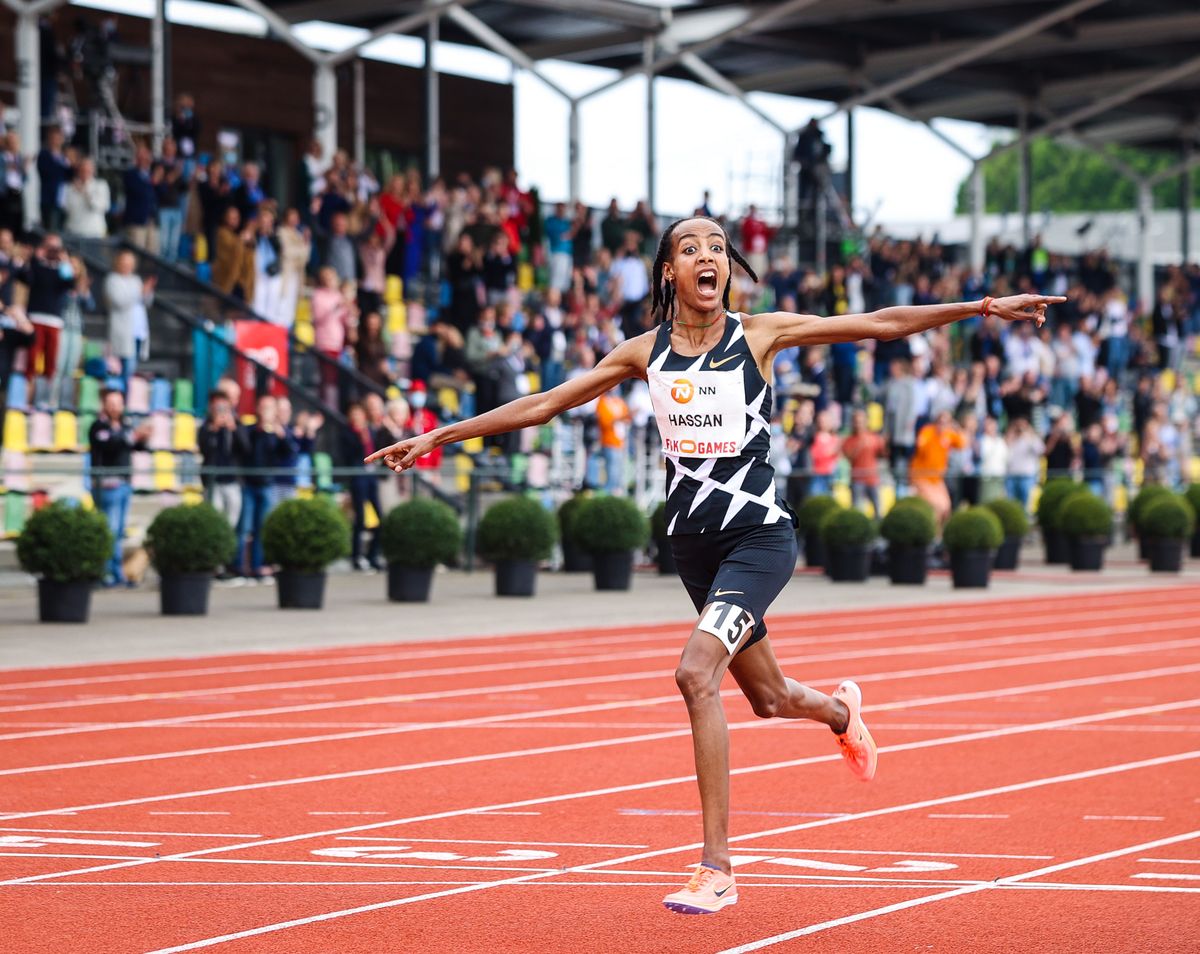 Sifan Hassan from the Netherlands decimated 2016 Olympic champion Almaz Ayana’s world 10,000m record of 29:17.45 at the FBK Games in Hengelo on Sunday (6) when she also lapped the entire field at least once.

Ayana’s world record was considered to be one of the toughest on the record books but the Dutchwoman tore that mark asunder with her finishing time of 29:06.82 courtesy of a near solo display.

Hassan jostled past the second pacemaker on the seventh lap and even though she didn’t have any physical assistance for the rest of her 25-lap journey, Hassan was guided on her record attempt by the wavelight technology which was also used at last night’s European 10,000m Cup in Birmingham.

The reigning world 1500m and 10,000m champion was on world record pace through halfway in 14:38.75 but Hassan had kept something in reserve for the latter stages. She came home with a significantly faster second half of 14:28.07, most of which came in the last kilometre which Hassan covered in a scintillating 2:45.77.

“To run this world record here today in Hengelo is something I could only dream of. It's the perfect confirmation of the hard work we've put in getting ready for Tokyo. I am so happy to share this record in front of my Dutch fans. I am so happy!” said Hassan alluding to the 1500 spectators who were allowed into the arena.

There was another world record attempt at the end of the programme when world record-holder Armand Duplantis instructed the officials to raise the bar all the way up to 6.19m in the pole vault.

After suffering his first defeat since the 2019 World Championships in wintry conditions in Gateshead last month, Duplantis avenged that defeat to Sam Kendricks by eclipsing his meeting record of 5.91m with a 5.93m clearance, his first of three world outdoor leading vaults this afternoon.

Duplantis then sailed over 6.00m on his second attempt to become the first vaulter to break that barrier outdoors this season before slingshotting himself over 6.10m on his third attempt, the joint sixth highest vault ever achieved outdoors and a mark only surpassed by Duplantis himself and Sergey Bubka.

The reigning European indoor and outdoor champion took a full complement of attempts at a world record height of 6.19m but Duplantis, whose brow began to furrow in frustration, bailed out on his first two attempts before another unsuccessful third attempt.