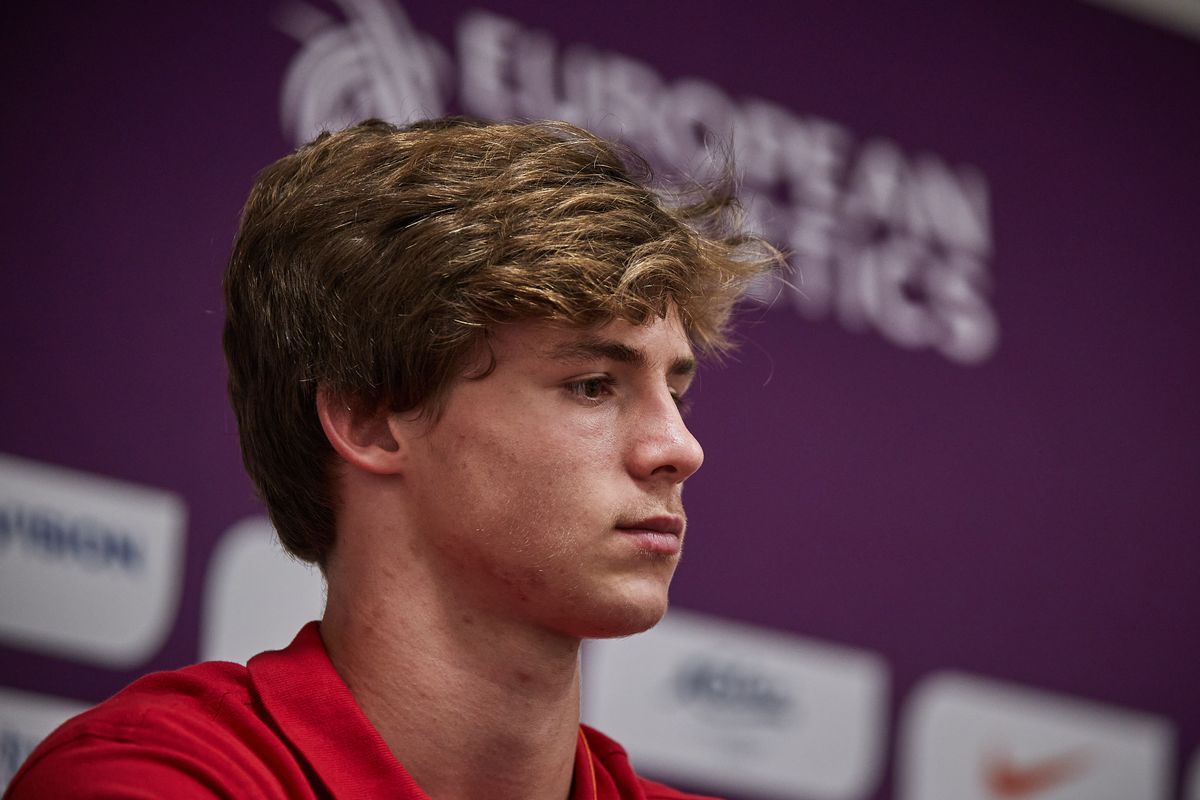 As one might expect from a nation with such a proud and illustrious tradition in the heptathlon and decathlon, the focus of attention was on the combined events athletes at the pre-event press conference for the Tallinn 2021 European Athletics U20 Championships which begins in the Kadriorg Stadium tomorrow (15) morning.

The decathlon will showcase some of Europe’s emerging talents in the combined events including Belgium’s Jente Hauttekeete. The 19-year-old surprised himself during the indoor season when he broke the world indoor U20 heptathlon record with 6062 points and the Belgian sits atop the world U20 decathlon list with his score of 8034 points.

Having finished ninth at the European U18 Championships three years ago at the age of 16, Hauttekeete will already be familiar to some of his competitors in Tallinn this weekend but he has improved considerably across all events since his introduction to major international competition in 2018.

“I think I have improved a lot since 2018 in every single event. My colleagues in the decathlon have also improved so I’m very excited to see if I can compete against them. We will see. The decathlon is always risky - there is always a possibility that something can go wrong but I also think I’m stronger than ever. I hope I can show it on Saturday and Sunday,” said Hauttekeete with cautious optimism.

Like Estonia, Belgium has a brilliant recent tradition in the combined events and Hauttekeete is looking to emulate one of his idols Thomas van der Plaetsen who won this title in 2009 before going on to win the European senior equivalent in 2016.

Hauttekeete has competed alongside Van der Plaetsen in recent seasons and the long-time standard bearer of the combined events in Belgium has willingly dispensed some advice to his younger compatriot who is one of his country’s principal gold medal prospects in Tallinn.

“Nafi [Thiam] and Thomas are my idols and I learnt a lot from them. I did a competition with Van der Plaetsen and he gave me some tips and tricks to perform better. I’m very excited to compete and hopefully win the gold medal like he did when he was an U20,” he said.

The 20-strong field in the decathlon also features Estonian hopeful Rasmus Roosleht who has used this championships as motivation all the way through the coronavirus pandemic.

“Last year was undeniably hard for all athletes around the world but our colleagues understand the tough realities of sport and we took it as it is. We kept motivated during the hardship and it was especially motivating knowing there was a championship at home in Tallinn. It added an extra layer of motivation,” he said.

After winning five gold medals at the European Athletics U23 Championships in the Kadriorg Stadium last week, German medal hopes at U20 level include their highly rated long jumper Oliver Koletzko who leads the world U20 list with a lifetime best of 7.90m. Koletzko keenly watched last week's championships and said the abundance of German medal success was also a source of motivation.

The press conference was also attended by Greece’s rising javelin star Elina Tzengko, the Youth Olympic Games winner from 2018, who arguably harbours the most ambitious goals of the athletes who spoke to the press ahead of the championships.

Only 18, Tzengko already has a lifetime best of 63.96m to her credit. While that mark was not ratified, it was still in excess of the world U20 record of 63.86m and Tzengko believes she is in shape to surpass that mark again and claim official ownership of the record.

“I think I am very well prepared. My biggest goal was to achieve the limit for the Olympics but unfortunately I didn’t make it so our opportunity is here. We are ready for a better result and why not for a world record?” she said.