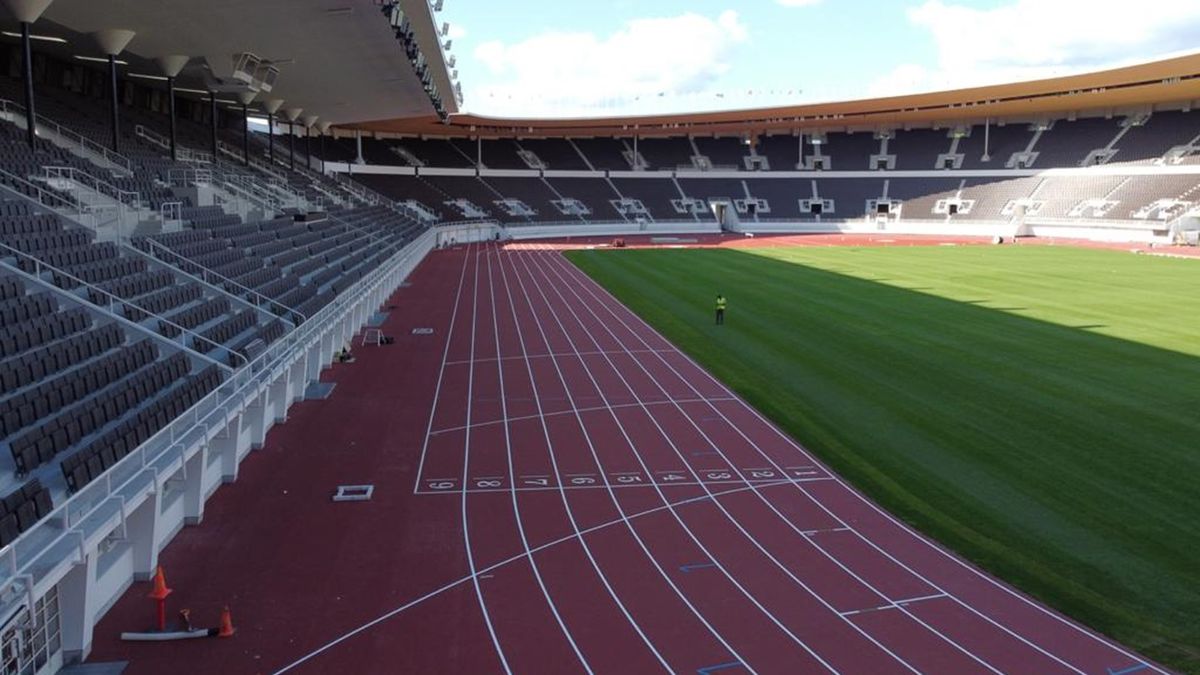 One of Europe’s most iconic athletics stadiums, the Helsinki Olympic Stadium, is officially back in business for athletics events after being shut down since 2016 for refurbishment and renovation.

The stadium is the only venue to have ever hosted three European Athletics Championships, staging the 1971, 1994 and most recently 2012 events.

In addition, having been completed in 1938, the stadium has hosted the 1983 and 2005 World Athletics Championships as well as being the centrepiece of the 1952 Olympic Games.

This coming Saturday's Helsinki City Running Day will be the first athletics event to be held at the stadium since its reopening a month ago.

With the complete work on the stadium costing an estimated €350m, European Athletics Partner Mondo have installed a new track - including a nine-lane home straight - which could once again see major athletics competitions and championships return to the Finnish capital in the near future.

It is the third time that Mondo have replaced the track in the last 20 years, with the latest installation starting in April and being completed just before the re-opening and it has retained its World Athletics Class I Certified Athletics Facility designation.

“In 2005 (ahead of that year’s World Athletics Championships), the Olympiastadion Foundation decided to renovate the athletics tracks and warm up areas by using our Mondo Sportflex Super X product,” said a Mondo spokesperson.

“For the 2012 European Athletics Championship, there was a complete refurbishment of the main track with Mondotrack. The stadium management and Local Organising Committee expressly wanted the same product that had been installed in London for the Olympic Games. The latest Helsinki Olympic Stadium installation includes a two-lane 400m warm up track alongside a 60m indoor sprint area. The track was surfaced with our Sportflex SX 720 in a red colour.

“The track material was specifically chosen to accommodate this stadium’s multi-sport use that also includes soccer matches but also concerts and other community events.”

A televised opening of the stadium was held on 22 August, which then hosted the Helsinki Design Week in early September before the athletics track was opened to the public for training and exercise two weeks ago.

Notably, the stadium’s existing and historic architecture has not been tampered with during the building work, including the famous tower at the stadium.

The capacity of the stadium for sporting events has now been reduced from 42,000 prior to the latest renovation work to 36,200, almost half of the 70,000 spectators who crammed into the stadium daily during the 1952 Olympic Games.

However, this makes it an ideal size for the Helsinki Olympic Stadium to once again host major European athletics meetings.

“The Olympic Stadium is one of Helsinki’s icons. Its extensive renovation work testifies to our City’s commitment to safeguarding its own history and identity. Especially during this difficult time, investments in events and experiences are important both for the entire event sector and for all Helsinki residents.”

“The renewed modern, functional and sustainably rebuilt stadium serves the people of Helsinki in many different ways and also serves as a builder of international appeal far into the future,” commented the Mayor of Helsinki Jan Vapaavuori.

Finland’s Minister of Science and Culture Annika Saarikko added: “I am convinced that its (original) architects Yrjö Lindegren and Toivo Jäntti would be proud to examine the results of the refurbishment work now that it completed. The improvements allow us to make sure that the stadium is not only a monument of the past but also a part of the most heart-stirring Finnish sports and cultural experience in the future.”