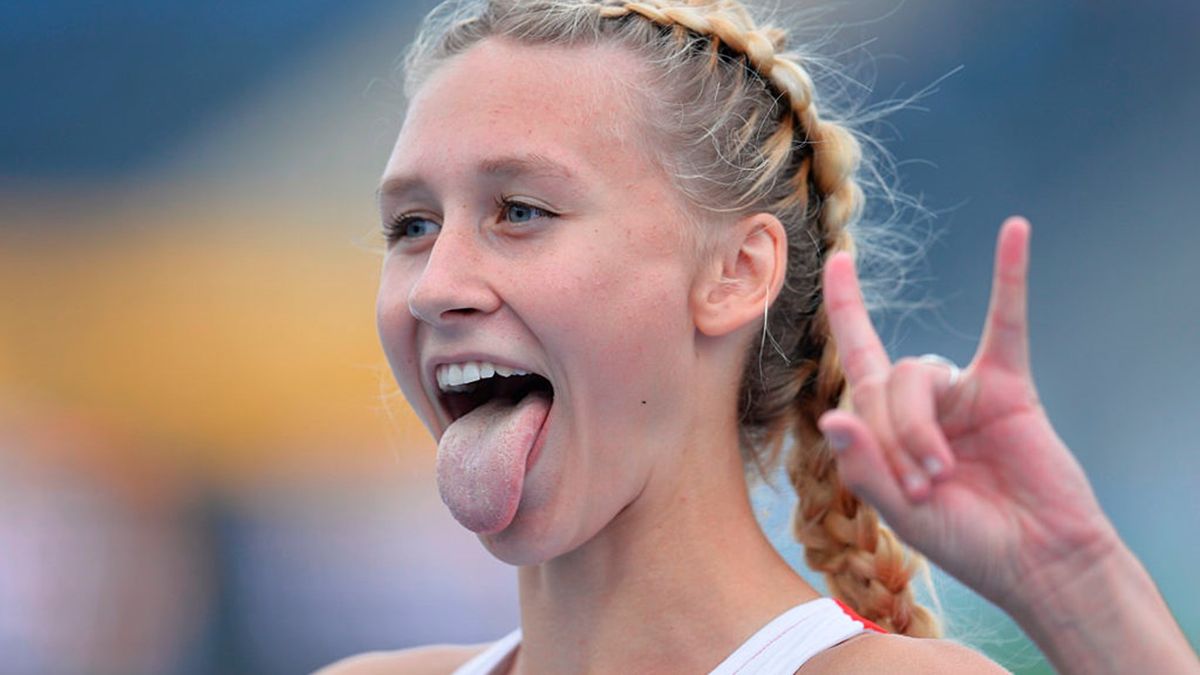 Belarusian Elvira Herman broke the European Under-20 100m hurdles record as she won gold in Bydgoszcz on Sunday to prove she is one of the greatest young athletes in the sport.

Twelve months on from becoming European junior champion in Eskilstuna, Herman, 19, soared to the world under-20 title with a performance of tenacity and brilliant late speed to triumph in 12.85.

The time beat the record of 12.88 which Ukraine’s Yelena Ovcharova had held for more than 21 years and lowered her personal best by 0.12.

How ironic, too, that it came just two days after American Keni Harrison had smashed the world record with her run of 12.20 in London. It was a weekend of superstar hurdlers, and Herman is truly in that class.

One more she has shown her consistency by making the podium for the fourth summer in a row.

It was some race with the top five all going under 13 seconds, with Herman’s slick technique allowing her to power away in the second half of the race for victory ahead of Jamaican Rushelle Burton (12.87) and American Tia Jones (12.89).

Herman's progress has seen her go from winning bronze at the European Youth Olympic Festival in 2013 to silver at the Youth Olympic Games in 2014 before her European junior glory in Sweden last year in 13.15.

Her run was the standout performance of this final day in Poland where Europe also celebrated gold and bronze in the women’s high jump as Michaela Hruba, of the Czech Republic, won with 1.91m from Mexican Ximena Lizbeth Esquivel (1.89m) and Ukraine’s Yulia Levchenko (1.86m).

For now, she had a gold medal around her neck after an event where Levchenko’s faultless progress from 1.74m to 1.86m brought her third on countback from Czech jumper Lada Pejchalova.

As Qatar’s Mohamed Ibrahim Moaaz won the men’s discus with a first round 63.63m, there was silver and bronze for Europe in personal best performances from Poland’s Oskar Stachnik and Belarusian Hleb Zhuk respectively.

Stahnik was out of the medals until the third round when he threw 62.83m to move into second and ahead of Zhuk who had thrown 61.70m in round two. Sweden’s Wictor Petersson also recorded a pb in fourth with 61.23m.