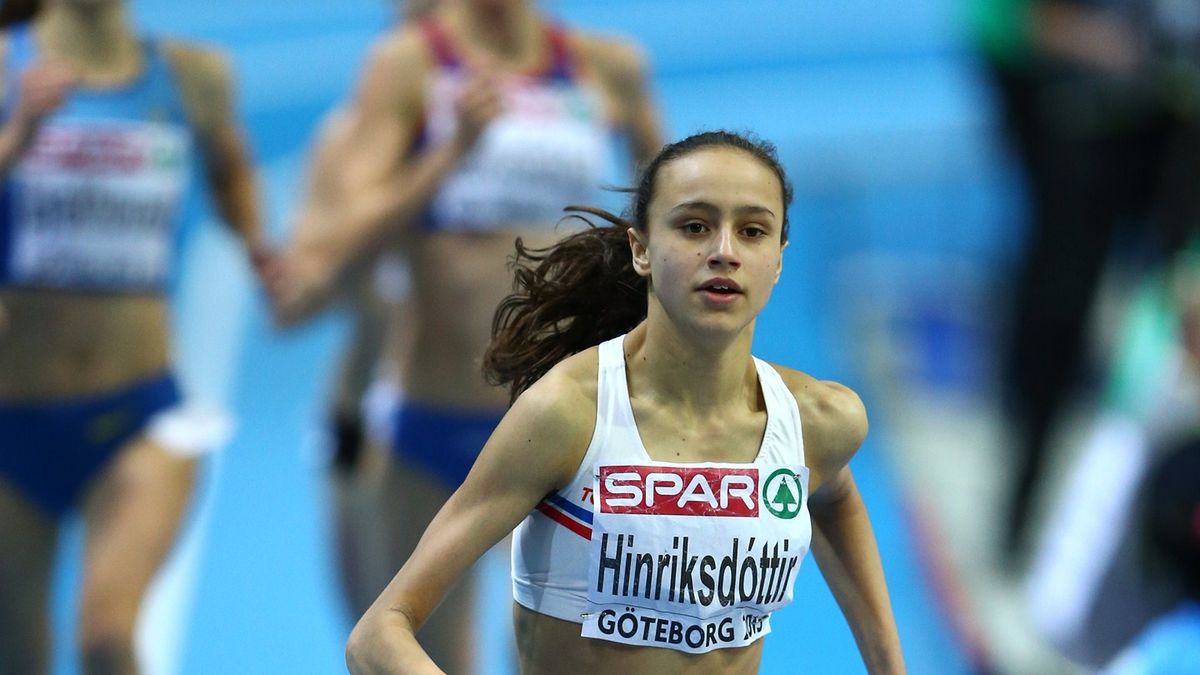 Hinriksdottir prepares for a busy weekend in Amsterdam

The 2013 European Athletics Junior 800m champion, Anita Hinriksdottir of Iceland, will represent IR-Reykjavik Sportsclub at the European Champion Clubs Cup Senior Group B held in Amsterdam, Netherlands, on 24 May.

And what a busy weekend it will be for the 2013 European Athletics Rising Star laureate, as she will run over 800m, her specialty distance, as well as the 1500m and 4x400m relay.

Another European star to have made the headlines in 2013 is France’s Antoinette Nana Djimou who will be competing for the yellow and blue colours of CA Montreuil 93 in Amsterdam.

The champion in last year’s pentathlon from the European Athletics Indoor Championships in Gothenburg will take part in the high and long jump contests, two of her strongest disciplines.

Danish sprinter Nick Ekelund-Arenander will run the 400m and 4x400m relay for his Sparta club. He recently lowered his indoor personal best to 46.31, and is targeting the European Athletics Championships in Zurich this summer.

Also featured in Amsterdam will be Slovenia’s Tina Sutej who will represent AD Mass Ljubljana in what could be a breakout season for the pole vaulter.

She has already proved it this year by clearing 4.71m indoors in Moscow on 2 February, which at the time was a world leading performance.

Hopefully she can use the European Champion Clubs Cup as a springboard towards Zurich.

A total of 20 clubs will do battle in Amsterdam, with the two winning clubs allowing their countries to be promoted for next year’s Group A events. Last year it was Czech Republic’s TJ Dukla Praha who took victory in the men’s while on the women’s side it was Slovakia’s AK Spartak Dubnica nad Vahom who triumphed at home.

The European Champion Clubs Cup Senior Group A is being held this year in Vila Real de Santo Antonio, Portugal, on 24-25 May.