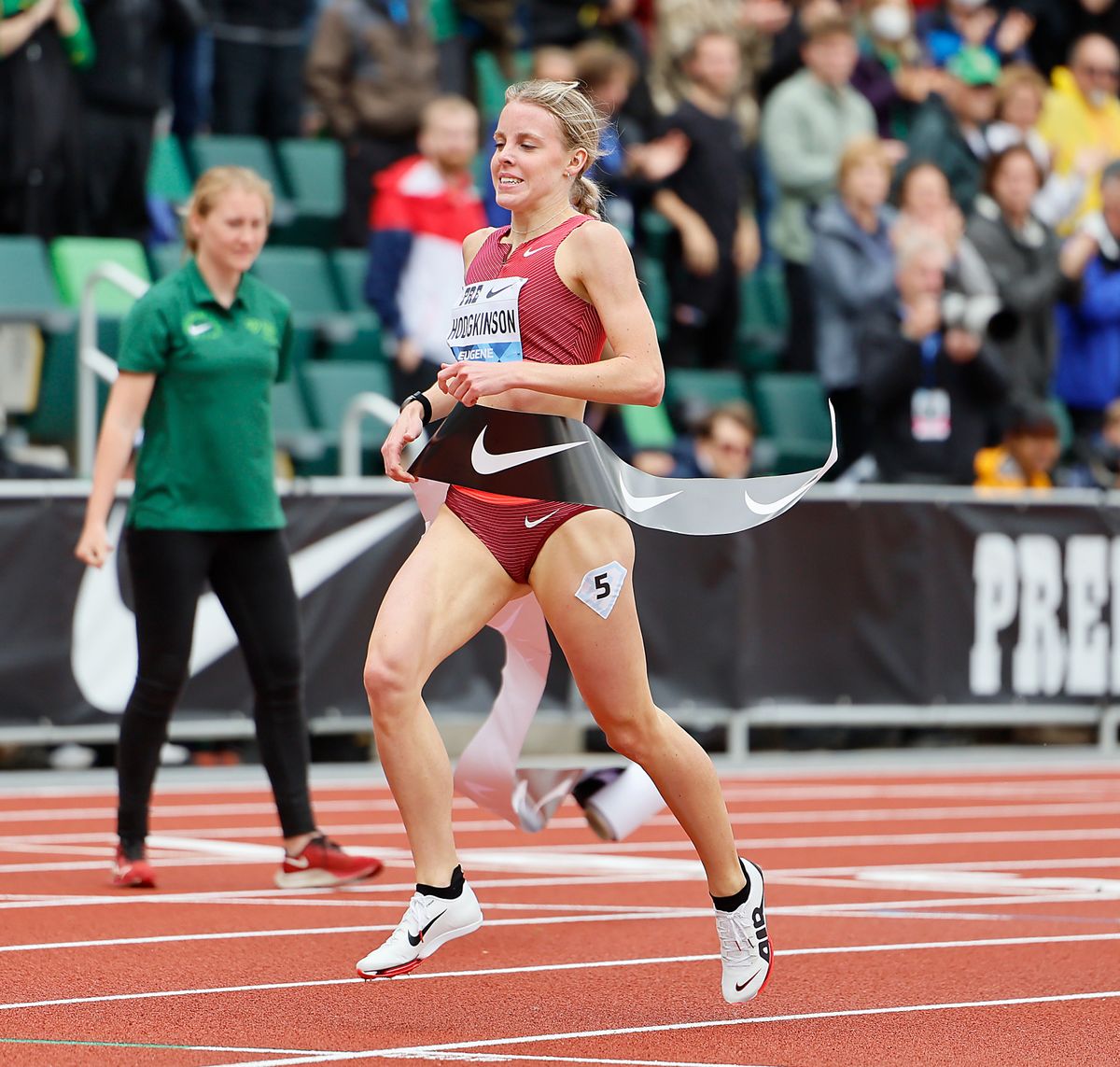 Hodgkinson and Ingebrigtsen race to world leading times in Eugene

Olympic silver medallist Keely Hodgkinson eased to yet another victory in a world leading time in the 800m at the Eugene Diamond League on Saturday (28).

Content to sit in the pack, Hodgkinson coolly moved into the lead with 150 metres remaining and the 20-year-old preserved her unbeaten streak in 2022, powering to victory in a world lead of 1:57.72 to defeat world indoor champion Ajee’ Wilson (1:58.06) and world silver medallist Raevyn Rogers (1:58.44).

“I wasn’t expecting some of the girls to come out that quick, so it was quite nice to just sit in and be patient. It was back a bit winding up at 300 and just to make sure I had something left for the final 120,” said Hodgkinson.

However, her clash with Olympic champion Athing Mu did not materialise with the 19-year-old withdrawing due to the after-effects of a recent bout of coronavirus.

“I’m pretty happy with the race. As you can see it’s a little bit windy, but it worked out pretty good. I went out at an okay pace and tried to keep the momentum, then saved something for the last lap. This is pretty similar to our weather back in Norway so I’m familiar with the weather,” he said.

Ingebrigtsen will drop down to the 800m for his next race at the Trond Mohn Games in Bergen on 8 June.

Khaddi Sagnia also took an excellent victory in the long jump. The Swede leapt out to a lifetime best of 6.95m to come within four centimetres of the long-standing national record held by Erica Johansson.

"I am incredibly happy, grateful and satisfied! This is my first Diamond League win. It feels so wonderful, and I am so proud. I did not think it was that far, but when I saw the result it was a surprise!" she said.

Sagnia moves to third on the 2022 world list and second on the European list which is headed by Germany’s Malaika Mihambo who bounded out to 7.09m in Birmingham last weekend.

In Friday’s events, world indoor champion Yaroslava Mahuchikh from Ukraine became the first athlete to clear two metres outdoors in 2022 with a 2.00m clearance while Armand Duplantis cleared 5.91m in far from ideal conditions in the pole vault.

There was another significant performance on the track in the men’s 400m from reigning European champion Matthew Hudson-Smith who finished third in 44.35 to shave 0.01 from Iwan Thomas’ British record and come within 0.02 of the long-standing European record set by Thomas Schonlebe when he won the world title in Rome 1987.

Olympic silver medallist Anouk Vetter won the Gotzis Hypo-Meeting on Sunday (29) and eclipsed her Dutch record in the process.

Vetter scored 6693 points to add four points to her previous national record which she set at the Tokyo Olympics last summer thanks to a sterling second day.

The 2016 European champion trailed Poland’s Adrianna Sulek after the completion of the first day but Vetter closed the gap courtesy of a 6.47m long jump before soaring into an unassailable lead with a phenomenal 59.71m javelin.

Vetter won by more than 200 points from Sulek (6429 points) and Germany’s Vanessa Grimm (6323 points). "In addition to the championships, this is the biggest competition there is. To win here is very cool," said Vetter who becomes the first ever Dutch winner at the Gotzis Hypo-Meeting.

In the decathlon, Simon Ehammer finished third with a Swiss record of 8377 points behind Canada’s Olympic champion Damian Warner (8797 points) and Lindon Victor from Grenada (8447 points).

Ehammer produced an astonishing long jump on the first day, landing at another world best of 8.45m - a world lead and Swiss record - to accrue 1178 points. His mark in the long jump was further than the winning mark at the last four Olympic Games and would have won gold at all but one European Championships long jump final. 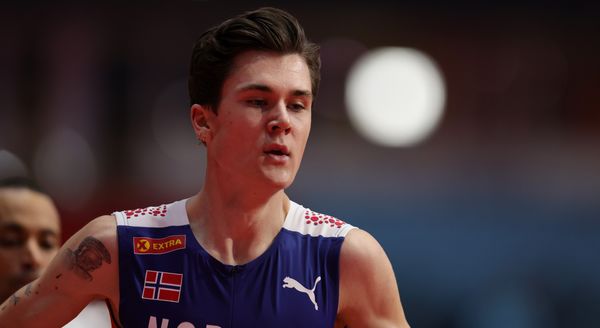 Jakob Ingebrigtsen to drop down to the 800m in Bergen