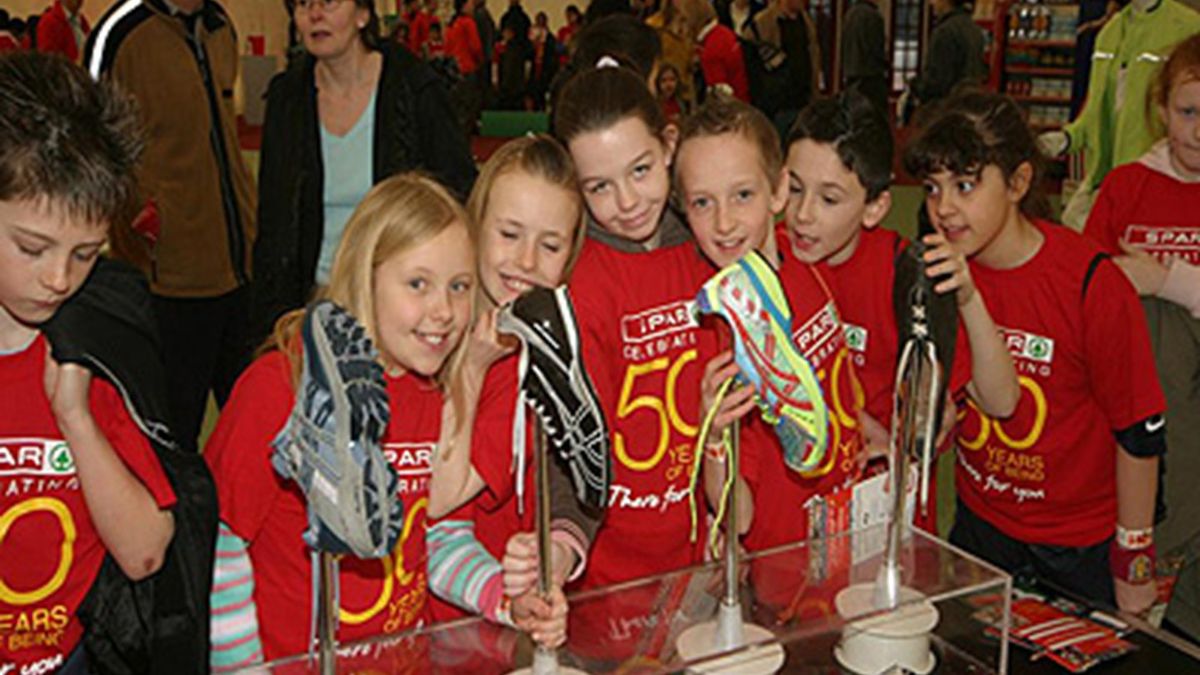 Together with the event’s main sponsor, convenience retailer SPAR, Birmingham City Council commissioned William Anderson’s agency The TeamWorks to deliver the Athletics SPARK, an exhibition that attracted 5,000 visitors in three days and has been described as “fun,” ‘interactive’, ‘educational’ and even “gory.”

“We wanted to take a holistic approach, engage all the senses and use different ways of learning to get our messages across and create a ‘wow’ factor,” says Anderson. “We tried to excite the kids by showing them the many aspects of the sport and what goes behind a top performance, such as training, nutrition, equipment and psychology.”

Housed in a giant, purpose-built marquee resembling a sports hall in a square not far from the arena where the championships took place, the Athletics SPARK comprised four zones: Nutrition and Hydration, Technical, Preparation, and Performance. Each zone was staffed by volunteers from a sports college and local club coaches and included attention-catching objects and information plus activities to engage the young visitors.

For example, visitors to the Nutrition and Hydration zone were immediately confronted with a display of three giant test tubes demonstrating the composition of the human body: muscle, fat and fluid. “They were a bit gory, says Anderson, “but they were also unforgettable,”

Visitors then learned about what athletes need to eat and drink in order to perform at their best. Visitors then had a chance to dash down a shopping aisle collecting food items for healthy diet.

“The sequence of the displays and activities was very logical, in that first visitors were prompted to think about their body and what it needs, and only then did they move on to the performance side.”

The city’s schools were invited to book time to visit and members of the public were able to drop in. “Our publicity budget was very small but because of our location and good word of mouth publicity we had a very high number of visitors.”

Anderson says a follow-up survey showed that visitors reacted very positively to the exhibition. “We even had teachers telling us they were able to link the experience to school work: once back in class the students wrote about it, or used elements of it in mathematics practice.”

The survey also showed that 58% of visitors felt inspired to become involved in some way with athletics.

“The exhibition was clearly a success and the sponsors were satisfied. My ambition now is to recreate it and take it on tour,” says Anderson.