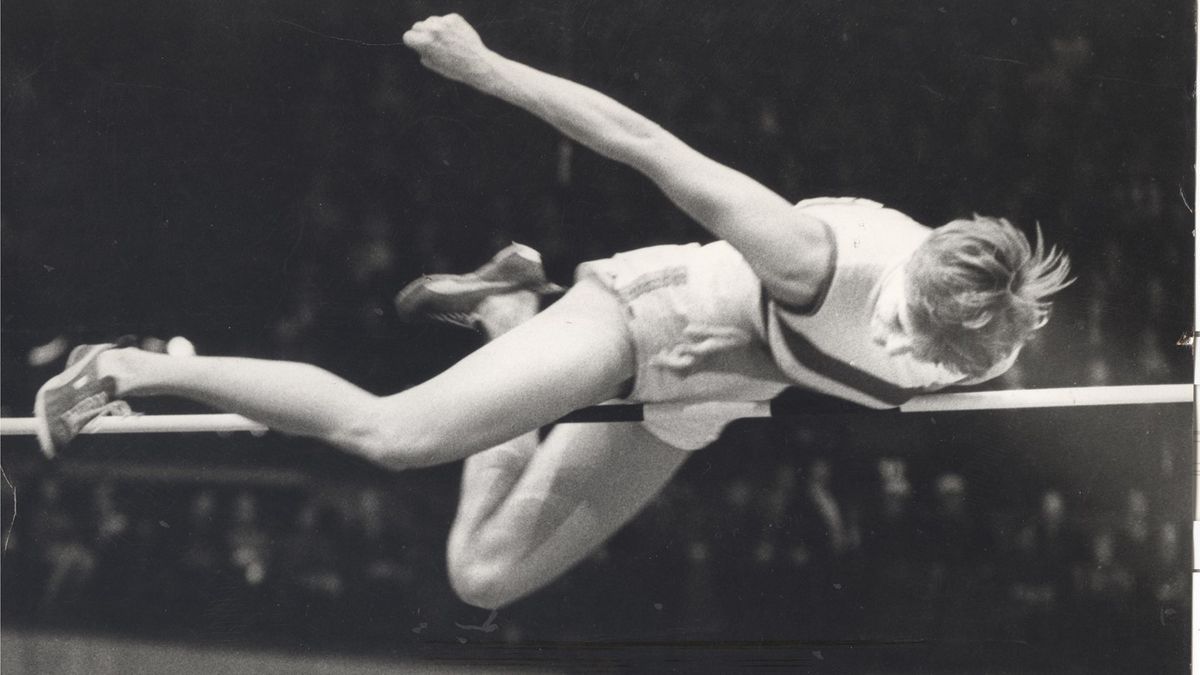 Vienna was snowed in. This was not really a surprise in the land of winter sports but the white stuff came at just the wrong time, briefly threatening the very first edition of the European Athletics Indoor Championships which were meant to take place on 14-15 March 1970.

Soldiers from the Austrian army had originally been asked to help with converting the ‘Stadthalle’ arena from an ice rink used for the ‘Holiday on Ice’ revue to an indoor athletics track but they had been diverted at the last minute to clear snow off the nearby railway tracks instead.

“But then I looked out of my window and saw the young soldiers coming from the railway station towards the venue with their shovels,” recalls Roland Gusenbauer, the head of the championships’ organising committee. “That’s when I knew everything would be all right.” The path was clear for the championships with Austria’s hopes riding on Roland’s wife Ilona Gusenbauer. She was to bring home the gold for the host country.

Ilona, then 22 years old and a mother of a two-year-old daughter, Ulla, was a favourite in the high jump alongside East Germany’s Rita Schmidt, Cornelia Popescu from Romania and Bulgaria’s Jordanka Blagojeva. “I had jumped 1.87m ahead of the European Championships. I had even won over Rita Schmidt in East Berlin, so I was fairly confident,” recalled Ilona, known as ‘Ilo’.

Roland, however, adds that his wife had back pains in the run-up to the championships. “We genuinely didn’t know if she would even be able to start, but then she got electrical nerve stimulation therapy for the pain and everything went surprisingly well after that,” he said.

Ilona, now 72 years old, remembers the day of the big event on 15 March as being ‘like a dream’. “It was just pure joy, a wild celebration. Every day there were 8000 spectators in the Stadthalle. I simply felt wonderful, everything was just so good,” she said. The event itself also went smoothly for her in the end. Husband and coach Roland sat in the stands for the high jump finals, although he was also busy with the organising committee that day.

“At the time, the rules were obviously still very strict, to the point that even eye contact with the coach was forbidden. But of course I looked up at Roland a few times. He helped with instructions and small corrections, which was important especially in the warm-up,” said Ilona.

As so often at major competitions, the Austrian got off to a slow start in these championships. She only cleared 1.70m on her second attempt but after that Ilona, who finished eighth at the 1968 Olympics in Mexico City, gained momentum and cleared the next heights on the first attempt. The field narrowed at 1.82m, and then Ilona was the only one to master 1.85m, on her first attempt nonetheless. That meant gold was secure for Gusenbauer. Popescu, Schmidt and Blagojeva, who each cleared 1.82m, were ranked second to fourth in this order on countback.

The fans in the Stadthalle roared. It was the second European title for Austria in an hour. Just before, Maria Sykora had won over 800m to continue her family’s remarkable run of success. Sykora’s sister, Liese Prokop, had come second in the pentathlon in the 1968 Olympics, and was 1969 European champion as well as world record-holder.

The 8000 spectators had barely calmed down from those celebrations when Ilona soared to new heights. She had the bar put at 1.88m, which would correspond to a new world best (at the time there were no official indoor world records). Twice, the Austrian failed at this height. However, she cleared it on her third attempt. “I recall this jump precisely. This wonderful feeling when you don’t touch the bar and you know that you’ve made it. I sat on the mat holding my head in my hands with joy. It was such a wonderful day!” she said. And a great day for athletics.

‘A great Viennese show’ was the title the legendary athletics journalist Heinz Vogel gave his account of these European Championships in the German magazine Leichtathletik. After the European Indoor Games in Dortmund (1966), Prague (1967), Madrid (1968) and Belgrade (1969), it was in Vienna in 1970 that the breakthrough to the first official European Indoor Championships came. This was also good timing for Austrian athletics which was going through something of a golden age in the late 1960s and early 1970s thanks to the successes of Sykora and Gusenbauer, even stepping out of the shadow of the more popular winter sports.

For Ilona, too, this gold is among the highlights when she looks back at her career. “All my great successes were different, but all of them were wonderful,” she said. In 1971, this included European outdoor gold in Helsinki and a world record in Vienna with 1.92m, surpassing the legendary Iolanda Balas’ mark by one centimetre. She added an Olympic bronze medal in Munich in 1972 to her collection as well.

A small but treasured memory from the championships in Vienna 50 years ago has stayed with Ilona, a unique moment that always helps her remember this gold medal. This brings us back to the adverse weather conditions of March 1970. “On the Monday after the championships I had to go back to the Stadthalle because I’d forgotten something. There was a gusty wind that was blowing copies of the daily newspapers Kurier and Krone through the streets around the arena. And I saw my picture on all the front pages. I’ll never forget that. I suppose few people have experienced something like that.”