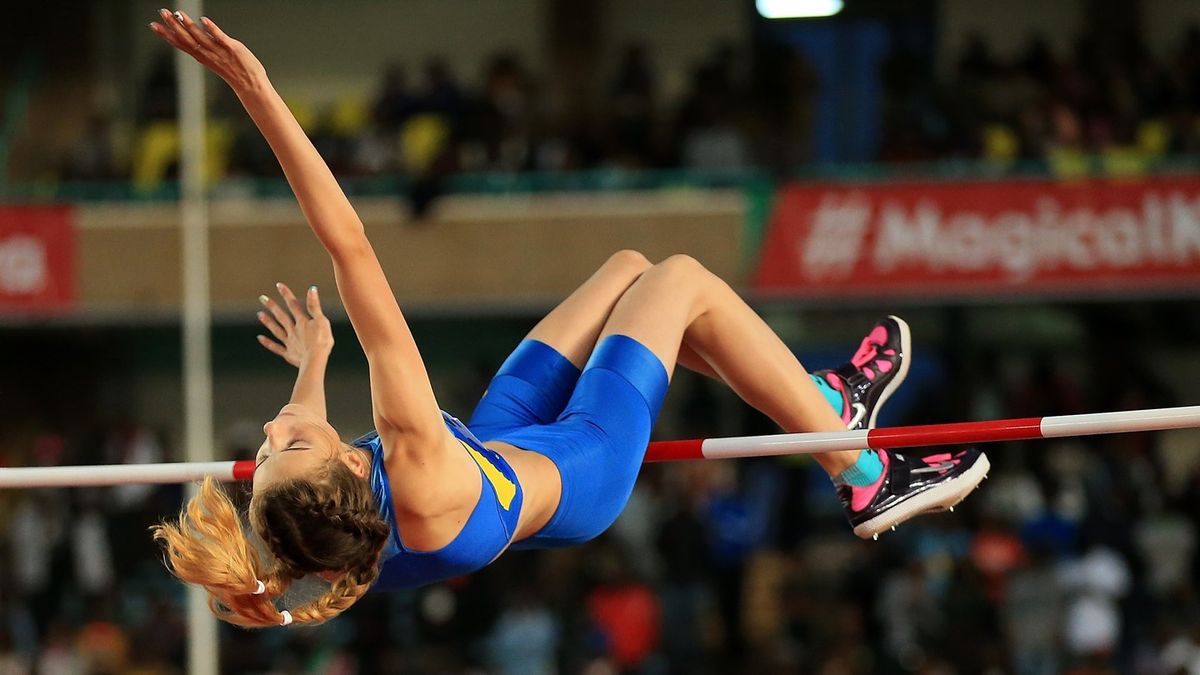 Great Britain’s Amy Hunt took advantage of the near-perfect conditions and the notoriously quick track at the Mannheim Junior Gala in Germany on Sunday (30) afternoon to break a succession of records in an event she won’t even be contesting at the Boras 2019 European Athletics U20 Championships from 18-21 July.

Hunt has been named on the British team for the 100m in Boras later this month (she leads the 2019 European U20 list with 11.31) but it could be over half-a-lap of the track where the 17-year-old might truly excel.

A time inside the 23 second-barrier didn’t seem an insuperable task after winning the Loughborough International at the start of the summer campaign in 23.17 against a stiff headwind but she surpassed all expectations in Mannheim by breaking the tape in 22.42 - coincidentally the same time Dina Asher-Smith clocked in the Prefontaine Classic in Stanford.

Hunt doesn’t progress into the senior ranks until 2022 but she displaced Asher-Smith’s five-year-old British U20 record of 22.61 and also eclipsed Candace Hill’s world U18 best by 0.01. Hunt also moves to equal third on the European all-time U20 list and only Asher-Smith (21.89) and Kathy Cook (22.10) have run faster among British seniors.

Hunt will contest the 100m at the European U20 Championships.pic.twitter.com/Hhi4iTQgnG

Hunt made her major debut at the Gyor 2018 European Athletics U18 Championships last July when she contested the 100m, missing out on a place in the final by just one position.

Reflecting on that performance, Hunt told the Ealing Times: “The semifinal after me had the wind behind them and their times were all faster – I would have won that heat had I been in it. It was a really good learning experience as a whole, though.

“It has made me hungrier to compete at those events – you take on so much in a short space of time.'

Great Britain won five gold medals - and nineteen in total - in Grosseto two years ago and the British contingent looks poised to have another fruitful campaign in Boras. Joshua Zeller won the 110m hurdles in a European U20 leading 13.26 and Alistair Chalmers won the 400m hurdles in 50.60, a time which hasn’t been bettered by anyone else in Europe in the U20 age-group.

Former European U18 champion Holly Mills also set a long jump lifetime best of 6.51m in Mannheim which would translate to a healthy score when she contests the heptathlon in Boras later this month.

Yaroslava Mahuchikh became the first athlete born in the 2000s to clear the 2.00m-barrier in the high jump - a mark which she achieved at the Prefontaine Classic in Stanford to finish third.

The Ukrainian doesn’t officially progress out of the U20 ranks until 2021 but the 17-year-old has adapted to life against senior opposition seamlessly. Mahuchikh created history at the start of the campaign by becoming the youngest ever female winner of a Diamond League event in Doha where she cleared 1.96m at the Khalifa International Stadium which will be staging the IAAF World Championships this autumn.

Mahuchikh is planning to make her senior major championships in Doha later this season but her main goal for the year is the Boras 2019 European Athletics U20 Championships which begin on 18 July.

Mahuchikh won four major U18 titles in 2017 and 2018 - including the European U18 title in Gyor. Not only does Mahuchikh begin as the outstanding favourite to win the high jump, she could also surpass the championship record of 1.95m which is jointly held by two all-time greats of the event - Yelena Yelesina and Mariya Lasitskene.

Competing in Gothenburg, Johansson bounded out to a world U20 lead of 6.72m which also equalled Erica Johansson’s 27-year-old national U20 record. Johansson won the European U18 title in Gyor last July and will be looking to replicate that success at U20 level on home soil in Boras later this month.

Johansson, who has won three senior national titles this year, demonstrated her all-round prowess by also winning the 100m hurdles in Gothenburg in 13.38, the second fastest time by a European U20 in 2019.

Competing at the Dutch U20 Championships in Alphen aan der Rijn yesterday, Van Klinken won the shot put with 17.23m and also surpassed the 60m-line for the first time in the discus, improving her lifetime best from 59.02m to 61.33m.

Van Klinken will begin as the commanding favourite in both the shot put and discus in Boras later this month. She leads the European U20 list in the shot put by almost one-and-a-half metres and has an ascendency of nearly four metres on her nearest rival in the discus.