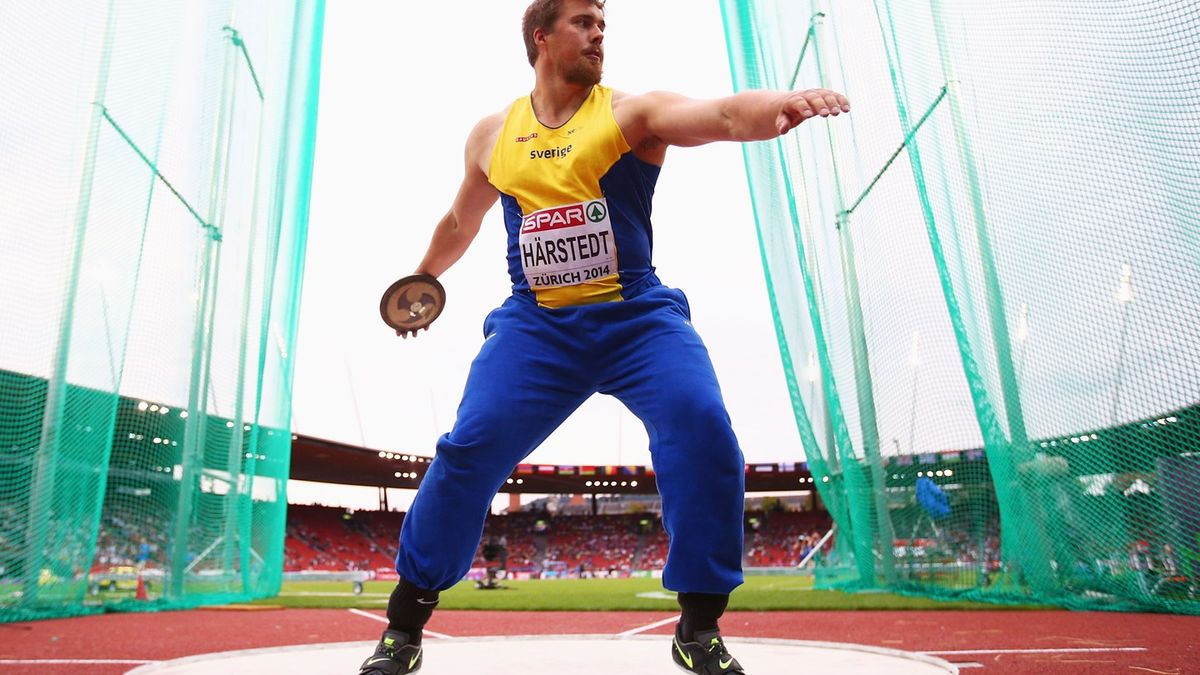 Christin Hussong lived up to her billing as favourite as Alena Abramchuk turned back the clock at the 16th European Throwing Cup in Arad on Saturday. Here’s a look at some of the stories from the first day of action in Romania.

Christin Hussong, a winner of the under-23 event 12 months ago, added the senior title to her collection with another fine victory in her aspiring career.

Yet it was not a straightforward triumph and she had to wait until the fifth round to achieve it.

Hussong, who will be among Germany's big hopes for medal success this summer at both the European Athletics Championships and Olympic Games, won with 61.80m.

But she had to find a throw over 60m to defeat Latvia's Lina Muze whose third round effort of 61.26m put her in front.

Iceland's Asdis Hjalmsdottir had established the early lead with her first throw, 59.53m, which in the end brought her bronze. Hussong's 59.32m moved her in front after two rounds but Muze went ahead before the German star did enough.

It was back in Sofia where she won this title for the first time with 17.71m and today, a second round 17.21m saw her crowned champion again.

Few athletes have such a superb record as Abramchuk in this key event for so many after a hard winter of training.

Three times she won silver as an under-23, and since her victory in 2011, Abramchuk has twice finished runner-up in the senior event while 12 months ago in Leiria she was fifth.

Now she is back at the top of the tree after starting with 16.86m before her winning distance which was then followed by four successive fouls.

It did not matter because no-one could go further with France's Jessica Cerival (17.05m) in second and Marketa Cervenkova (16.86m), of the Czech Republic, in third, while Abramchuk's teammate Viktoryia Kolb, the European under-23 champion, was fourth (16.82m).

Sweden's Axel Harstedt failed to make the final at last year's IAAF World Championships in Beijing but he has started 2016 in style.

Field events can be so much about small margins and Harstedt won with 62.73m from Kupper (62.20m) and Ukraine's Mykyta Nesterenko (62.01m)

Both Harstedt and Kupper had started with no-throws but they quickly got themselves into gear to overtake the lead of 57.15m set by Nesterenko.

Harstedt threw 62.56m in the second round followed by his winning mark the round later as Kupper had only three legal throws, with his best his fifth, a round after Nesterenko's furthest throw.

Turkey's Ozkan Baltaci won silver at the World Youth Championships in Lille in 2011 and he tasted being back on the podium again here in Arad.

Baltaci won this event on a day where there was certainly consistency in his series - with each throw being followed by a foul in the next round. Yet with his third effort of 72.11m, he regained a lead he had lost after the first round where he had thrown 69.72m.

A 71.13m from Croatia's Matija Greguric and 70.00m from Hungary's Bence Halasz, the European junior champion with the 6kg device, had put them first and second respectively.

But Baltaci then came back and the others could not overtake him.

Halasz did hit a personal best, though, of 71.16m in round four to secure second sport from Greguric.

Norway's Sigrid Borge was the dominant winner of the first event of this European Throwing Cup.

And if competitions such as these bring the best out in people, that was definitely the case with Borge who entered with a personal best of 55.72m and broke that with her first throw (57.51m).

It was enough to gain an early lead, from a first round where five of her rivals had fouls, with Spain's Arantxa Moreno (54.75m) in second.

But it was in the second round where Borge extended her advantage even more with 59.33m which proved the winning distance.

She followed with 52.15m and then three fouls but with Sara Kolak, of Croatia, reaching 58.11m in the final round, Borge's second effort was crucial.

The winner was decided in the first round as Sweden's Fanny Roos cleared 16.08m and while she had an inconsistent afternoon following that marker, it did not matter.

Three fouls followed the effort which brought the title and it seemed as though the opening round 15.88m from Alena Pasechnik, of Belarus, would be enough for second. But Frenchwoman Sharon Pierre-Louis jumped in ahead of her as she reached 15.97m in round four, the closest threat to Roos.