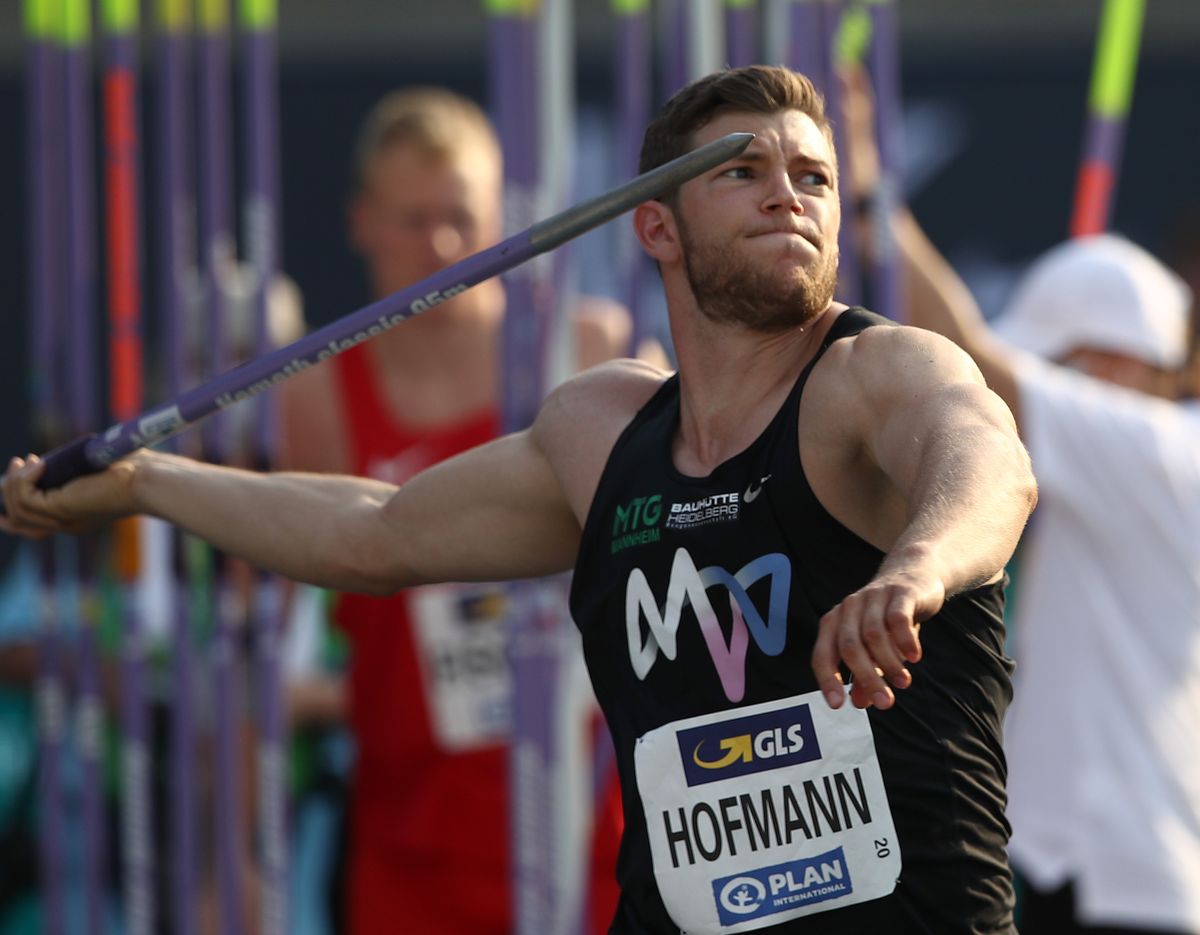 "I am back!" Hofmann defeats Vetter for a winning comeback in Offenburg

In only his second competition since 2020, Hofmann launched the javelin out to 86.52m in the fifth round to defeat his compatriot Johannes Vetter, whose best throw was measured at 85.64m in the third round, on his home track.

"After last year I was in a mental hole. It took me quite a long time to get out of there. But things have been steadily improving since the beginning of the year," said Hofmann, the silver medallist at the 2018 European Championships in Berlin.

In a usually high quality contest, Latvia’s Gatis Cakss finished third with 83.66m while 18-year-old Artur Felfner from Ukraine broke the 80 metre-line for the first time in his nascent career, launching the javelin out to 83.28m to move to fourth on the European U20 all-time list.

Reigning European champion Christin Hussong opened her season with victory in the women’s competition with a best throw of 63.29m, one of five throws in excess of the 60 metre-line.

Miltiadis Tentoglou bounded out to 8.36m in his third competition of the outdoor season to tie the world leading mark in the long jump.

Tentoglou took full advantage of a benign tailwind in Kefalonia to move to equal first on the world lead but the reigning Olympic and European champion is confident that even longer jumps will follow later this summer when he transitions onto a full approach.

"I’m satisfied with today’s mark; I believe I could jump further than that but there is no need for pressure at the moment because it’s early in the season. At this point I’m competing with fewer steps [on the approach] than usual and I’m not doing all the attempts but three or four out of all six," said Tentoglou.

Tentoglou’s next scheduled appearances are the Papaflessia meeting in Kalamata on 21 May followed by the International Jumping Meeting in Kallithea on 25 May, the latter where Tentoglou set his lifetime best of 8.60m last year.

Also in Poland, Adrianna Sulek scored 6290 points to win the heptathlon at the Wiesław Czapiewski Memorial in Bydgoszcz, the first edition of a meeting named in honour of Sulek’s coach who died in 2019.

Sulek concluded her two days with 2:11.25 and her final score was the third best of her career thus far as well as only 25 points adrift of her lifetime best.

"Were it not for the fact that it was the Wiesław Czapiewski Memorial, I would have run the 800m in 2:15, just to keep the victory. But since this is my trainer's memorial and there is no room for poor results, I decided to spit my lungs out and fight," she said.

In the decathlon, Czech Republic’s Ondrej Kopecky - who is coached by former world record-holder Roman Sebrle - set a lifetime best of 8041 points.

Reigning European U23 champion Kristjan Ceh from Slovenia threw 67.40m in the discus in rainy conditions in Maribor on Sunday.

There were also big marks in the hammer in Gyor, Hungary on Sunday with Bence Halasz and Reka Gyuratz taking the wins with 78.72m and 70.06m respectively.

Shanahan and Adeleke revise Irish record on the track