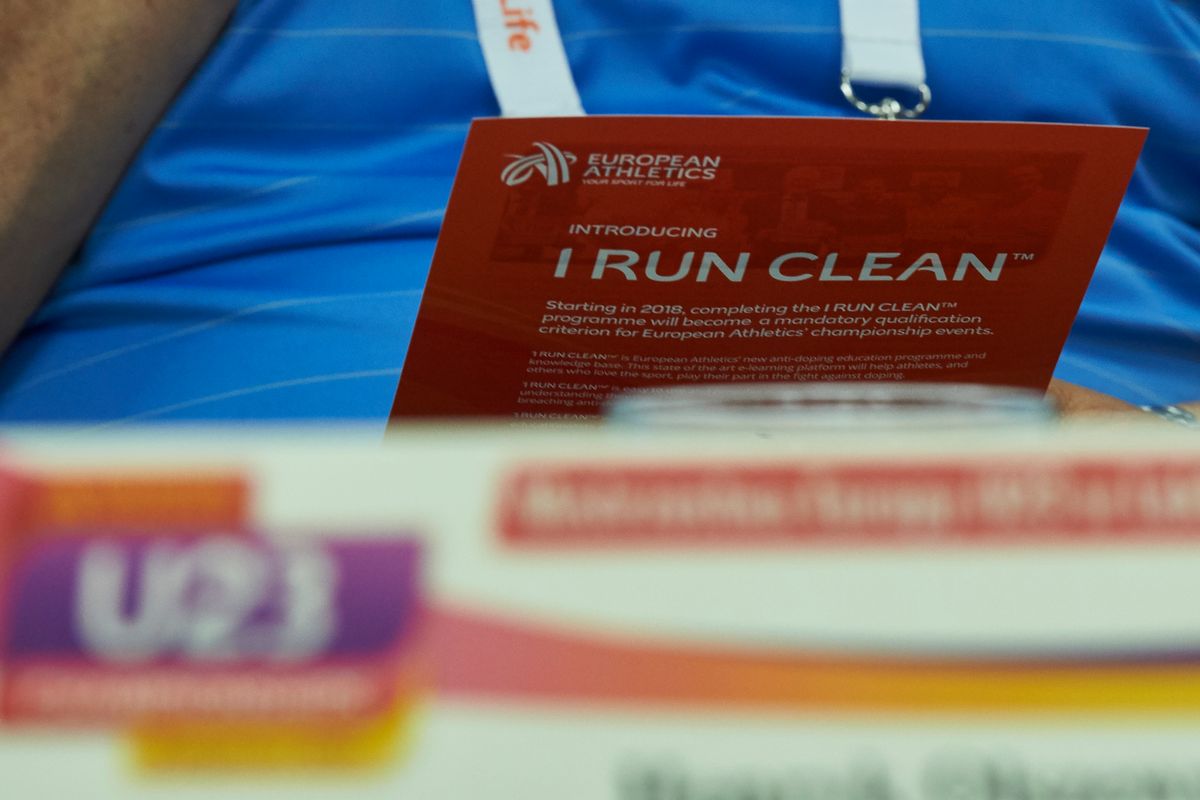 According to European Athletics Executive Board member Jean Gracia, who is responsible for overseeing the I Run Clean programme, the first two months of 2021 saw spikes in the number of both users and individuals holding current I Run Clean completion certificates.

“We are delighted to have already gained as many new users this year as we did in the whole of 2020 and that the percentage of those completing the certification also continues to grow,” said Gracia.

“It is safe to say that many have been elite athletes getting certified in order to be eligible to compete in Torun, but I am sure that increased general awareness of athletics in the run-up to the championships and some national and local promotion campaigns also played a part in driving grassroots athletes and others to visit the platform.”

Available in 26 languages, the eight-module I Run Clean programme has been phased in as a mandatory entry requirement for European Athletics championships since its 2017 launch, first for the U18, U20 and U23 age groups and from 2019 for the senior category as well.

More than 12,000 individuals in 51 European countries hold current I Run Clean certificates and nearly 4,000 others have previously completed the programme but not yet renewed their certificates, which expire after 24 month.

Gracia said he anticipates continued growth in the number of users throughout 2021, thanks to the return of championship athletics in the coming months and a project to expand the programme and reach out to new target groups that is funded by the European Union’s Erasmus+ programme.

“Our project includes a communication and dissemination plan designed to raise awareness and create interest and this should have an impact,” he explained.

Over the next two years European Athletics and a consortium of project partners will create new e-learning modules for coaches, athlete support personnel and parents and will train volunteer ambassadors to deliver I Run Clean workshops in Bulgaria, Estonia, France, Germany, Italy and Spain.

In addition to the national athletics federations in the six project countries, the consortium includes three major European universities: the University of Milan, the Sapienza University of Rome and La Sorbonne Nouvelle in Paris. For more information on the project visit www.iruncleanproject.eu.