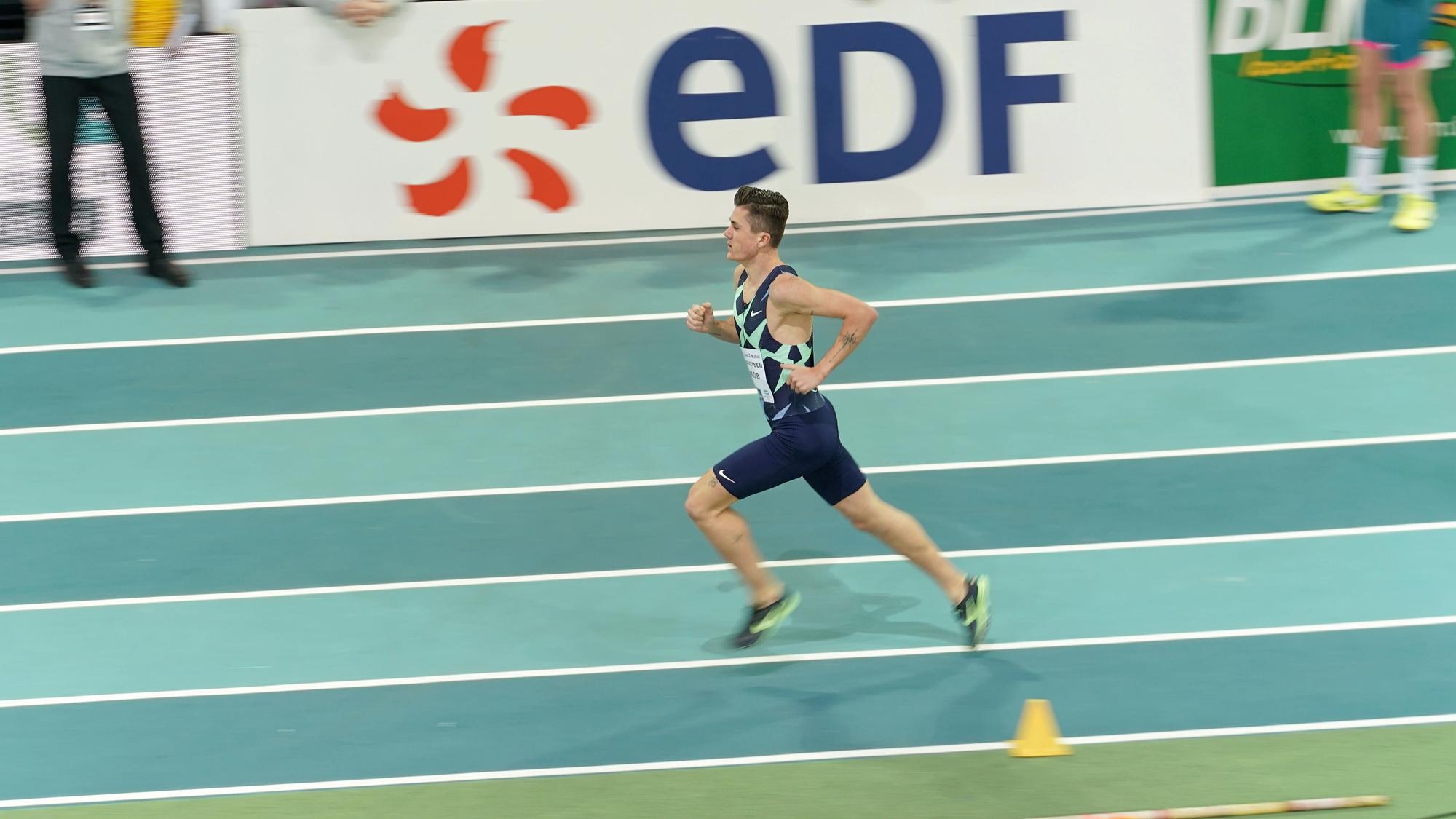 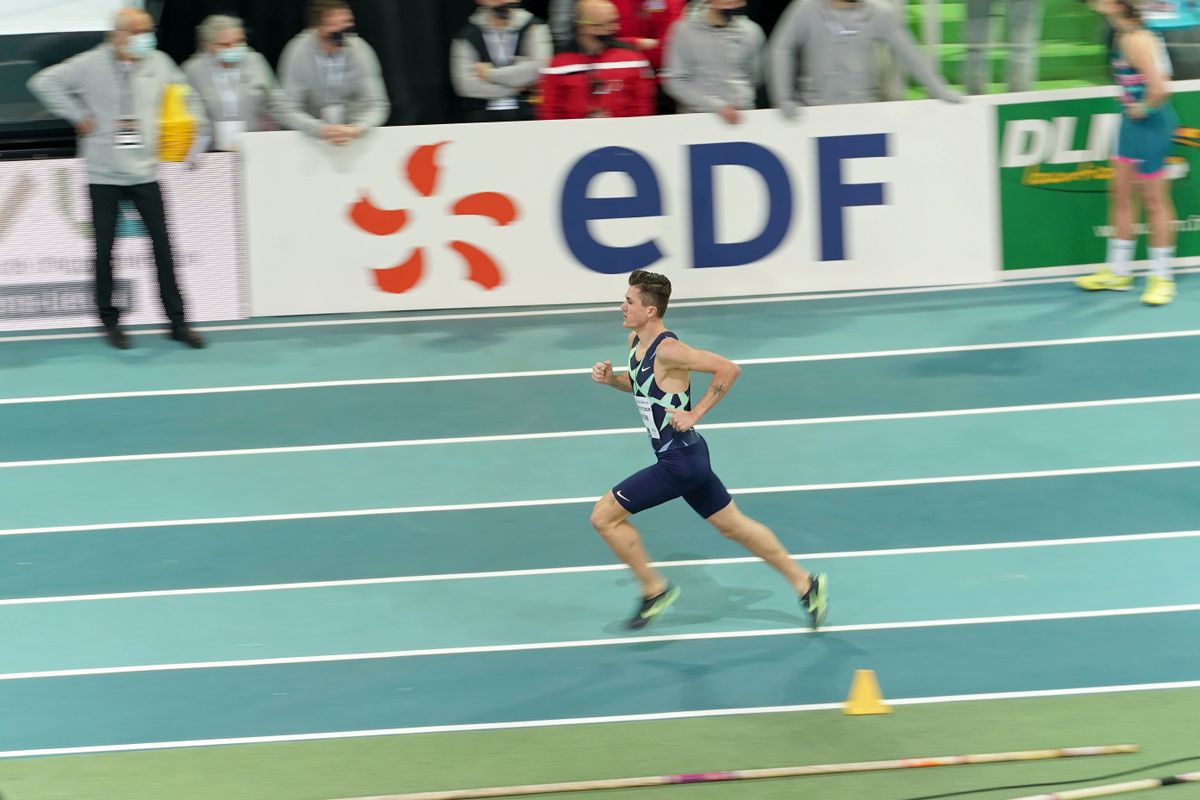 Still only 21, Jakob Ingebrigtsen from Norway achieved yet another milestone by breaking the first world record of his remarkable career at the Meeting de Lievin on Thursday (17) evening, a World Athletics Indoor Tour Gold meeting.

Twelve months after setting a European indoor 1500m record of 3:31.80 on this track, the still-improving Ingebrigtsen took down Samuel Tefera’s world record of 3:31.04, stopping the clock at 3:30.60 to revise the record books by almost half-a-second.

Ingebrigtsen surged past the second pacemaker Erik Sowinski just before the 1000m mark in pursuit of the record. The Olympic champion still had Tefera, who is also the reigning world indoor champion, in his slipstream at this point but Ingebrigtsen was winding up the pace fiendishly and he dropped the soon-to-be deposed world record-holder on the penultimate lap which Ingebrigtsen covered in 27.98.

It was now a race against the clock and Ingebrigtsen was right on pace with the wavelights - a recent innovation to assist middle and distance runners - which were set on 3:31 pace. Rounding the final bend, Ingebrigtsen still maintained his form brilliantly and the Norwegian covered the final circuit in a power-packed 27.54 to stop the clock at 3:30.60, the first ever sub-3:31 performance indoors.

After breaking the European record in an empty arena last year due to coronavirus restrictions, Ingebrigtsen basked in the applause of a capacity crowd at the Arena Stade Couvert de Lievin which has played host to nine world records with Ingebrigtsen's record the latest triumph.

“It’s awesome to be back in Lievin. It’s always a fast race in a nice arena and this time with a beautiful crowd. I’m just really happy to be able to run fast; today was awesome. I like to finish strong. I think it’s nice for the crowd and it’s nice to speed up in the finish. It’s always a great feeling,” said Ingebrigtsen in his post-race interview.

Tefera put up a stern fight and was a creditable second to Ingebrigtsen in 3:33.70 with Spaniards Ignacio Fontes (3:37.39) and Saul Ordonez (3:37.99) a distant third and fourth respectively.

Ingebrigtsen only turns 22 after the end of the outdoor season but he already has ownership of a significant collection of records alongside his Olympic title and his six European senior titles. 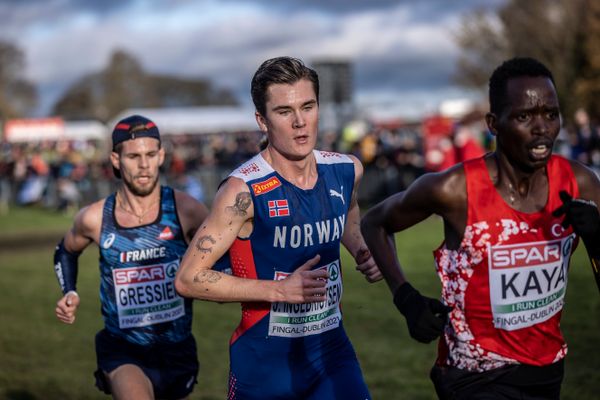