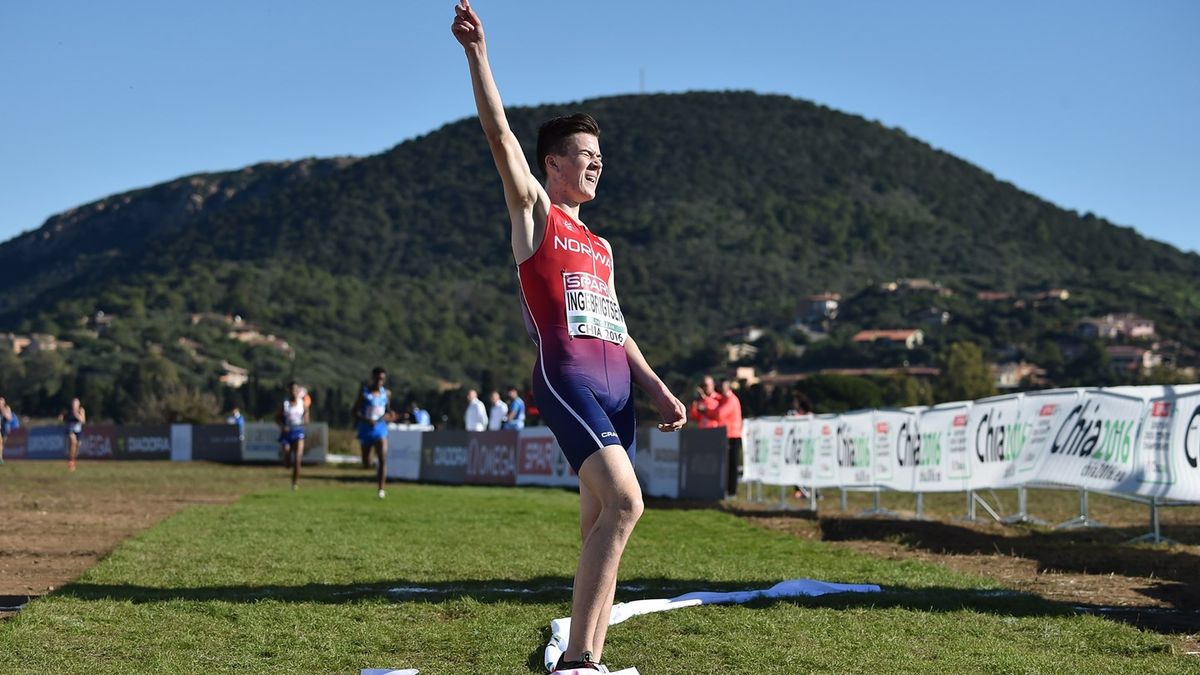 Ingebrigtsen makes history with a sub-four minute mile in Eugene

It is not often an athlete who finishes 11th in a race steals the headlines, grabs all the plaudits and is given a standing ovation by the crowd.

But at Hayward Field in Eugene on Saturday afternoon, they were the honours bestowed upon Norway’s Jakob Ingebrigtsen - the reigning European U20 cross country champion - after he produced a landmark moment in athletics history by becoming the first 16-year-old to run under four minutes for the mile.

Ingebrigtsen, who is not 17 until September, produced a sensational time of 3:58.07 on the second day of the third Diamond League meeting to galvanise his reputation as a rising star of middle distance running.

What a run from Jakob Ingebrigtsen!

The 16-year-old has become the first athlete born in this century to break four minutes for the mile! pic.twitter.com/jDsyDc0OI7

The younger brother of fellow European champions Henrik and Filip, Jakob hit the bell in 2:59 and despite the heat of Oregon and the fact he was beginning to lose ground on the pack, he ran a brilliant final lap to break the world best mark for his age-group of 4:06.7 which has stood since 1972.

As Jakob digested his time, he turned the crowd, hands raised and Henrik, who was third in 3:53.79, joined him in the celebrations, pointing to his sibling, and signalling that the teenager had created history.

'It is amazing to smash such a record in this way,' said Jakob. 'I simply could not get a better start to the season than this. The training has been fantastic throughout the winter and spring and now I have a solid response that it works.'

It is some running family with Filip, 24, the current European 1500m champion after his success in Amsterdam last summer. Older brother Henrik won that title four years earlier in Helsinki.

But there is no doubt who is the star of the family now.

It was the first time that Jakob had tackled the mile at such a level and though he was part of a class field, he never looked overawed. He bided his time, and just when it seemed with 600m to go that he might struggle, he had more than enough left to become the first athlete born in the 2000s to break the four-minute mile barrier.

And as a collective, the Ingebrigtsen family created history. Filip was eighth in the Bowerman Mile - the traditional finale of the meet - in 3:53.23, meaning three brothers broke the four minute-barrier for the first time on the same day.

The progression of the youngest Ingebrigtsen came to the fore last December when he won the junior race at the SPAR European Cross Country Championships in Chia. Now he will head back to Italy in July as one of the big names and favourites for 1500m gold at the European U20 Championships in Grosseto.