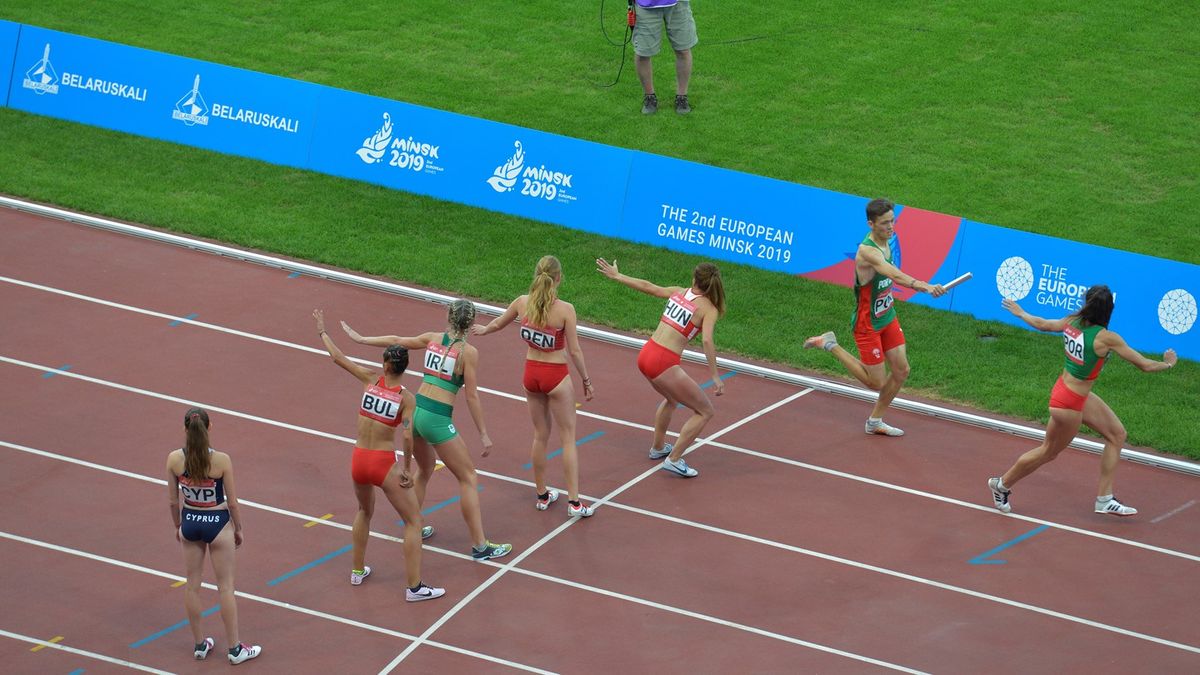 Italy, Greece, Portugal, Hungary, Spain and Turkey all profited from a second bite at the cherry when they qualified through the quarter-finals/repechage of the Dynamic New Athletics (DNA) competition at the European Games in Minsk on Tuesday (25).

The six teams who progressed will join the six who qualified directly from Sunday’s first round – hosts Belarus, Czech Republic, France, Germany, Russia and Ukraine – and do battle in Wednesday’s two semifinals; with this dozen being whittled down further to six for Friday’s final.

The first quarter-final saw an impressive and entertaining battle in the men’s 110m hurdles with Italy’s Hassane Fofana just holding off Greece’s Kostadinos Douvalidis, just 0.02 separating the pair as they crossed the line in 13.44 and 13.46 respectively.

Fofana, who equalled his personal best, was Italy’s only winner in the individual disciplines but three second places meant they went into The Hunt in second place – despite 100m hurdler Guilia Pennella crashing out of her discipline after falling at the first hurdle – and they quickly made up the 3.88 deficit on Greece.

Enrico Riccobon, Irene Baldessari , Giuseppe Leonardi and Giulia Riva combined in the exciting mixed medley relay (800m-600m-400m-200m) to overtake Greece, with third-placed Latvia having too much ground to make up to get into the top two.

Portugal and Hungary took the honours in the second quarterfinal, finishing first and second respectively.

With both teams able to relax going into The Hunt having built up a significant points advantage over third-placed Denmark during the previous eight events, the final mixed medley relay didn’t have quite the same thrills as the first match but the Portuguese quartet, starting with a 3.70 advantage from Hungary, didn’t take their foot off the gas and finished in 4:24.94, the fastest time of the day.

Earlier, maximum points had come Portugal’s way thanks to Carlos Nascimento, who had posted the fastest 100m of the day when winning his race in10.42, while his compatriot Evelise Veiga equalled her season’s best of 6.58m en route to winning the long jump, just three centimetres shy of her personal best.

Hungary’s Greta Kerekes produced the fastest 100m hurdles time of the day with a 13.16 outing.

Another notable mark in this match came in the men’s high jump when Bulgaria’s Tihomir Ivanov cleared 2.26m.

Spain and Turkey added their names to the list of semifinalists in the third quarter-final.

The two teams dominated the earlier eight events but only two points separated the pair from the opposite ends of the Mediterranean going into The Hunt so Turkey – whose 2016 IAAF World U20 Championships bronze medallist Eda Tugsuz produced the best women’s javelin mark of the day with a distance of 61.71m – started with a two-second advantage but Spain fielded a classy quartet of Zoya Naumov, Mark Ujakpor, Saul Martinez and Estela Garcia to come home almost two seconds in front, crossing the line in 4:32.64 including the gap with Turkey second in 4:34.43