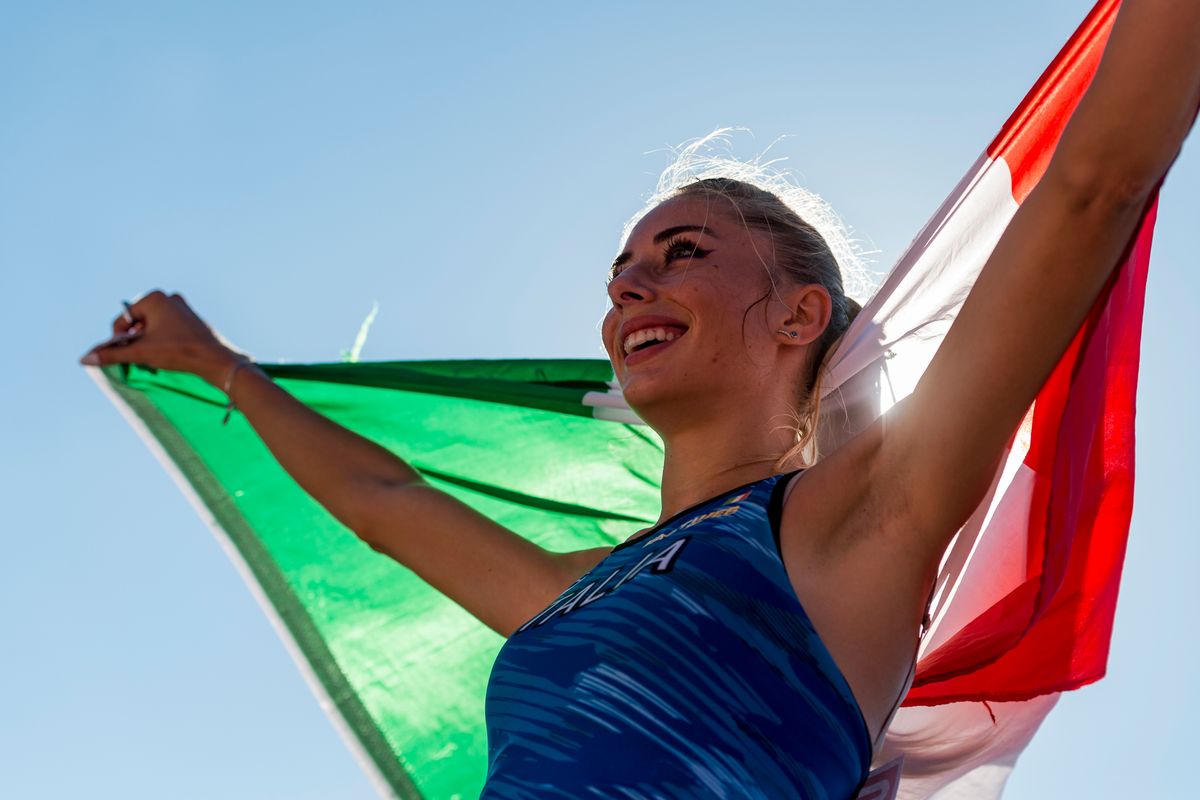 With four gold medals on the last day of the Tallinn 2021 European Athletics U23 Championships, Italy topped the medal table in the Estonian capital with six gold medals and 13 medals in total.

The Germans, who excelled in the men’s and women’s 4x100m on the final day of competition which was briefly delayed by a power outage in the Kadriorg Stadium, finished a close second on the medal table. They also won six gold medals but one fewer silver medal with 12 medals overall.

In terms of medals won, Spain enjoyed a hugely successful four days with 15 medals in total - including three gold medals - while France won 17 medals overall, including a gold medal in a hotly disputed men’s 4x400m in which the initial winners, the Netherlands, were disqualified for obstruction on the third leg.

The gold rush for the Italians on the final day began in the morning session with Andrea Dallavalle producing the only 17 metre-plus jump of the triple jump final. Dallavalle sailed out to 17.05m in the third round to surpass the second round lifetime best set by France’s Enzo Hodebar who landed at 16.99m, aided by a just about legal wind of 1.9 m/s.

Dallavalle is one of a handful of athletes who will now turn his focus to the Tokyo Olympics and he will do so after landing his first major title having won silver or bronze medals at three age-group championships prior to Tallinn.

“Getting a gold medal was almost a taboo, because I always get silver or bronze. It was a tough competition today, I can't deny it - the French jumpers really made me sweat,” said Dallavalle who has extended his lifetime best to 17.35m this season.

The Italians added three more gold medals to their tally in three successive track finals in the evening session. Gaia Sabbatini went through the gears on the last lap of the 1500m final, producing a final lap of 59.83 to win the title in 4:13.98 while a late charge from her teammate Marta Zenoni brought her into silver medal position in 4:14.50.

Simone Barontini followed suit in the men’s 800m final in 1:46.20 before two-time European U20 cross country champion Nadia Battocletti turned the tables on Slovenia’s Klara Lukan - who defeated the Italian for the European U20 5000m title two years prior in Boras - with a third gold medal in a hand-timed 15:37.4.

Germany also enjoyed a brilliant final day in Tallinn which was capped by gold medals in both 4x100m relay finals.

The German team had already set a championship record of 43.24 in the heats of the women’s 4x100m but their quartet which was led off by individual 100m winner Lilly Kaden surpassed that time in the final, stopping the clock at 43.05 ahead of Spain (43.74) and France (44.15).

Their male counterparts didn’t perform brilliantly in the individual events but they showed equally slick baton passing as a collective to win the men’s 4x100m in 38.70 to eclipse not only the championship record but also the European U23 record of 38.77 set by a British quartet at the 2013 edition of the championships. Spain came away with yet another silver medal in 39.00 with Ukraine taking the bronze in 39.45.

Bechmann only recorded a valid mark on his third attempt in the long jump and the German also cut it fine in the pole vault on the second day, needing all three attempts to go clear at his opening height of 4.80m.

Bechmann was also struggling with a foot injury which particularly affected his high jump but the 21-year-old was fully vindicated in his decision to see out the competition.

“Despite the fact that I was thinking about quitting in some moments, I am glad I managed it until the end and that I even won it. I tried my best in every event and just continued step by step,” he said.

Three individual lifetime bests took Bechmann to the title in a lifetime best ahead of 8142 points ahead of Sven Roosen from the Netherlands (8056 points) and Norway’s Markus Rooth (7967 points), the bronze medallist at the European U20 Championships in 2019.

There were also some notable performances further down the results list. An astonishing 5.60m performance in the pole vault - a height not even recorded by a decathlete at senior level at either the World Championships or European Championships - propelled France’s Baptiste Thiery up to fifth overall with 7915 points while Fran Bonafacic finished sixth with a Croatian record of 7760 points to break the national record held by Josko Vlasic, the father of Blanka, since 1983.

In the 3000m steeplechase, the rangy Istvan Palkovits strode away for victory in an unchallenged 8:34.05 ahead of Portugal's Etson Barros in 8:38.00. There was also a historic medal for Nahuel Carabana who picked up Andorra's first ever medal in European U23 Championships history with bronze in 8:39.17.

"Before the race I was really, really nervous," admitted Carabana. "Of course I felt the pressure of being one of the favourites but lately we have been working on that. It's the first time I feel I am among the best in Europe and I managed to perform well during the race."

Hungary also won the women's long jump final courtesy of Petra Farkas whose fourth round effort of 6.73m bested Germany's Merle Homeier who took the initiative in the first round with a lifetime best of 6.69m.

For the 13th edition of the European Athletics U23 Championships, no less that 1161 athletes travelled Tallinn, 72 more than the previous record which was set two years in Gavle. 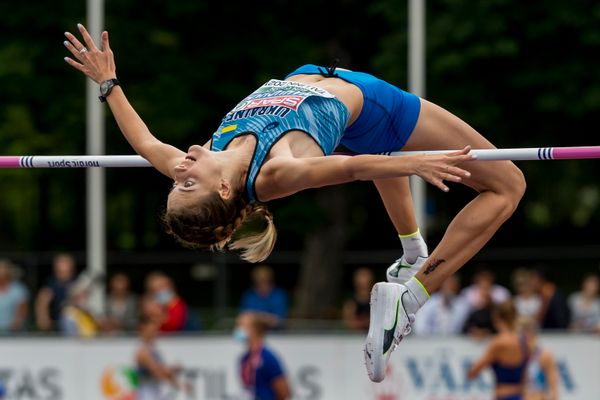 Mahuchikh clears a championship record of 2.00m for high jump gold in Tallinn 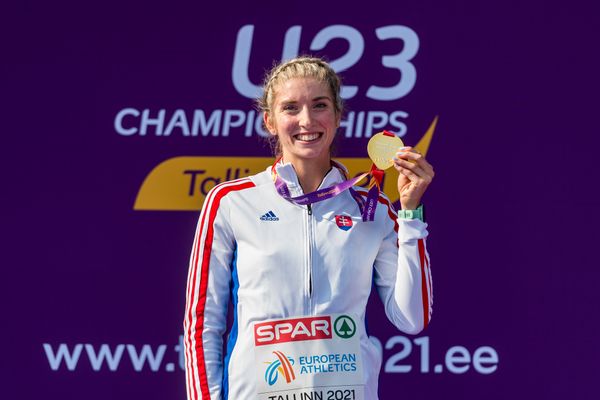 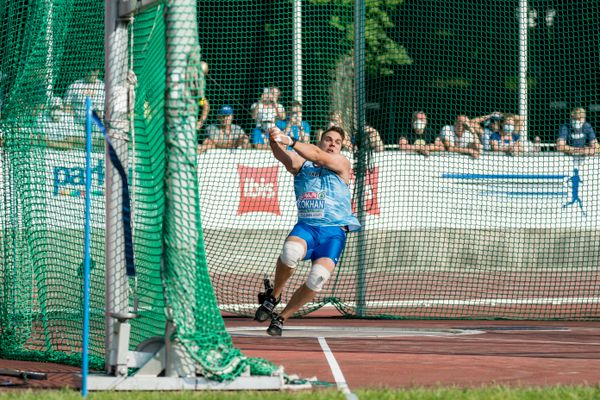