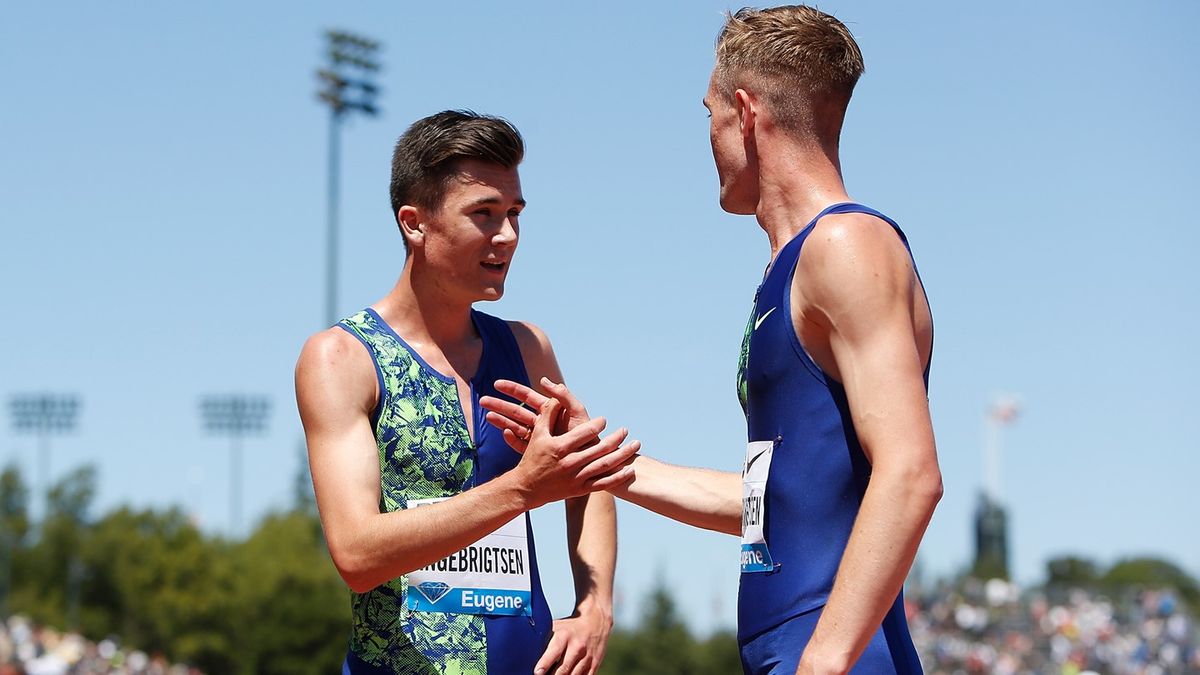 One evening after Henrik Ingebrigtsen coasted to a world leading 5000m time of 13:19.65, Jakob and Filip Ingebrigtsen both came away with 800m lifetime bests at the Boysen Memorial in Oslo, a European Athletics Area Permit Meeting, on Tuesday (30).

Paced by Andreas Roth through 400m in 52.5, Jakob reached the line first in 1:46.44 ahead of Filip in 1:46.74. The 19-year-old improved his three-year-old lifetime best by nearly three seconds and also returned home with the Ingebrigtsen family record at the distance.

Filip had to relinquish his family record in the 800m although his time of 1:46.74 also represented a significant lifetime best. His previous mark stood at 1:47.79.

“I considered for a long time whether I should start or not. It's been up and down after the Impossible Games and I've felt pretty rotten. I really only loosened up a couple of days ago,” commented Filip.

There were also good performances in the throwing events at the Bislett Stadium. Marcus Thomsen threw 20.66m in the shot put and Eivind Henriksen won the hammer with a best mark of 74.31m.

Now based in Norway where she is coached by the great Andreas Thorkildsen, reigning Olympic champion Sara Kolak from Croatia opened her season with three throws over the 60 metre-line including a best throw of 62.42m.