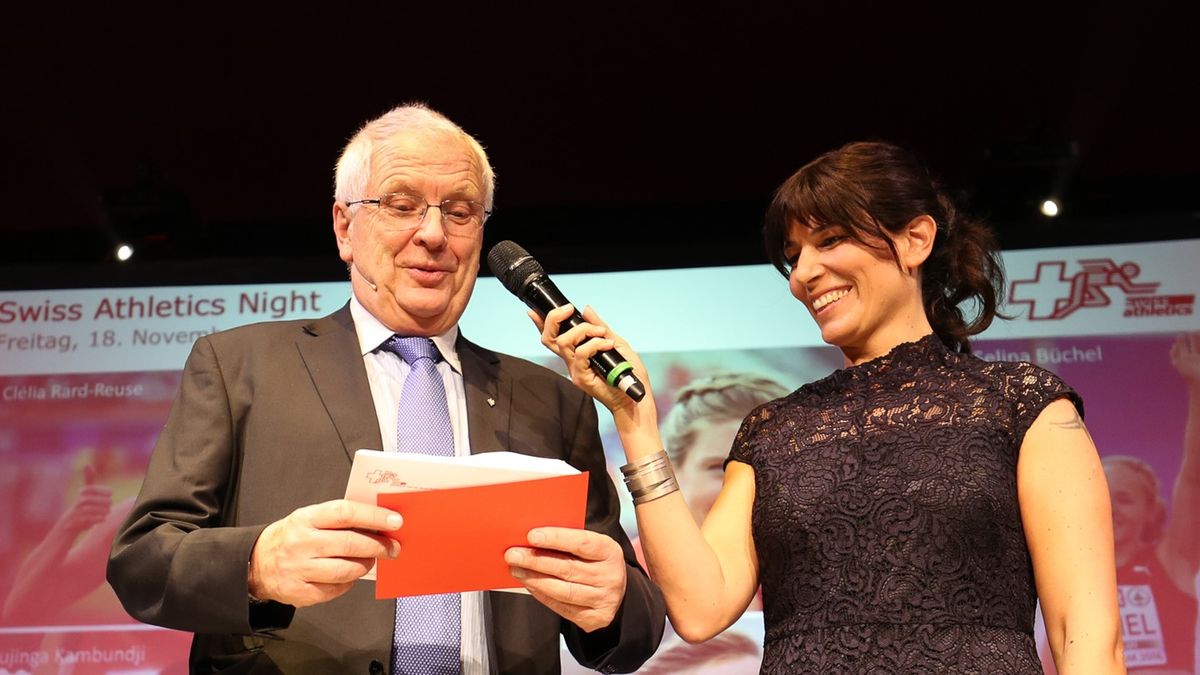 European Athletics continues its series of profiles of women’s athletics leaders on the continent by talking to Janine Geigele, from Switzerland, who is likely to a familiar face and voice to anyone who has attended the famous Weltklasse Zurich meeting in the last 25 years or more.

I competed from the age of six to 21 in a variety of events: hurdles, jumps and multi-events, and won a lot of medals in local competitions. I really like the sprint hurdles, high jump and multi-events, they are my favourite disciplines in our sport.

At the age of 14, I also started working in local radio and then progressed into print journalism even though I was quite young. I reported on athletics events in my region for the Bieler Tagblatt newspaper, covering just about every athletics meeting there was. I was also a stadium announcer for local athletics events.

Yes, at 19 I became a stadium announcer for the famous Weltklasse Zurich meeting when it was a Golden Four meeting back in the 1990s and I did that until I was 25, before moving on to work in TV, and then I filled that role again in 2018 and 2019, when the meeting was an IAAF Diamond League final.

I was also lucky enough to go to the 1992 Olympics in Barcelona as a radio reporter when I was only 18. I didn’t have accreditation, so I was outside the main stadium reporting from there.

When I started on Swiss national TV in 1999, I became their youngest female sports journalist and presenter ever and was one of only three women there at the time.

'When I first started in journalism it was very hard to make progress, in part because of the lack of female role models.'

Janine Geigele on forging a path in Swiss journalism and how athletics can redress the gender imbalance.

However, I took a break from athletics from 2005 to 2007 when I was based in Spain and working as the Media Director of the America’s Cup which was being held in Valencia.

I then returned to the sport after that event and was Media Director of the Weltklasse Zurich meeting. During this period we initiated a lot of kids programmes in conjunction with the meeting which got extensive exposure, and I was also the Media Director of the Zurich 2014 European Athletics Championships.

Nowadays I have my own PR and media company.

To what extent have you been involved in European Athletics Women’s Leadership Programme activities?

I was a participant in the Women’s Leadership Seminar in Brussels two years ago, in 2018, after being invited to go by the Swiss federation because even though I am not directly involved with it, I am close to them and know a lot of the people who work there. (I was a recipient of a European Athletics Women’s Leadership Award in 2015 after being nominated by the Swiss federation.)

It was good to meet other people at the Seminar, share experiences, and some of the inputs were very interesting. I went there looking to improve my network, and with an attitude of being open to new ideas.

What advice would you give to other women that are involved in athletics?

The most important thing is to understand your business, whatever aspect of athletics you are part of. Ask yourself, 'What skills do I need? What do I want to do? How do I want to be perceived?' I would tell woman to become confident and develop their skills. This is the key to succeeding.

Mentoring can also help women so this is an option for your development. I didn’t have a mentor earlier in my career but I would have loved to have had one, it would have been so helpful. When I first started in journalism, as a young woman, it was very hard to make progress, in part because of the lack of female role models and specific guidance about how to achieve your ambitions.

What more can European Athletics do to progress a gender balance in the sport?

Like in every sport, I feel European Athletics should be doing more to give women a voice, and athletics needs more women’s voices within the sport.

I understand that European Athletics is building an Alumni Network and this is a good thing, something I would also certainly use. Knowing each other better and helping each other can only be good for everyone.

At least the chance for women to succeed in athletics, and in my specialist area of the media, is a lot bigger nowadays – better than ever before. We have never seen so many women in the sports media business but there is still a long way for to go for true gender equality and there are still a lot of prejudices in this business.