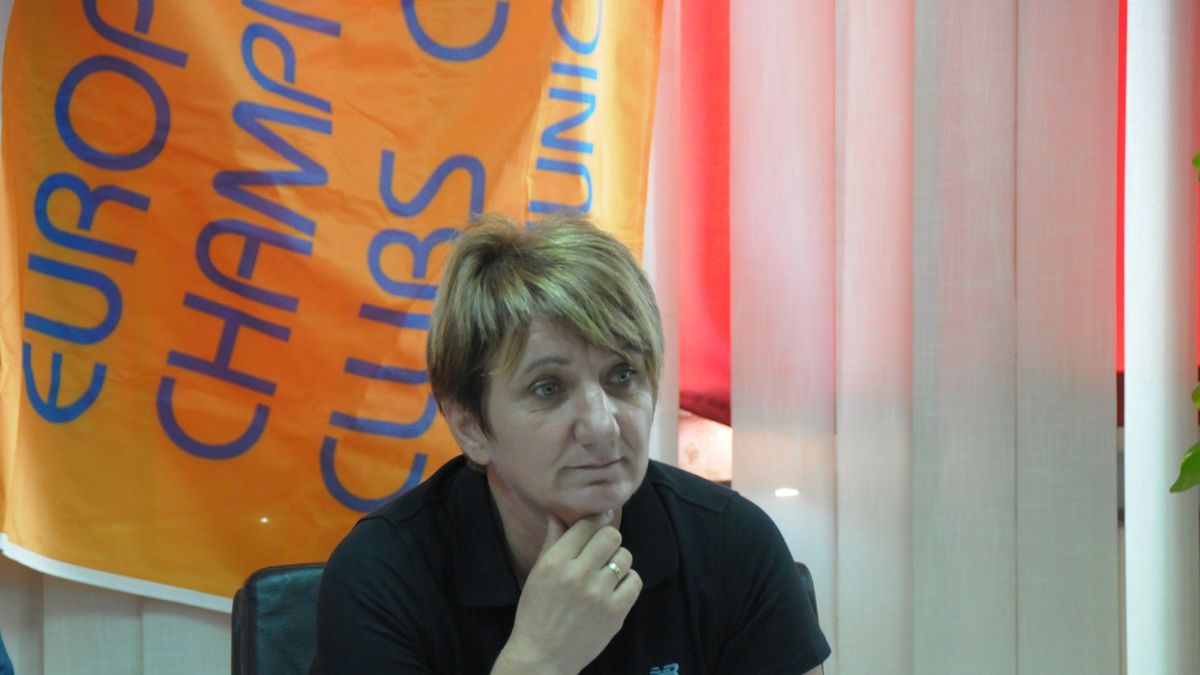 Some Olympic athletes settle for a quiet retirement, reflecting on their achievements and moving on to pastures new, leaving athletics well and truly in the past. But not Kada Delic-Selimovic.

Within four years of setting her lifetime best in the 10,000m walk, she had been appointed as director of her hometown club in Tuzla, Bosnia and Herzegovina, and embarked on a post-retirement administrative career that has led to many achievements and high points, not least of which was her country’s nomination for a 2013 European Athletics Women’s Leadership Award.

It could all have been very different. Like many youngsters, it was running that a young Kada first tried, although her family situation meant that she was 18 years old before she could train regularly and devote herself to the sport. Good enough to represent the then Yugoslavia at events ranging from cross-country to 3000m, she became a race walker almost by chance.

“I accidentally switched to race walking because I was always attracted to it and there were lots of walkers in my club,” she recalls. “At first I just copied their training and it turned out that I was good. Soon I was performing at international meetings in Budapest and Russia. At the Yugoslav championship I set new records in the 3000m, 5000m and 10,000m.”

Like with many in the Balkans region in the early 1990s, athletics became the least of Kada’s concerns, as war tore her country apart. But the struggle to participate in the 1992 Olympic Games shaped her character, making her determined to succeed. The war also showed her the importance of having a fixed place to train and to call home.

“I trained for the Barcelona Olympics under the shells, without preparation, without quality training and with no competition. After the 1993 World Championships in Stuttgart, I stayed in Germany until 1996,” she says.

Upon her return to Tuzla and accepting a role as director of her club, Kada knew what her main priority should be and applied her determination: “My big wish was for the city of Tuzla to have an athletics track. We’d had Olympic participants since 1976 and great athletes, but we’d never had a running track.

“My goal was for that to change by convincing local authorities that Tuzla as the center of Tuzla Canton, deserved to have a modern, all-weather track. I was able to demonstrate the importance of such a facility for children from primary and secondary schools, for students, athletes and for recreation. Everything was finally completed in 2002.”

Once completed, it was then up to Kada to demonstrate the value of having such facilities. “We wanted to show everyone, so we organized an international athletics meeting, which included over 100 athletes from 10 countries in Europe and attracted 5,000 spectators and a direct TV audience of over 2 million.”

The European Champion Clubs Cup for Juniors followed in 2003 and since then the facility has played host to a number of high-quality events, revitalising the sport in Tuzla. “We’ve helped to include a larger number of children in athletics, recruited qualified staff and carried out infrastructure construction, and we hope that we will have great results again,” Kada explains.

Kada’s other passion is the Special Olympics. Her role as the Executive Director of the Bosnian organisation has seen her organise a large number of domestic competitions, not just in athletics, but in swimming, table tennis, football, basketball and volleyball. “My goal there is to show that people with disabilities exist, and that they want to play sports, and that they can pursue their results within the limits of their capabilities.”

With a recently completed doctoral thesis on “Selection and development of young and talented athletes to achieve top results,' Kada looks to the future with optimism and with further targets in sight. “I want to enable every child to play sports, with a special focus on those from rural areas and the female population, to promote recreation for women,” she says.

The emphasis on women comes, in part, from Kada’s own experience. “I’ve always faced challenges, especially being a woman, but I have the strength to fight the odds. It was even harder when I became women’s national team selector and the director of the club. I have often been subjected to discrimination, but I’m also someone who has managed to beat the traditional stereotypes. I think that women could contribute far more in popularizing the sport and I think there is a lack of leadership and desire to put women in managerial positions.”

Milan Pedalo, General Secretary of the Bosnia and Herzegovina federation, confirms how highly regarded Delic-Selimovic is in her country: “Kada is known as a hard working woman, an experienced professional, and a very good organiser who doesn't recognise any obstacle. She is also known as a great communicator, who is always ready to help and advise.”

Few would argue with that.

The aim of the European Athletics Women's Leadership Awards is to recognise the behind the scenes work and accomplishments that have helped to make the winners role models for other women in athletics. Coaching young athletes, officiating, setting up and managing clubs . . . their achievements are as varied as the individuals themselves.

In 2013, 26 women, including Kada, were selected for the award by their national athletics federations.