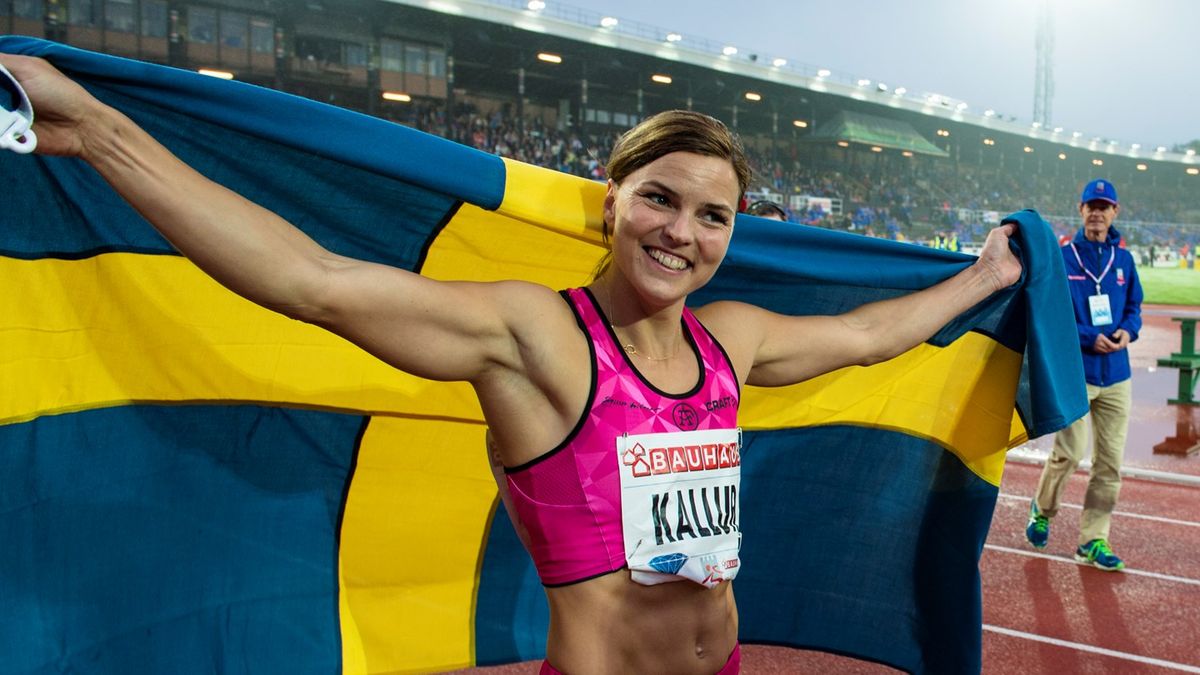 Susanna Kallur led the way as Sweden’s athletes gave their fans a memorable send-off ahead of the Olympic Games in Karlstad on Wednesday night.

One of the most heartwarming stories of the summer will see 100m hurdler Kallur back at the Olympics in Rio next month for the first time since she crashed out in the semi-finals in Beijing in 2008.

Injuries have plagued her since, but she never gave in.

At the start of July, Kallur, 35, was back on the major championship scene when she ran at the Europeans in Amsterdam, reaching the semi-finals and narrowly missing out on the final.

And now she will go to Rio with a fine win under her belt after victory at this final meeting of the Folksam Grand Prix 2016.
Kallur won in 13.06 from Belarusian Katsiaryna Paplauskaya (13.32) and Croatian Andrea Ivancevic (13.40) to the delight of the 5,000-strong crowd at this European Athletics Outdoor Classic Meeting.

After her exploits in Amsterdam, the 2006 European champion had to nervously wait to see if she would be selected for the Games, despite having run inside the Olympic qualifying time of 13.00 in June with her season's best 12.91.

The Swedish standard was 12.80 and when she was chosen for the team, Kallur told aftonbladet.se: 'I thought it could come true, but many times it has felt very far away. It is such an amazingly great feeling that I actually have a ticket to Rio.'

Daniel Stahl will also be looking to make an impression in Rio, too, after his fifth in the discus in Amsterdam but he had to leave it late for victory with 64.24m from fellow countrymen Simon Pettersson (61.77m) and Axel Harstedt (61.39m).

Pettersson’s top mark came in the second round which put him in front as Stahl had only two legal throws from his opening five, the best being the fourth with 61.59m, before he delivered a sucker-punch with his last effort for the win.

It was the same story for teammate Kim Amb in the javelin.

Australia’s Hamish Peacock had led after five rounds with 77.27m but the final round changed it all with Amb landing a throw of 79.42m and fellow Swede Gabriel Wallin taking second with 77.35m.

In the high jump, Sweden's Rio-bound Sofie Skoog needed only one attempt at clearing 1.89m for victory as she beat Germany’s Jossie Graumann (1.86m) and Slovenia’s Marusa Cernjul (1.86m).

Topped by winning 200m silver at the European Athletics Championships in Amsterdam, it has been a year to remember for Turkish sprinter Ramil Guliyev and now he has another national record to his name.