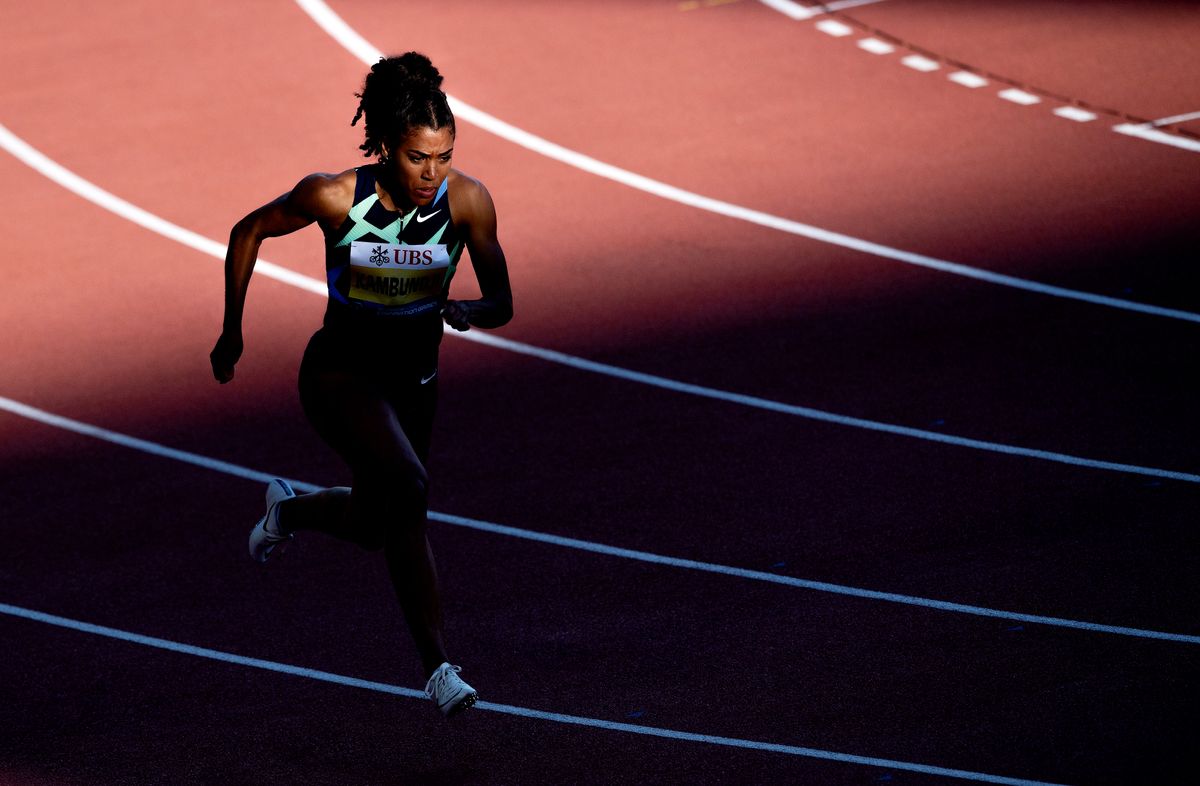 Mujinga Kambundji provided two of the highlights on home soil at the AtleticaGeneve meeting on Saturday (12), a World Athletics Continental Tour Bronze meeting.

Kambundji missed the indoor season due to a foot injury but the world 200m bronze medallist is showing excellent early season form across all distances.

Fresh from a third-place finish over 200m in the Florence Diamond League, Kambundji won the 100m in 11.07 ahead of Swiss teammate Saloma Kora who ran a big lifetime best of 11.12 with European indoor champion Ajla Del Ponte third in a season’s best of 11.18.

“I was still tired from Florence, but it's really great. I feel great,” said Kambundji.

Fourth at the World Athletics Championships in Doha, the Swiss team showed excellent form as a collective again to win the 4x100m at the start of the programme in a world leading time of 42.42 ahead of the Netherlands in 42.82. Schippers also raced individually in Geneva, finishing fourth in the 100m in 11.25.

Kambundji’s younger sister Ditaji gave further notice of her ability in the sprint hurdles with the Tallinn 2021 European Athletics U20 Championships just over one month away.

Kambundji finished a close third in Geneva behind France’s Laura Valette and Belgium’s Anne Zagre in 12.87 and 12.90 respectively.

There were also fast times in the 400m and 400m hurdles. Lieke Klaver from the Netherlands equalled her lifetime best of 50.98 and teammate and training partner Liemarvin Bonevacia ran a European leading time of 45.01 in the men’s 400m ahead of Jochem Dobber in 45.37.

In the 400m hurdles. Ukraine’s Viktoriya Tkachuk lowered her lifetime best to 54.60 to defeat reigning European U23 champion Paulien Couckuyt who broke the long-standing Belgian record with 54.95 while in the men’s race, Estonia’s Rasmus Magi ran his fastest time in five seasons with 48.49 ahead of Germany’s Constantin Preis who improved to 48.60.