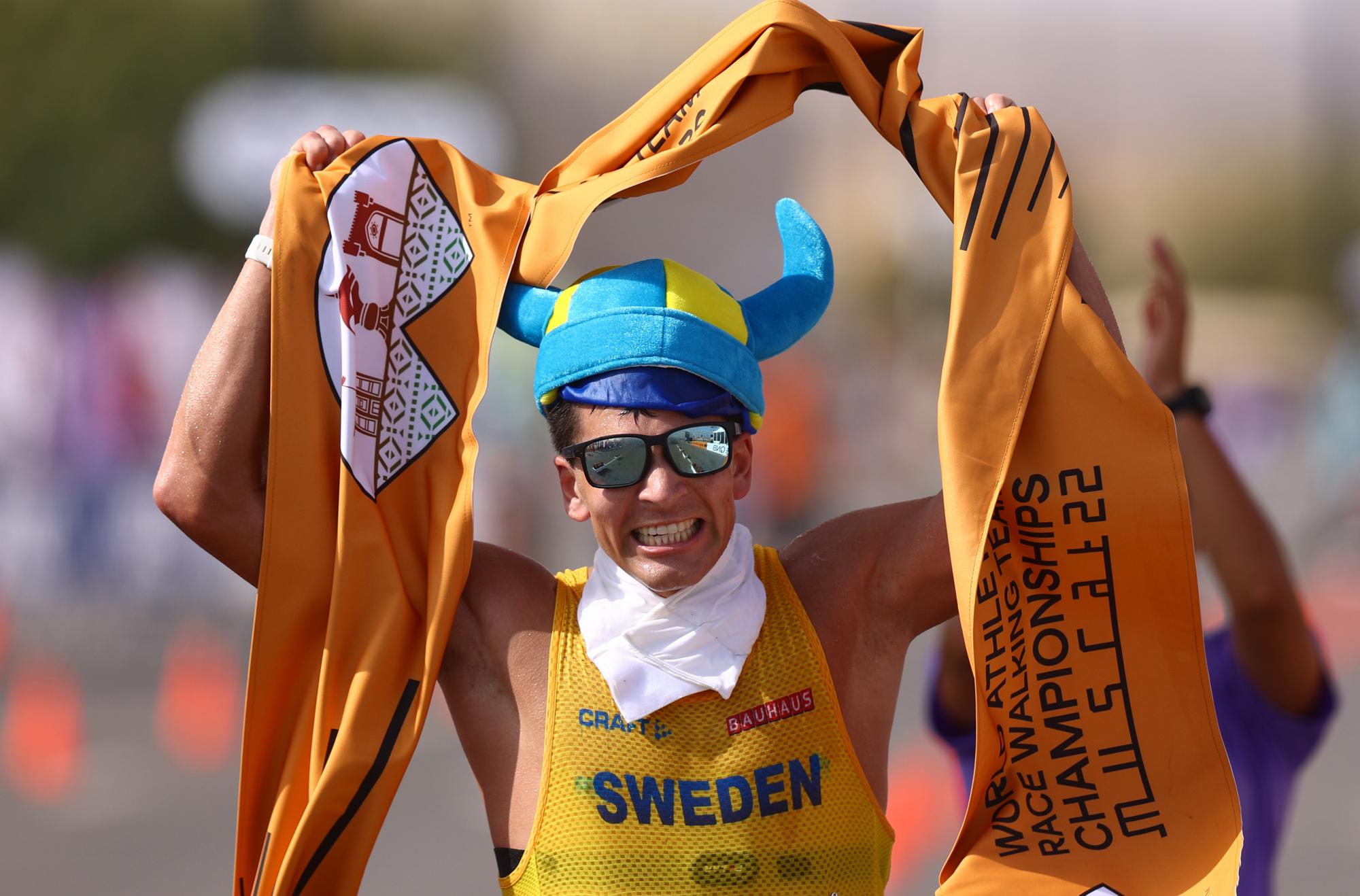 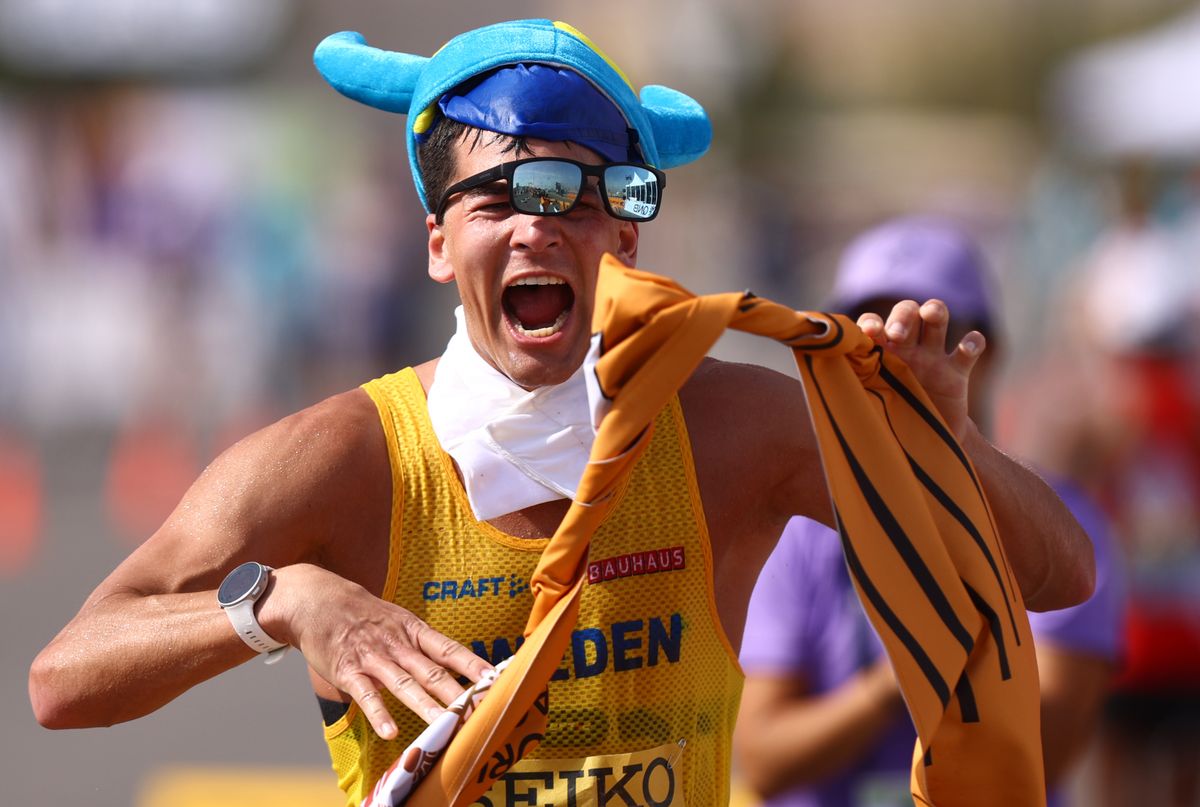 Karlstrom gets Europe's first gold with 35km victory in Muscat

Perseus Karlstrom produced the first European win at this year’s World Athletics Race Walking Team Championships in Muscat when he stode to victory in the men’s 35km event on Saturday (5).

Karlstrom pulled away from Spain’s Alvaro Martin, the reigning Europe champion over 20km, with just over three kilometres to go and was never seriously challenged during the final stages of the race, eventually crossing the line in 2:36:16 while wearing the Viking hat he donned several hundred metres before the finish when he was as good as assured of victory.

“I certainly did not expect that,” said the 31-year-old Karlstrom later, whose watching mother Siv Gustavsson was a winner in the forerunners of this event in 1977 and 1981.

“I was coming out of last season with a hamstring injury, came out of that and then was just starting to build back up; then I caught Covid, and I was bad for three weeks.

“In the last few weeks, I haven’t been able to push the intensity, I’ve had only one good session each week, but I had a really good training session 10 days ago. The slower pace at the start was also to my advantage,” added the Swede, who also won over 20km at the European Race Walking Team Championships last year and its predecessor, the 2017 European Race Walking Cup.

Martin finished second in 2:36:54 and was shortly afterwards joined on the podium by his compatriot Miguel Angel Lopez, the former European and world 20km gold medallist coming through for third in 2:37:27.

Individual gold to Sweden and Spain wins the team title!

With Martin and Lopez getting in the top three, the Spanish scoring trio was completed when Marc Tur came home 11th and the Spain comfortably took the team title with 16 points while Germany added to the European presence on the podium by taking the bronze medals.

In the women’s race, Katarzyna Zdzieblo produced an outstanding, focussed effort to get her first major international medal when she finished third in 2:51:48, racing alone in that position from just before 19 kilometres. The Pole crossed the line just over three minutes behind the Ecuadorian winner Gelnda Morejon, who stopped the clock in 2:48:33.

Laura Garcia-Caro finished just outside of the medals in fourth with 2:52:10, despite a valiant effort to reel in Zdzielbo over the final four kilometres after having been 48 seconds behind her at 30km, but she led Spain to the team silver medals behind Ecuador and just ahead of the highly favoured China.

Spain also led the way for the continent in the men's 20km later in the day with Diego Garcia the first European across the line in fifth place, with the Spanish team also finishing in the same position.

Full results of all races in Muscat are available here. 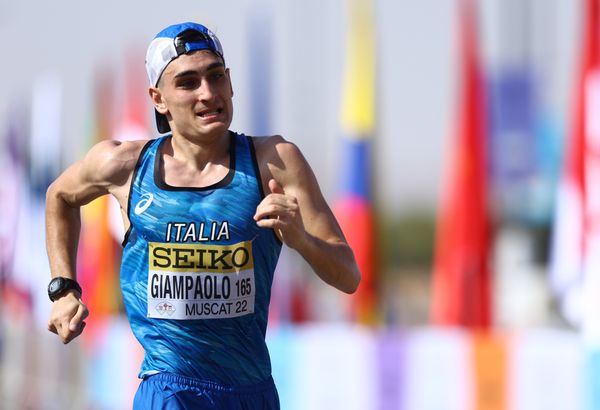 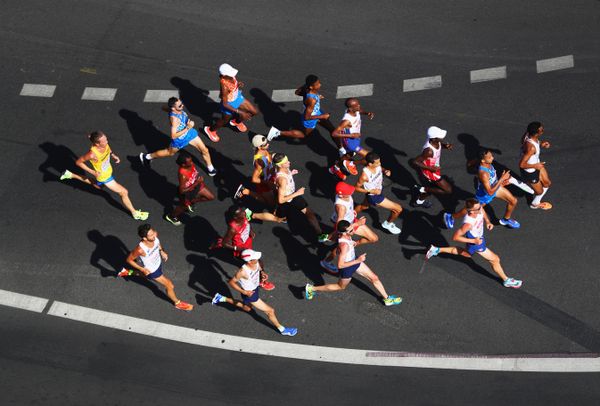 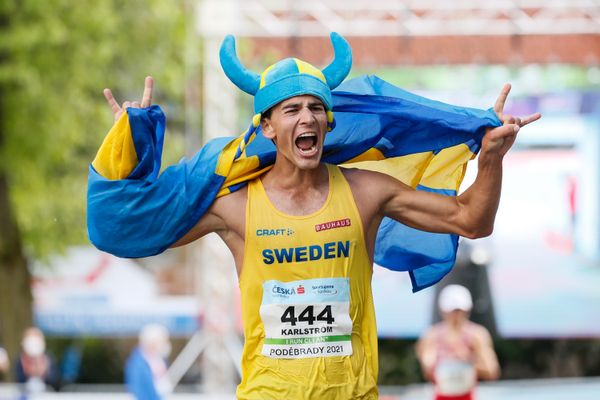