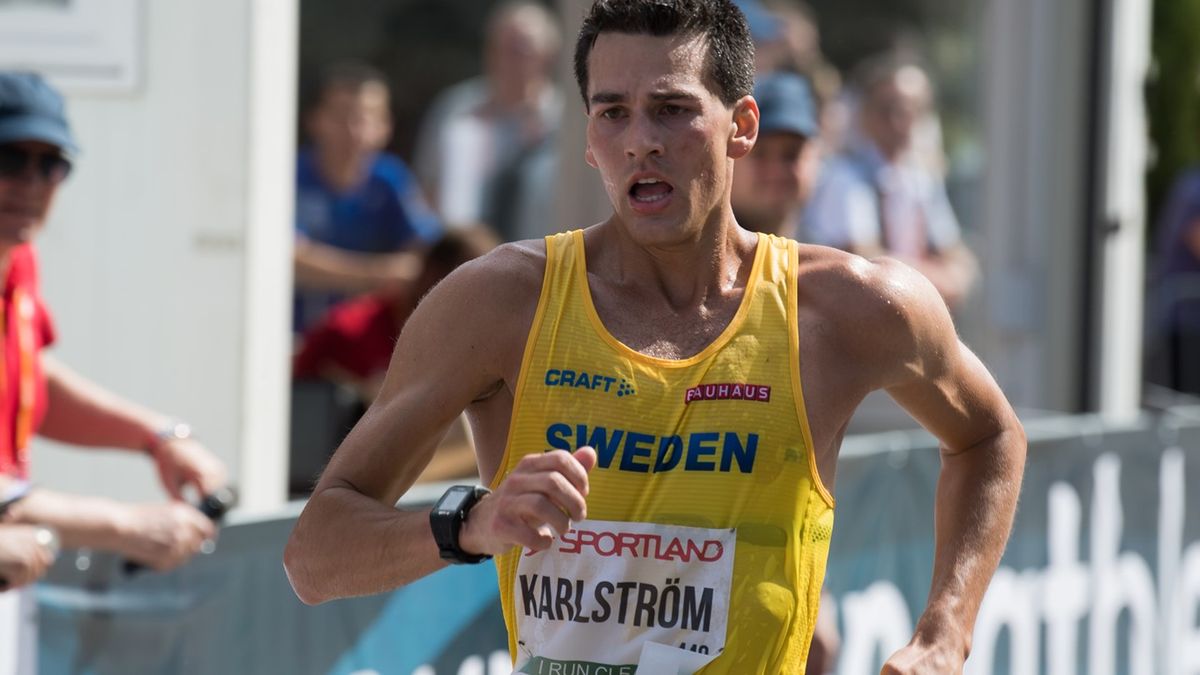 The men’s 20km race walk at the European Race Walking Team Championships in Podebrady, Czech Republic on Sunday (16) should literally be a stroll through the park for two race walkers.

The event will be streamed live through the European Athletics Facebook page on Sunday courtesy of the Czech Athletics Federation and live results will appear here. Final entries can also be found here.

Reigning champion Perseus Karlstrom from Sweden and Turkey’s Salih Korkmaz top the entry list in terms of best times for 2021 by a distance. The conundrum is: how hard will they go?

A good workout for both will undoubtedly bring sub-1:20 clockings, and maybe even the mouth-watering prospect of a sprint at the end. History would also be made if Karlstrom successfully defends his title as no athlete has ever won back-to-back individual titles in the men’s 20km race walk before.

But Korkmaz is in the form of his life after setting a 1:18:42 lifetime best on home soil in Antalya on 6 March. It was a Turkish record, one which the 24-year-old already held from the previous year at the same place when he clocked 1:19:31.

Karlstrom goes into the race around Spa Park as the defending champion from Alytus two years ago and he notched up a time only three seconds shy of Korkmaz’s time when he competed as a guest at the Spanish Championships in Murcia on 14 March.

What’s more he has a lot of senior pedigree. The sporting world was forced to stand still for the majority of 2020, but the world bronze medallist from 2019 somehow managed to win four races, one of which was at the rescheduled annual race walking gala in Podebrady in mid-October.

If anyone knows what it’s like to triumph in the Czech town that sees itself as the country’s centre of race walking - it’s Karlstrom. He also won individual bronze when the European Race Walking Team Championships was held on this very same course in 2017.

Behind the leading two should see a battle for bronze between Spaniards Diego Garcia and Alberto Amezcua who both eclipsed the 1:20-barrier in Murcia. Garcia helms a super strong Spanish team who will be seeking their third successive team title. Their ranks are bolstered by European silver medallist Alvaro Martin and former world and European champion Miguel Angel Lopez.

The unknowns are France’s Gabriel Bordier and Kevin Campion, neither of whom have recorded times in the 20km race walk this year. Great Britain’s Tom Bosworth, who could afford to ease off the pedal in the British Olympics Trials around Kew Gardens in March on his return from injury, and Frederico Tontodonati from Italy should also not be discounted.

The men’s 50km race walk is the last chance saloon for anyone needing a sub-3:50 time that brings a seat on the plane to Tokyo for the Olympic Games this summer.

Closest to the mark is Alexandros Papamichail. The Greek was agonisingly short in Dudince in March where he finished in 3:51:03. If the 32-year-old - who has a lifetime best of 3:49:56 - can find the required 64 seconds in Podebrady, it’s job done.

Likewise, Ukraine’s Valeriy Litanyuk, whose 3:56:18 this year needs a good day around the park to hive off more than a kilometre. Teammates Ivan Banzeruk and Ihor Hlavan, who won gold and silver in Podebrady in 2017, will be a threat both individually and collectively for the team title as well.

Germany’s Carl Dohmann and Nathaniel Seiler already have the qualifying mark for Tokyo after well-paced races in Frankfurt just last month but should still be up with the leaders. Their team chances will be further embellished by the inclusion of fellow sub-3:50 performer Karl Junghannss.

Those yet to show their hand at the long distance this season include Stefano Chiesa and former champion Marco de Luca, both from Italy and both sub-3:50 operators at their very best.

Two-time Olympian Brendan Boyce from Ireland, whose 2:11:02 for the 30km race walk in December is a decent indicator of form, will also hope for a good morning in Podebrady.

Also hoping for a good morning is the venerable Jesus Angel Garcia, the 51-year-old who is seeking qualification for a potentially record-breaking eighth successive Olympic appearance later this summer. Garcia is by far the fastest entrant with a 3:39:54 lifetime best although that time dates all the way back to 1997 incidentally from Podebrady.

The U20 men’s 10km race walk is set to be a great tussle - and if Spanish race walkers take all three podium spots - it won’t be a surprise.

Topping the list is Spain’s Paul McGrath - who has a Scottish father and a Spanish mother in case you wondered - with a 41:39 at Seville in February, a huge 69-second improvement on his personal best from last year.

Not far behind, and also in great form, are his compatriots Jose Luis Hidalgo, second to McGrath in Seville, Pablo Pastor (42:30) who was third, and Jorge Lopez, who walked 42:49 in January.

If there is to be a fly in the Spanish ointment it should come in the shape of Turkish race walker Serhat Gungor whose 42:06 on home soil in March was a one minute-plus improvement on his PB.

Factor in Taras Koretskyy from Ukraine, who has clocked 43:28 this year, and it will be a shock if the top seven come from anywhere else.