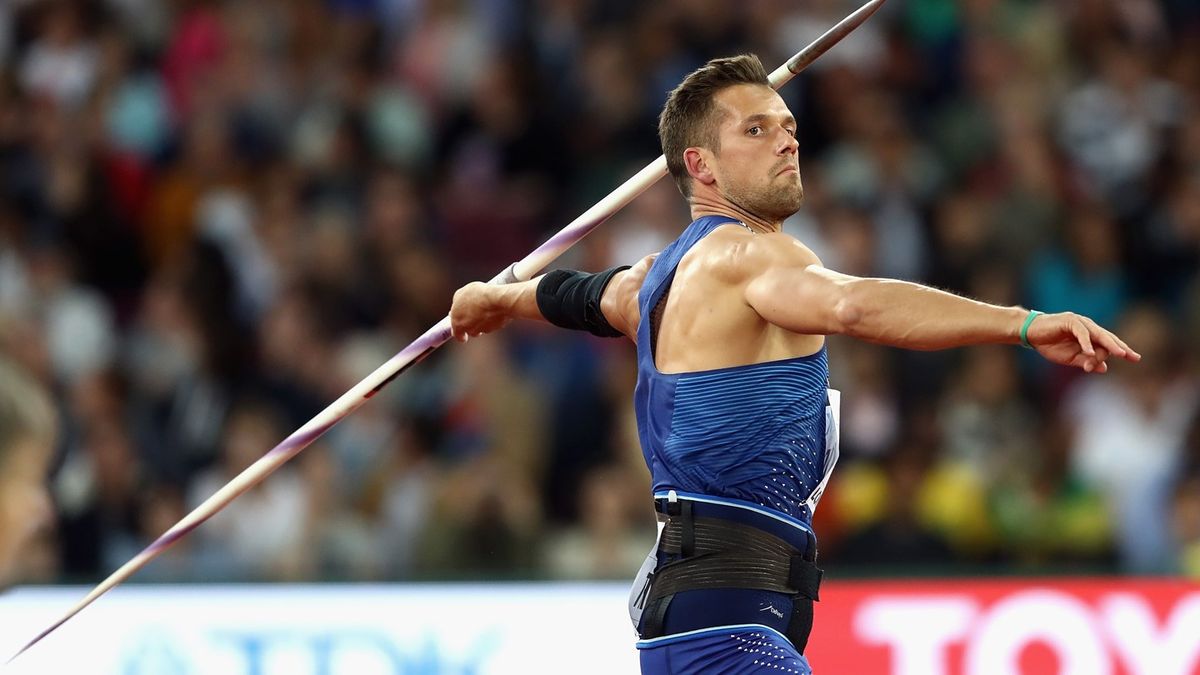 Kirt maintains excellent form with another victory over Rohler in Luzern

With the European Championships in Berlin so close, now it can often be about what goes on in the mind. It is why Estonia’s Magnus Kirt will surely take a great deal from his javelin triumph at the Spitzen Leichtathletik Luzern, a European Athletics Premium Permit Meeting, on Monday (9).

Kirt might not have matched his national record of 88.73m from last month but his victory will be important psychologically as once more he defeated the Olympic champion, Thomas Rohler. Kirt produced that national record in Turku last month at the Paavo Nurmi Games to upstage the Germans and he also had the beating of the Olympic champion in Kuortane at the end of June albeit by a very narrow margin, 84.69m to 83.17m.

But Kirt, 28, has never made the podium in a major event. He was 11th at last year’s IAAF World Championships in London but he will be a principal contender in Berlin next month after recording 85.42m, a distance he reached in the third round, to beat Rohler again whose best was 84.25m.

As they head to Berlin where the German capital is co-hosting the first multi-sports European Championships with Glasgow, the excitement will grow for the javelin with home stars such as Rohler, world champion Johannes Vetter and Andreas Hoffman. Kirt will be determined to make his mark, even more so after Monday night.

But Germany did have success in the women’s event as Christin Hussong won with 62.65m. The 2015 European U23 champion did just enough to finish ahead of US record-holder Kara Winger who was second with 62.16m.

It was a good evening, too, for Hungary’s Balazs Baji in the 110m hurdles. The world bronze medallist has remained superbly consistent during this outdoor season and he won here in 13.33 ahead of US champion Devon Allen and Germany’s Gregor Traber who both ran 13.35.

Like Baji, Germany’s Pamela Duktiewicz also won sprint hurdles bronze in London and now she will be chasing home glory. In her countdown to Berlin, she was second in Luzern in a season’s best of 12.67 as America’s Brianna McNeal’s flew to victory in 12.44.

The run of fine form goes on for Mujinga Kambundji as she treated her home crowd to two more good performances. After breaking the Swiss 100m record with 11.03 at the Lausanne Diamond League last week, Kambundji won the 100m this time in 11.12 from South Africa’s Carina Horn (11.13) and Jenna Prandini (11.14) from the United States.

Kambundji was also runner-up in the 200m in 22.48, her quickest of the season and her second fastest time ever, as Jamaica’s Shericka Jackson won in 22.40.

Sweden’s Angelica Bengtsson shared victory in the pole vault with America’s Jenn Suhr as they both cleared 4.70m. Ireland's Thomas Barr also had a fine win in the 400m hurdles in 49.10 from American TJ Holmes in 49.20.