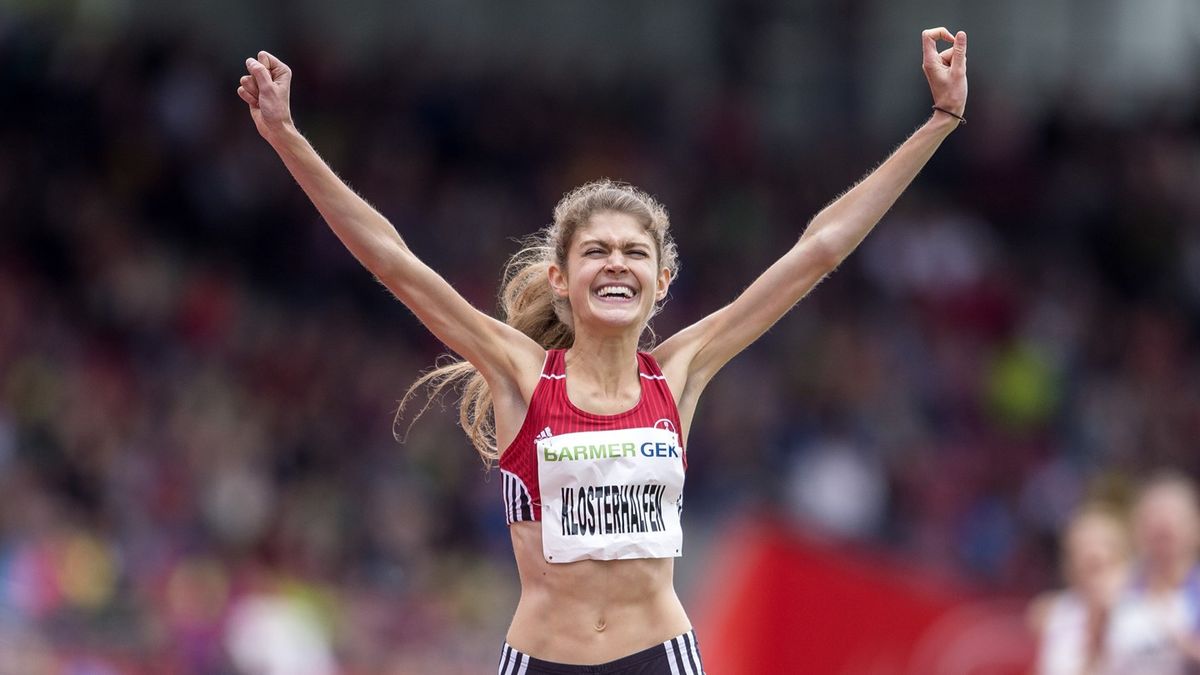 Klosterhalfen steps up a gear as Bydgoszcz beckons

In a big week for the sport, with the European Athletics U23 Championships starting in Bydgoszcz on Thursday, Germany’s Konstanze Klosterhalfen could not have asked for a better way to prepare.

Klosterhalfen, 20, is favourite for 1500m gold in Poland and she demonstrated her power and strength once again with a brilliant victory over the distance at the German Championships in Erfurt on Sunday.

Since her European U20 bronze in Eskilstuna two years ago, Klosterhalfen’s progress has been immense.

In December, she successfully defended her U20 crown at the SPAR European Cross Country Championships and then in March, less than a month after turning 20, she won 1500m silver at the European Athletics Indoor Championships in Belgrade behind Great Britain’s Laura Muir.

With a personal best of 3:59.30, she is the only woman in the field in Bydgoszcz to have broken four minutes and is one of the hottest favourites for gold.

Her teammate, Max Hess, the European triple jump champion and winner of the European Athletics Rising Star title at last year’s Golden Track awards, will be another major hope for Germany in Bydgoszcz.

He is looking good too, starting the German Championships with a season’s best of 17.07m and ended it with a legal best of 17.13m while winning the competition with a slightly wind-assisted jump of 17.24m (+2.1mps).

With the IAAF World Championships London 2017 just a few weeks away, it was a weekend of outstanding performances generally at the German Championships – and the great battle this season between javelin stars Johannes Vetter and Thomas Rohler goes on.

Rio 2016 Olympic Games champion Rohler might still be the world number one in terms of distance but he was beaten again by Vetter, who is slowly gaining the upper hand competitively.

In Erfurt, Vetter produced his second furthest throw of the year, 89.35m, to defeat his rival, who was second with 85.24m, as Bernhard Seifert delivered a personal best of 84.62m for third.

Vetter also threw 87.83m and 89.23m in his series on Sunday where his winning mark was just 33cm shy of his season’s longest effort.

It was a good weekend for doubles in Erfurt.

Laura Muller her improved her best to 22.81 as she took the women’s 200m while Robert Harting made his mark in the discus, winning a competition with great depth for a domestic championship with 65.65m from Martin Wierig (64.29m) and Markus Munch (62.76m), with his brother Christoph, the Olympic champion, in fourth (62.51m) and Daniel Jasinski, who won bronze in Rio, down in fifth (62.20m).

There is nothing it seems Norway’s teenage sensation Jakob Ingebrigtsen can’t do and he who wrote his way into another page of athletics history in Kortrijk on Saturday.

Having this year become the youngest athlete to break four minutes for the mile, Ingebrigtsen, 16, now has the European U20 3000m steeplechase record to his name after a run of 8:26.81 in Belgium.

It was some achievement, as he broke a mark which had stood for almost 41 years, toppling the 8:29.50 from German Ralf Ponitzsch from August 1976.

It truly has been an amazing summer for Ingebrigtsen, and a medal is surely within his sights at next week’s European Athletics U20 Championships in Grosseto.

Talking of Grosseto, Poland’s Szymon Mazur has put himself in contention for gold with a brilliant personal best and European U20-leading mark of 21.34m with the 6kg U20 implement at the Polish U20 Championships in Torun on Friday.

At altitude in Monachil on Friday, which is in Spain’s Sierra Nevada, Spanish long jumper Eusebio Caceres went soaring to the top of the European 2017 lists with a distance of 8.31m.

It was a meeting of great jumping, as Sweden’s Michel Torneus was second with 8.30m with Finland’s Arttu Pajulahti (8.10m) and Kristian Pulli (8.07m) both achieving personal bests in the helpful conditions.

Miltiadis Tentoglou is a big medal hope for Greece in Grosseto, having already leapt 8.30m this year, and at the Greek U20 Championships in Katerini this weekend, he won with 8.10m as the 2018 European U18 high jump silver medallist Adonios Merlos cleared a personal best of 2.20m.