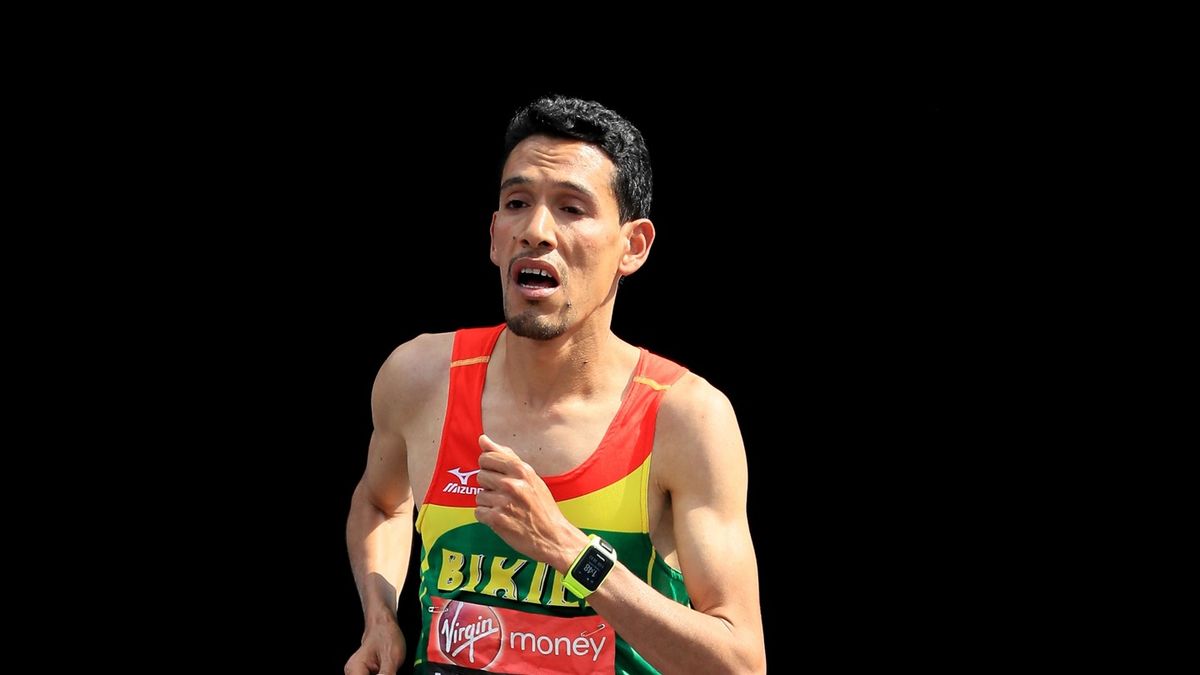 Lamdassem breaks Spanish record with 2:06:35 in the Valencia Marathon

Ayad Lamdassem rolled back the years to break the long-standing Spanish record in the Valencia Marathon on Sunday (6), leading five Spaniards under the 2:10-barrier on home soil.

Now 39, Lamdassem has been on the fringes of the Spanish national team in recent years but he is now a shoo-in for Olympic selection for a third time after finishing 12th in a national record of 2:06:35, eclipsing Julio Rey’s previous record of 2:06:52 from the Hamburg Marathon in 2006. He also moves to sixth on the European all-time list, surpassing the likes of former European record-holders Antonio Pinto from Portugal and France's Benoit Zwierzchlewski.

Lamdassem’s lifetime best prior to yesterday’s race stood at 2:09:28 from the 2013 London Marathon. His aim was to simply eclipse the 2:09-barrier but the veteran far exceeded his pre-race expectations with a first-half split of 63:10 setting him up nicely for an even faster time.

'I came to improve my personal best seven years later but in the end I broke the record and I am very happy. With age I have a lot of experience, I take good care of myself and you know how to improve your technique. I came here to drop below 2.09, but after passing through halfway I knew it was my day. I'm very happy,” said Lamdassem as reported by Marca.

The German record also fell to Amanal Petros in just the second marathon of his career. Petros finished 16th in 2:07:18 to slash more than one minute from Arne Gabius’ previous record of 2:08:33.

Petros’ main objective was to secure the Olympic qualifying standard of 2:11:30 but the former European U23 10,000m silver medallist ended up getting dragged to a significantly faster time.

“We actually planned a half marathon split of around 65 minutes. Then I wanted to pick it up the last ten kilometres but I couldn't find the right pacemaker for this group after the start. I then just kept running with another group because I felt good,” he told Leichtathletik.de after the race.

His teammate Richard Ringer also achieved the Olympic qualifying standard on his debut at the distance. He finished 36th in 2:10:56.

Other top European performances came from Dutch record-holder Abdi Nageeye who finished 15th in 2:07:09 while European record-holder Kaan Kigen Ozbilen from Turkey faded to 19th in 2:08:50. Mehdi Frere was the top French finisher in 20th in 2:08:55. In total, 41 athletes ducked under the Olympic qualifying standard of 2:11:30 including 17 European athletes.

One day after narrowly missing the Olympic 5000m qualifying time with 13:18.57, Sam Atkin returned to the track the following day to surpass the tough Olympic 10,000m qualifying time of 27:28 at the Sound Running Distance Meet in Los Angeles on Saturday (5).

Atkin, who reached the 3000m final at the European Athletics Indoor Championships in 2019. clocked a lifetime best and European-leading time of 27:26.58 in fourth to become only the second European athlete to break the 28 minute-barrier in 2020 and the fourth fastest Brit in history in the 10,000m.

There were also two notable Portuguese victories at the Caixa Brazil Grand Prix in Sao Paulo on Sunday (6). European leader in the shot put Auriole Dongmo won with 18.57m and Liliana Ca won the discus with a lifetime best of 61.91m.

And despite the continuing impact of the coronavirus pandemic on the competition calendar, the Cross de Granollers took place in Spain on Sunday (6) with 900 runners taking part across the programme. Lahcen Ait Alibou won the senior men's 10km in 30:09 and Spanish-based Ethiopian Likina Amebaw won the senior women's 8km in 27:14 from middle distance specialist Esther Guerrero in 27:54.

At the Polish Marathon Championships in Olesno on Sunday, Aleksandra Lisowska (2:30:47) and Kamil Jastrzebski (2:12:58) claimed the domestic honours.