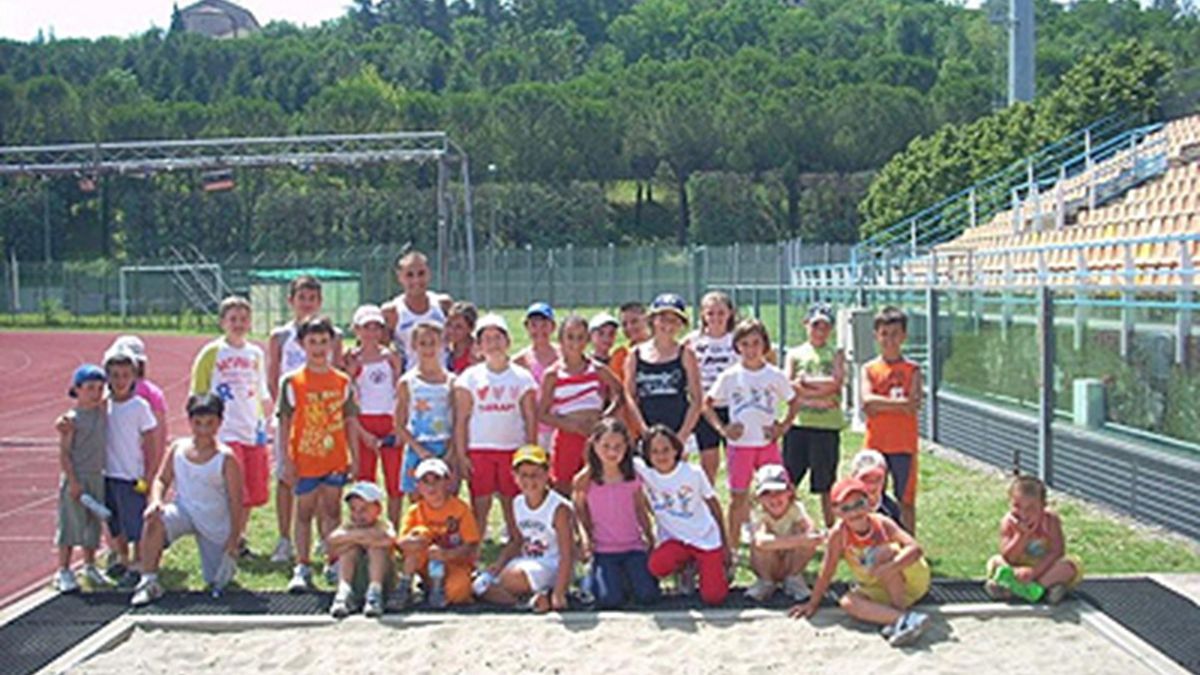 A legacy for youth

With financial support from the country’s National Olympic Committee, and later a grant from the European Athletics Support Programme, Carinato and the federation developed a programme known as the School of Athletics.

“Our aim was first to educate younger children about athletics and show them how it could be fun”, explains Carinto, “later we could begin coaching them,”

Starting in May 2006, the School of Athletics comprised mainly practical activity for one hour twice a week – a variety of running, jumping and throwing. But according to Carinato, a key idea was to continually add to and improve on the offering. From the beginning there were learning activities in the classroom and on the track, such as introductions to the various disciplines and a discussion of good nutritional habits.

The first year was divided into three semesters: the first attracted 10 children, the second 30 and the third 40. In 2007 a two-week summer camp was added, catering for 50 children. Not bad for country with a total population of just 30,000.

Several well-known athletes began helping out with coaching sessions and competitive events, such as a cross country race, were also included.

At the competitions, prizes were awarded but not necessarily to the winners; instead, they were given to children who, in the coaches’ assessment, had achieved the greatest improvements in attitude and performance.

The programme established close links with schools and parents. Carinato reports that, in addition to good results in terms of physical fitness, it was able to help some children with learning and concentration difficulties, and others from difficult backgrounds.

“We wanted to show the brain is just as important in sport as the legs and arms. For example, we taught them that rules exist for a reason, such as safety, and that they have to be respected.”

She even went so far as to conduct some of the sessions in English to stimulate the Italian-speaking children’s’ minds.

“The feedback from teachers was that some children who had not been listening in class improved after learning to listen to their coach.”

Carinato produced an illustrated book which, along with a project mascot, helped to engage the children’s interest. The book was read in the classroom before the practical sessions. Noting that many parents in San Marino were initially unenthusiastic about sport, she created a second book to explain the values of athletics to adults and help them examine their own attitudes.

In May this year, the federation decided to end its involvement in the School of Athletics but the format was adopted by San Marino’s JPA and Olimpus athletics clubs. They currently run programmes for three age groups: 5 to 7, 8 to 10 and 10 to 14.

“Our original idea was to show children that sport is fun so they would want to take part. We are happy our project stimulated the clubs and as long as the children continue to practice and enjoy athletics, that is what matters.”