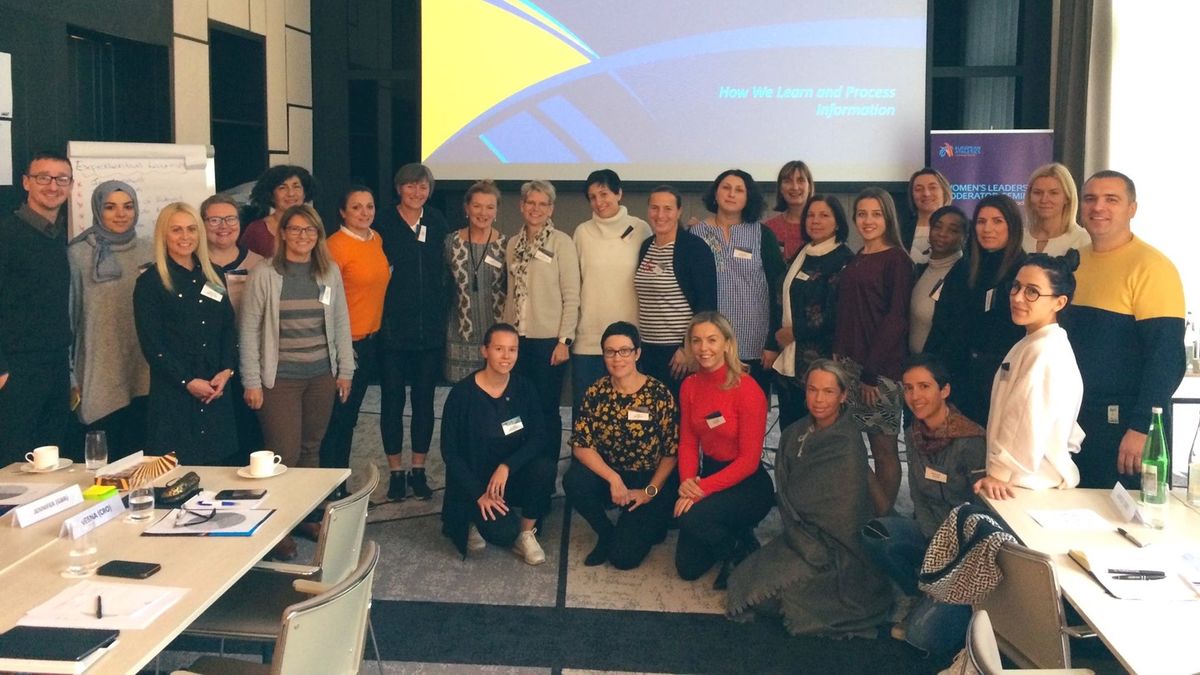 European Athletics continues its series of profiles of prominent women’s athletics leaders on the continent by talking to Ireland’s Lilly-Ann O’Hora. At 25, she is one of the youngest women’s leaders to be featured and works as a Women in Sport Officer for Athletics Ireland.

A neighbour of mine took me to a local community athletics competition when I was just eight years old. I participated in the 100m and I qualified for the next stage of the competition.

I absolutely loved the buzz, the excitement, the nerves and, of course, the jelly sweets afterwards! I continued competing because I felt I was different when I ran, I was free, I had a talent, and it was fun. I felt I was unique, that running and running fast was my thing!

Even though I continued to play and enjoy other sports as I got older – Gaelic sports, soccer, basketball and hockey – athletics was always my number one passion.

How did you come to move into your current role?

I have always competed as an athlete, mainly in the 100m hurdles (note: Lilly-Ann was third in the 2019 Irish Championships in a personal best of 13.60) so I am involved in the sport in that respect. I applied for a development officer role with Athletics Ireland when I was in my final year of college, doing a sports science and health degree at Dublin City University, which has a very strong athletics tradition.

A friend of mine used to do some casual work for Athletics Ireland, and I always thought it sounded fun and interesting. After applying, I have to be honest and say I didn't think I would stand a chance of getting the job but thought that if I could give the occasional coaching course then that it would be brilliant.

To my surprise, I was called in for an interview, and the rest is history!

From working with Athletics Ireland, how did you develop your contacts with European Athletics?

I actually didn't know how that I had been put forward for it, but I had friends who had gone to previous Forums. I went to Amsterdam with an open mind, not really knowing what to expect, but I absolutely adored my time at the Forum.

I learned some invaluable life lessons, strategies that I could employ for my personal and professional development and made some great friends. I found out later that an athlete I had competed against called Catherine McManus had nominated me, and also Moira Aston, who is now the CEO of Canoeing Ireland but had previously worked for Athletics Ireland, had done so as well; these are two people I admire and respect so I was really honoured that they thought of me. I am still grateful to this day so they should get the credit in this interview for the impact they had on my life.

In her role as Women in Sport Officer for @irishathletics, Lilly-Ann O'Hora is a staunch advocate of the participation of women in athletics regardless of age or ability.

Amsterdam was not your only European Athletics seminar?

No, I also participated in a Women's Leadership Moderator Seminar in December last year, when it was held in Belgrade.

Like the Young Leaders Forum three years earlier, this was a hugely valuable from a professional and personal development perspective.

My position as a Women in Sport Officer was a new role within Athletics Ireland and I had only been in it for a few months so I reached out to European Athletics as I had seen that they had previously organised seminars for women in athletics. I wanted to see if we could emulate these workshops and seminars locally here in Ireland, and that any insights into the programmes would be much appreciated.

As a result, I was invited to Belgrade to attend the seminar.

What did you get from your six days in Serbia?

I went there with the aim of soaking up as much information as I possibly could. My role in Ireland means that I am responsible for the implementation of our female-specific programmes.

The overall aim is to increase female visibility, focus on leadership and governance development and support our coaches.

I am currently running a female leadership programme in Ireland and, by going to Belgrade, I wanted to ensure I was running the appropriate modules specific to the needs of our participants. I was also aware that I was probably one of the youngest participants there, and perhaps inexperienced in many respects, so I was very conscious that I could also learn as much from my fellow participants as I could from the seminar itself. One of my most important goals was to learn how to become an effective leader, so that I could have a positive impact on those around me and also how I could bring people with me.

Six months after you were in Belgrade, what are your current goals in the sport?

I want to increase the number of female coaches in higher-level coaching positions in Ireland and I want to see more female involvement in our club, county, provincial and national committees, and structures.

Many look upon athletics as just purely a partnership between an athlete and coach, but we know there are far more people involved than just those two people so I feel there should be opportunities for individuals to explore growth and development, such as through workshops on marketing, funding and sponsorship, coaching, physiotherapy and many other subjects.

Broadly speaking, I want to help create a community for individuals to join and be involved in regardless of their specific role in athletics, but always united through our sport.