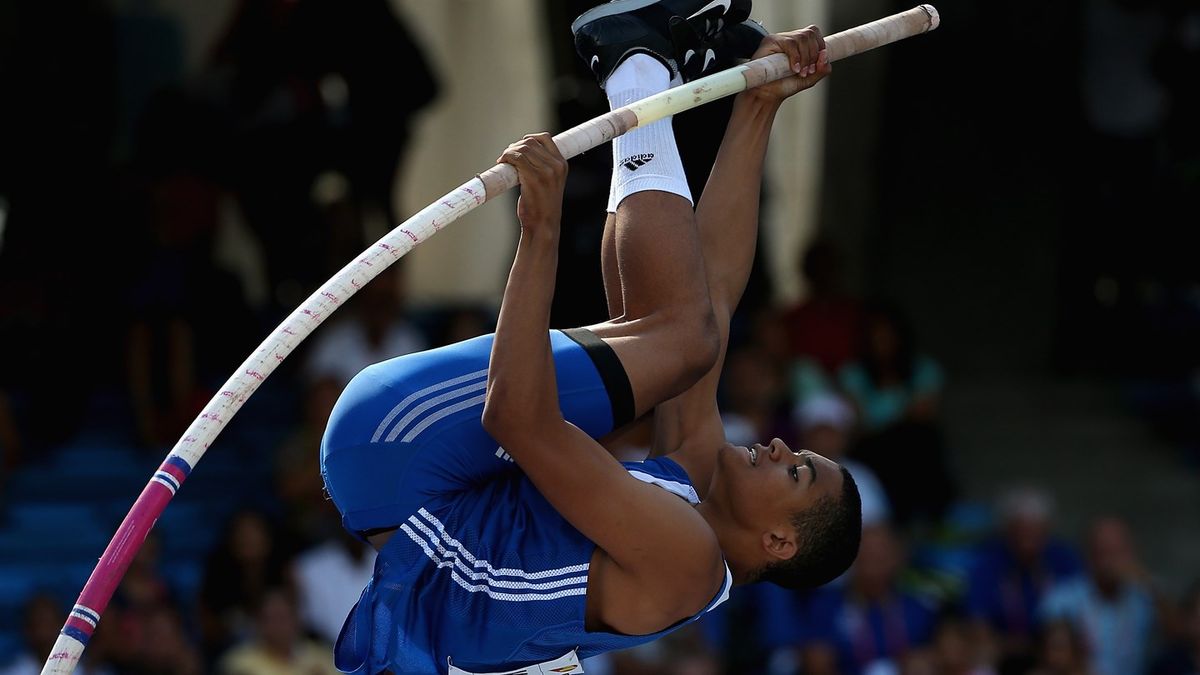 Look out for these five boys at Euro Youth Champs

Starting from tomorrow, we will discover some of Europe's finest young talents competing in the Tbilisi 2016 European Athletics Youth Championships.

A week after Ekaterini Stefanidi claimed the European outdoor title in Amsterdam, Emmanouil Karalis looks destined to follow suit in Tbilisi. The 16-year-old has set three world youth pole vault records this year - two indoors and one outdoors - and arrives in the Georgian capital city with a 5.55m lifetime best to his name. His first record clearance of 5.53m was set on home soil at the Greek Indoor Championships and even caught the eye of the Greek president Prokopis Pavlopoulos who offered his congratulations.

Assuming the wind cooperates, Karalis could grace the inaugural European Athletics Youth Championships with yet another world record.

Zigismunds Sirmais was the surprise winner of the European title in Amsterdam last week but his compatriot Matiss Velps is fully expected to claim the gold medal for Latvia in the javelin. Velps, who turned 17 earlier this month, set a Latvian youth record of 77.71m earlier this season to make him the outright candidate for the title in Tbilisi.

Won a world youth silver medal at the 2015 World Youth Championships in Cali behind his compatriot Hilb Piskunov but with the latter no longer eligible for youth competition, the path should be clear for Havryliuk to claim the title. Havryliuk holds four of the six longest throws in the world at under-18 level, including the world-leading distance of 79.73m.

Havryliuk must have fond memories of Tbilisi. He is one of a brace of athletes competing at the European Youth Championships who claimed gold medals at last year’s European Youth Olympic Festival.

You might be surprised that a Kenyan isn’t leading the world youth rankings over 3000m but you might be even more surprised by the fact the rankings are led by a runner from Serbia, a country with a modest distance running past. Elzan Bibic has improved markedly since finishing 28th in the junior race at the SPAR European Cross Country Championships and tops the rankings with a 8:01.90 PB. Bibic has also entered the 800m and 1500m in Tbilisi but he will almost certainly focus on the 3000m which is where he seems to have found his niche.

The latest multi-eventing talent from Germany is Manuel Wagner, who leads the world youth decathlon rankings with 7221 points set last month. The 17-year-old trains at the same club as world youth champion Niklaus Kaul and they are both touted as the next generation of top decathletes in Germany.
COMPETITIONS.EA.COMPETITIONS.YOUTH.CHAMPIONSHIPS