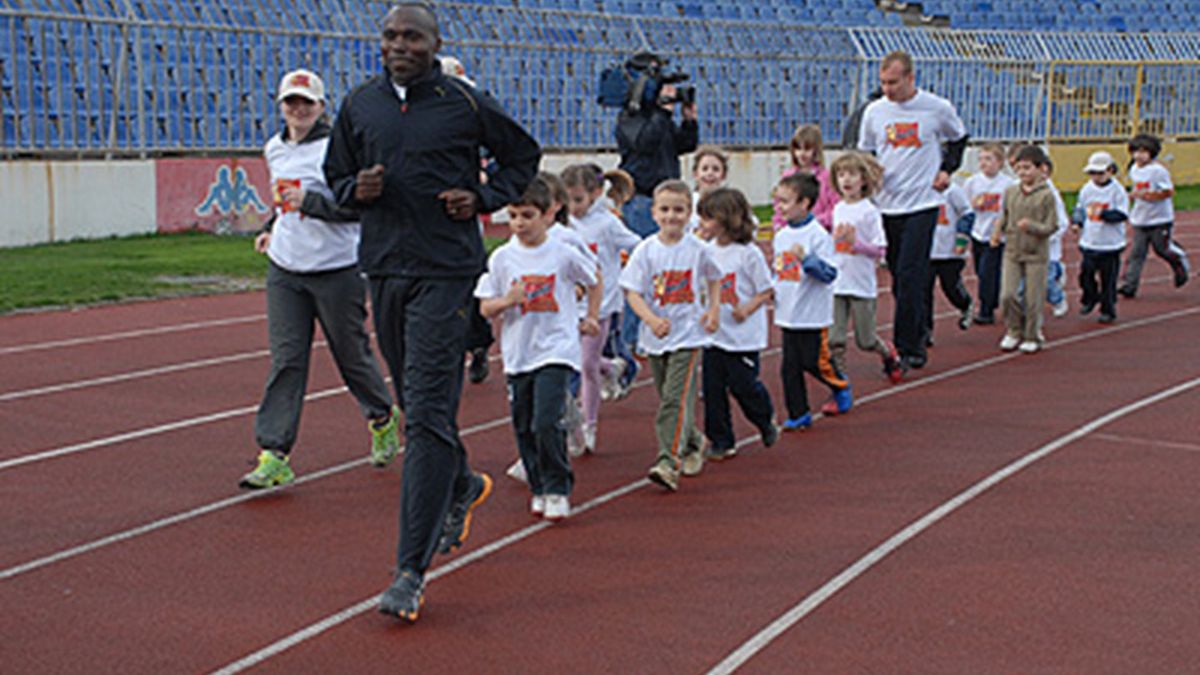 Marathon is just the beginning

The Children’s Marathon was established in 1994 as an adjunct to the Belgrade Marathon. Each year, up to 20,000 children from kindergartens in Belgrade take part in qualifying races or sports games, organised by their teachers. One week before the adults’ marathon, the fastest 150 are invited to race around a 230m course in the elephant house at Belgrade Zoo.

“Like the adults’ race, the Children’ Marathon has become a well-established event in Belgrade with strong support from government, sponsors and even UNICEF, the United Nations children’s fund,” says the event director Dejan Nikolic. “We’ve had promotional visits from world-famous athletes, including Carl Lewis and Wilson Kipketer, and they always help out by giving training sessions for the young runners.”

“However, in the past neither we nor the clubs really followed up the kids until they got to be 10 years old or older. In those couple years many drifted away and never came back to athletics or any other sport again. Now we want to help those who show some early promise in a controlled and fun environment and at the same time give them some education about health and fitness.”

Since Let’s Start with Sports was launched in 2006 with the help of a grant from the European Athletics Support Programme, the top placers in the Children’s Marathon have been invited to attend the school’s activities twice a week in groups of 20 or 30. Sessions include a variety of physical activities, which take place both indoors and outdoors, and occasional small competitions between the children in the group.

Now in its third year, there are approximately 300 children participating.

Each participant undergoes a free medical check-up and any medical problems identified can be caught and treated at an early stage. The central government department responsible for the social care and protection of children supports the initiative as a way of promoting a healthy and active lifestyle. A

Nikolic says that the Belgrade Marathon organisers are happy with both the Children’s Marathon and the Let’s Start with Sports programme and are considering whether similar activities can be held in other cities in Serbia.

“We think it is a systematic approach that is fun, keeps kids active and at the same time prepares them to take up athletics, or any sport they like, as ten-year-olds.”