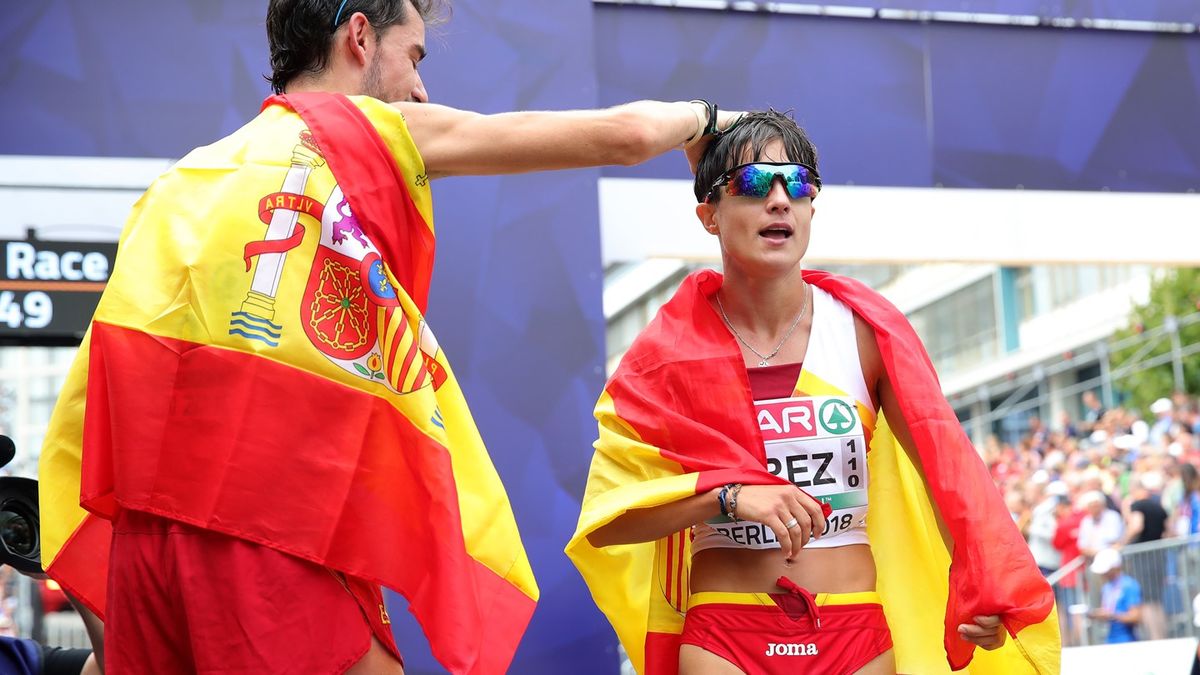 Martin and Perez prepare for Alytus with victories in Castellon

The European Race Walking Cup will take place in Alytus, Lithuania a week on Sunday and the message from this weekend is clear: beware of the Spaniards with a penchant for gold medals.

It might have been over shorter distances than the 20km over which they will compete on 19 May but European champions Alvaro Martin and Maria Perez showed that winning can become a habit as they triumphed at the Spanish University Championships in Castellon.

In the 20km race walk in Berlin last summer, Martin and Perez were Spain’s two gold medallist at the European Championships and they will be looking to make a major impact again as the country defends team titles in both races in Alytus.

Two years ago in Podebrady, Martin was 31st and the fourth Spanish finisher home in 1:25:53. The first three counted with his teammate Miguel Angel Lopez second in 1:20:21 behind Germany’s Christopher Linke (1:19:28) with Garcia seventh in 1:21:56 to take the team gold with 30 points from Germany with 35.

The women’s team replicated the achievement of their male counterparts by taking team gold with 18 points, 16 clear of Italy in second and both Spanish teams look in good shape to defend their titles as a collective in Alytus later this month.

Mazuronak eases to victory in the Trieste Half Marathon

It was quite a weekend for reigning European champions and another who was celebrating victory was European marathon gold medallist Volha Mazuronak from Belarus.

Her victory last summer came as she had to battle through with a nose bleed to triumph and this time she was victorious in the Trieste Half Marathon in 73:56, beating Burundi's Cavaline Nahimana by four seconds.

On a memorable weekend for Israeli athletics which was capped by Lonah Chemtai Salpeter’s sub-2:20 performance in the Prague Marathon and Girmaw Amare’s national record in the men’s race, there was also a landmark performance at home by Maru Teferi.

The men’s 10km record of 28:55 had been shared by Dov Kremer (from 1991) and Ayele Seteng (from 1995) but now the record is in the hands of Teferi. His marathon record might have been eclipsed by Amare in the Czech capital but Teferi ran into the record books with a 28:33 clocking for victory in Herzliya.

Haimro Alame was also inside the previous mark with a runner-up finish in 28:36 while Selamawit Dagnachew made it a home double by winning the women’s race in 32:19.

There was double European success at the Mainz Marathon as Poland’s Andrzej Rogiewicz won the men’s race in 2:21:24 and Lithuania's Remalda Kergyte-Dauskudiene took the women’s title in 2:41:39.

Spain celebrated a home win at the 35th edition of Milla Sagrada Familia in Barcelona on Sunday with Esther Guerrero first in the women’s race in 4:51 and Britain’s Spencer Thomas the men’s champion in 4:16.

And at the Great Bristol 10km, there was double home glory with Chris Thompson winning the men’s race in 29:35 and Kate Reed triumphant in the women’s race in 33:11.

The summer season is back in full swing and at the Lithuanian Throwing Championships in Palanga on Saturday, European javelin bronze medallist Liveta Jasiunaite improved her lifetime best to 61.73m. Edis Matusevicius won the men’s javelin with a European-leading mark of 82.73m.

At the French Clubs Leagues, Quentin Bigot achieved a fine 77.21m in the hammer in Tomblaine while in Venissieux, Melina Robert-Michon, the Olympic silver medallist, won the discus with 59.51m.

Bulgaria’s Valentin Andreev is preparing for the Boras 2019 European Athletics U20 Championships in July and the 17-year-old, who won a silver medal in the hammer at the European U18 Championships last year, went out to 82.72m with the five kilogram implement at home in Balchik.

Andreev will throw with the six kilogram implement in Boras where he will cross paths again with Ukraine’s Myhaylo Kokhan who won both the European U18 Championships and Youth Olympic Games last year.

There was also a notable lifetime best for Jodie Williams who clocked 11.17 in the 100m in Lubbock in Texas, improving her eight-year-old lifetime best of 11.18 which she set to win the 100m title at the 2011 European U20 Championships. Williams also sped to a wind-assisted 22.46 to win the 200m.