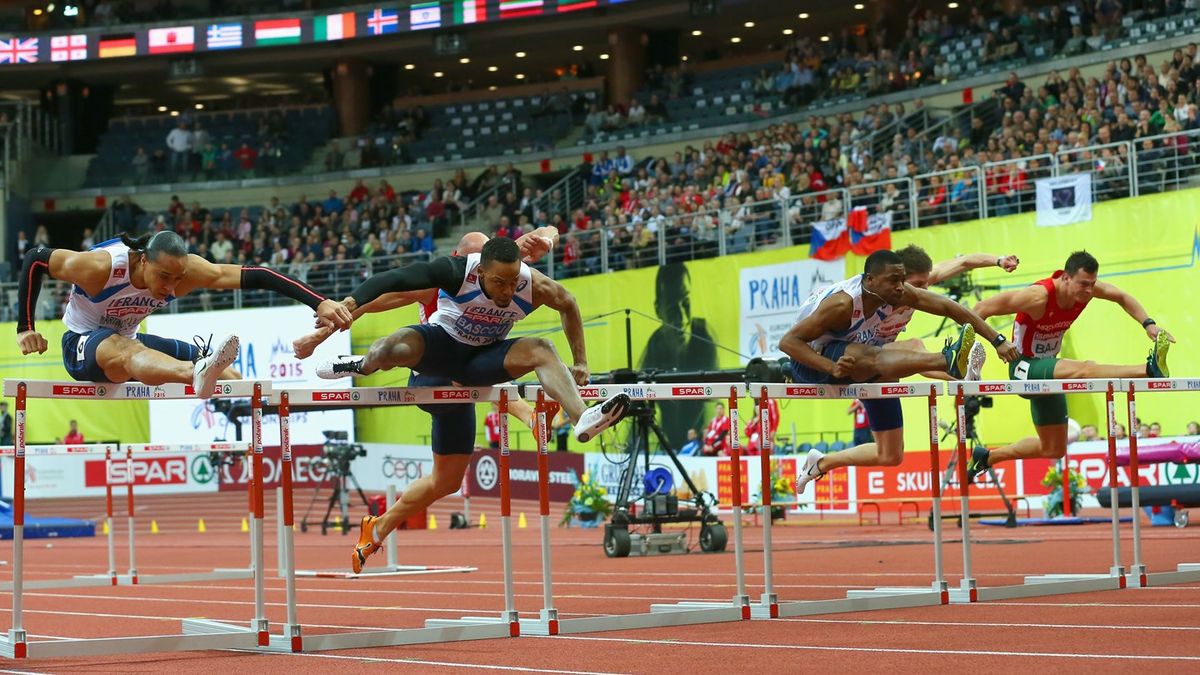 It was a packed weekend with Belgrade on the mind of so many as national championships took place across the continent ahead of selection for the European Athletics Indoor Championships which start on Friday next week.

Here’s a pick of the action:

POLAND’S Klaudia Siciarz is not 19 until the middle of next month but she has given herself the present money cannot buy: a world record.

In Torun on Saturday, Siciarz broke the world under-20 60m hurdles record with a blistering performance that will put her among the contenders to make the final in Belgrade.

Eighth over the 100m at the IAAF World Youth Championships in 2015, Siciarz’s progress has been exceptional.

She entered the event with a personal best of 8.17 and after first running 8.20 in the heats, Siciarz then recorded a time of 8.00 exactly to beat Karolina Koleczek (8.06) and break the under-20 record held by American Dior Hall by 0.01, a run which puts her 10th on this year’s senior European Athletics rankings.

The experience that Siciarz will gain in Belgrade will be valuable and the woman to beat there is now likely to be GERMANY’S Pamela Dutkiewicz who ran the second best time in the world this year as she won her national title in a personal best of 7.79 to beat Cindy Roleder, who was second, also in a best time, 7.84, with Ricarda Lobe (7.99) in third.

At the FRENCH championships in Bordeaux, Christophe Lemaitre won the 60m in 6.60 and Kafétien Gomis, who failed to make the final at the last European Athletics Indoor Championships in Prague when he was World No. 1, won the long jump with 7.84m.

If he is determined to make up for that in Belgrade, teammate Jean-Marc Pontvianne has now put himself in contention for triple jump medal after winning with 17.13m to move to the top of the European rankings.

Reigning European 60m hurdles champion Pascal Martinot-Lagarde of France ran a quick time of 7.52 just ahead of Aurel Samba who led most of the race. This could set up an interesting battle with Orlando Ortega who won his first Spanish national indoor 60m hurdles title in 7.61, At the SPANISH championships in Salamanca having been even quicker in the heats in 7.52.

Olympic and European high jump champion Ruth Beitia showed her best form of the winter to win a 16th indoor crown with 1.96m.

Elvira Herman, 20, who won the 100m hurdles at the IAAF World Under-20 Championships last summer having lifted the European U20 crown a year before, ran a 60m hurdles personal best of 8.13 for victory at the BELARUSSIAN championships in Mogilyov and in Ancona, Lamont Jacobs won the long jump by a centimetre at the ITALIAN championships with 8.06m from Filippo Randazzo who achieved a personal best. Both should be in with a great chance in Belgrade.

In Pireas, and with a height of 5.70m, Konstadinos Filippidis won the pole vault on countback at the GREEK championships from Emmanouil Karalis but the runner-up was the star of the show. At 17, Karalis twice broke the national under-20 indoor record as he first went over at 5.65m before his 5.70m.

And in Bratislava, Jan Volko equalled his under-23 national SLOVAKIAN record and personal best as he won the 60m in 6.67.