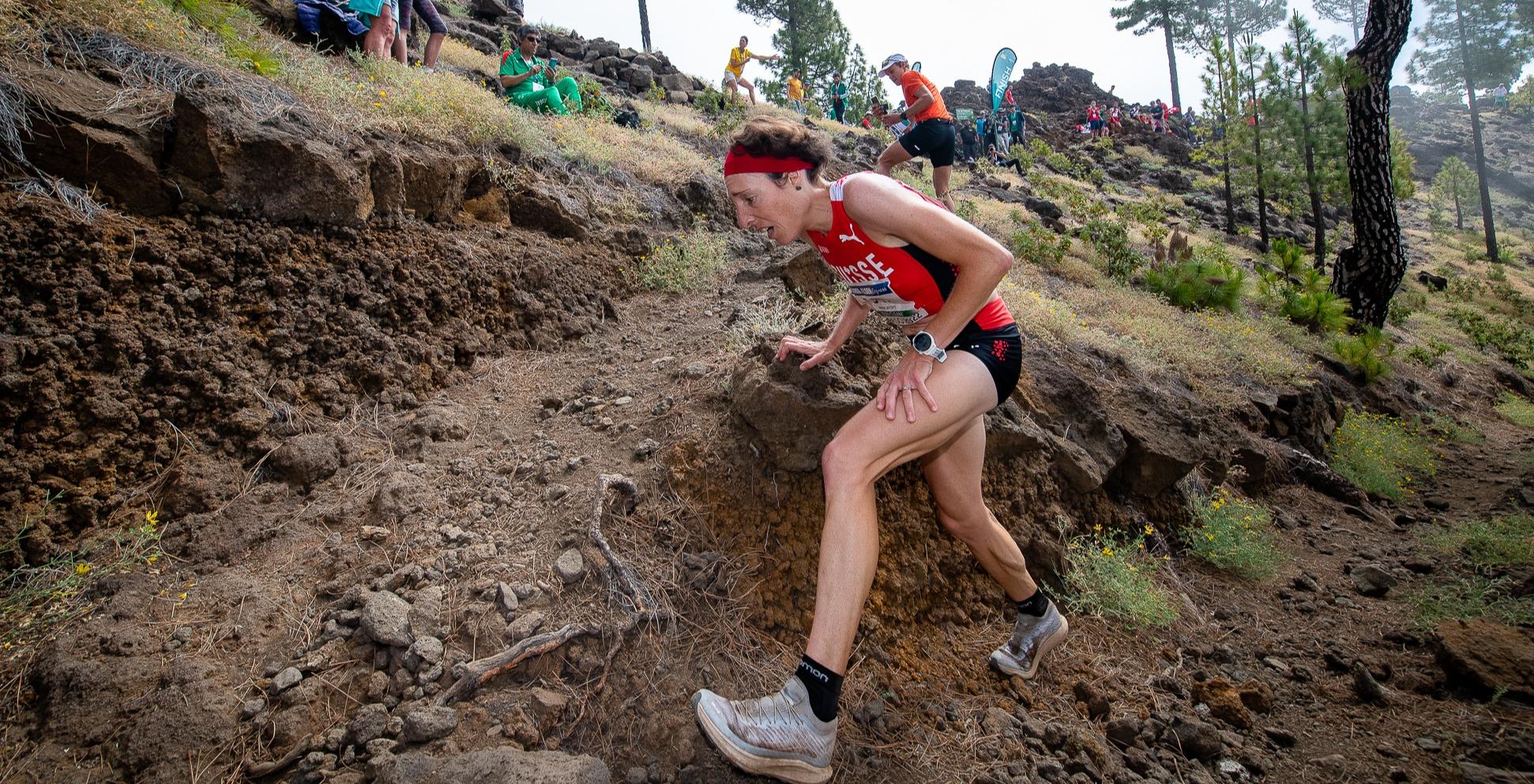 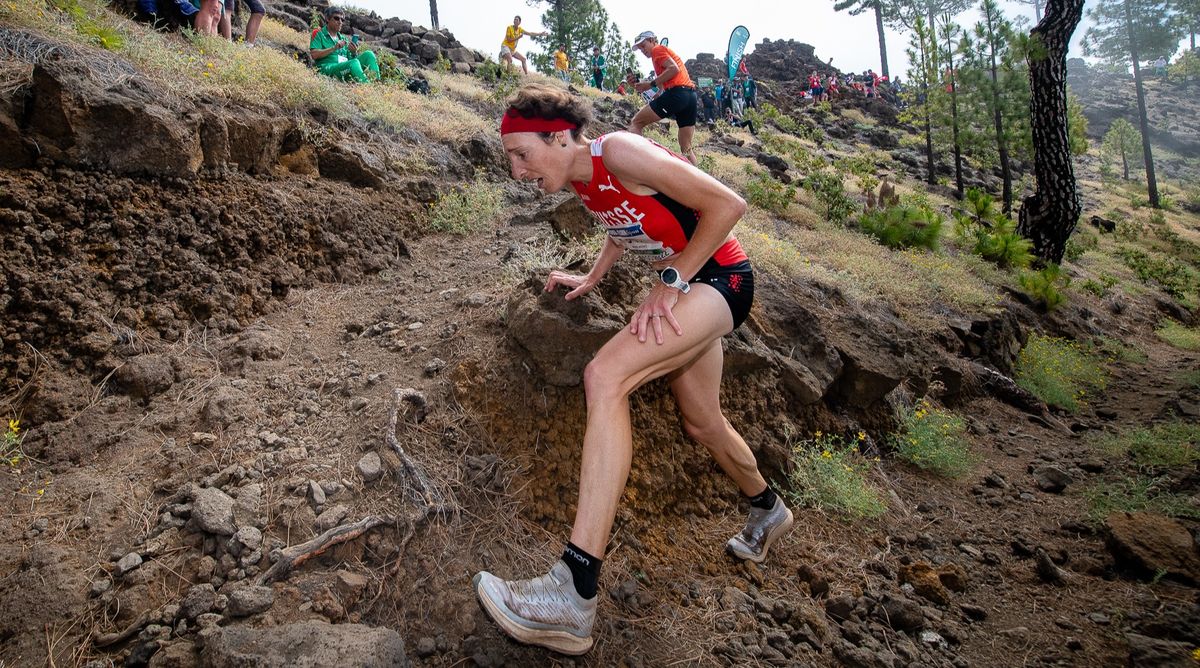 The curtain has been raised on the inaugural European Athletics Off-Road Running Championships, a three day event combining both trail and mountain running for elite and non-elite athletes, and it was hats off for some of the greats of mountain running.

Including the European Mountain Running Championships, Swiss star Maude Mathys won a record fourth title in a row in El Paso on the Canary Island of La Palma. Italian Cesare Maestri triumphed in the men’s race while German Lukas Ehrle and Norwegian Ida Waldal proved unbeatable in the U20 competitions.

“This victory means a lot to me,” Mathys stated after her race. “It shows that I can compete at a very constant high level and that I can compete with younger athletes. It is difficult to stay on top all the time, therefore I’m especially proud of today’s gold medal.”

However, it is a fact that Mathys was not really thinking about running to a record-breaking fourth mountain race title. Her principal consideration was remaining the best in her discipline both pre- and post-pandemic.

“Today, it was like a new beginning, after the interruptions caused by Covid, with a new format of the European Championships.” Mathys said and laughed: “It was very important for me to show that I am still the Queen.”

Her strategy was simple. And it worked. The Swiss athlete wanted to run with the best women until the middle of the race and then attack and create a gap, before going solo. But the start proved more difficult than anticipated and Mathys had to fight to keep up with Scout Adkin, who later placed fourth. “I had expected it to be easier,” she said.

However, her tactics finally paid off and shortly before the sixth kilometre, Mathys went all-in for a big gap, achieved it and was able to hold her advantage until the finish-line which she crossed in 51:41 with Austria’s fellow three-time winner Andrea Mayr (52:15) and Christel Dewalle from France (52:32) coming in second and third, respectively.

Mathys will also take part in Sunday’s up-and-down race to try for another medal. "it is possible and, if so, it will be a bonus. But I have to rest and show my best again," she said.

And winner of the men’s race will also be seen again during these championships.

Cesare Maestri didn’t celebrate his first medal today, but the first victory in his career so far. The Italian was European silver medallist in 2018 and the world silver medallist in 2019. And then came the pandemic. “I thought the virus had stolen my best years,” he said. “But today, I achieved the success I have been waiting for such a long time – my emotions and my happiness are indescribable!”

Maestri didn’t really focus on a strategy as such because he had been dealing with muscle problems in recent days. But he realised in the first kilometre that he felt good and his legs were cooperating. “I knew that it was very fast up to the sixth kilometre of the course and that suited me. Therefore I came with a gap into the last part of the course and had to defend my lead.” And this he did with the style of a champion right up to the finish, which he reached in 44:48 before Dominik Rolli from Switzerland in 45:19 and Daniel Osanz from Spain in 45:26.

“I haven’t really begun concentrating on the up-and-down race as yet because I want to enjoy this moment. I will enter it in a relaxed manner and try to give it my best,” he said.

While the title winners in the elite class were two personalities who were expected to be in the mix, both winners of the U20 races were themselves surprised by their triumphs.

“I didn’t expect to win here,” said Norway’s Ida Waldal. “I approached the race very thoughtfully and got faster and faster the closer I got to the finish. After arriving there, I was really surprised – and happy.“

Germany’s Lukas Ehrle was also finding it hard to take in his success. “It’s my first big international race and I came to La Palma without any real expectations. Now I’m standing here with a gold medal  – I simply can’t believe it!” he said.

After the first day, Italy leads the medal table with three gold, two Silver and one bronze medal in front of Switzerland (1-3-0) and Spain (1-1-4) respectively.

Tomorrow, Saturday (2) sees the trail competitions on La Palma which will be streamed live from 8.45am CEST. Stay tuned!