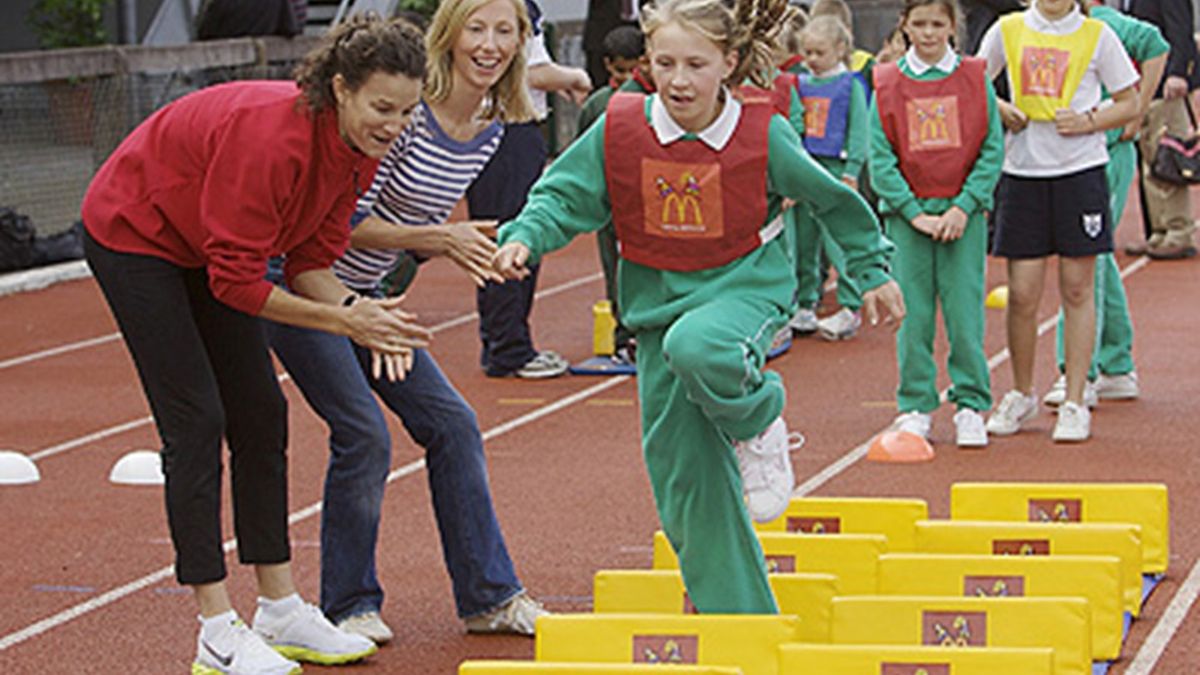 “It’s a fun, exciting and non-competitive introduction to the fundamentals of athletics for the kids in our target group of five to 10 year-olds and older children who are interested,” says Jacqui Stokes, Director of Development at Athletics Ireland. “We are encouraging our clubs to establish the programme locally and once they do so it can draw in and involve the whole community around them.”

The programme focuses on developing agility, balance and co-ordination with a programme that is as simple as “ABC”. It centres on games that are both fun and develop fitness. The equipment requirement is limited to simple implements such as cones, hurdles, bean bags, balls, batons and foam javelins, which are used to encourage the participants to run, jump, hop and throw.

After around eight weeks in the programme, the children can participate in an Agility Challenge run by their local Regional Development officer, and receive a certificate. They can repeat the challenge later, thus measuring their own improvement.

Little Athletics began almost two years ago with financial backing from the Irish Sports Council and the Sports Capital Scheme run by national government’s Department of Arts, Sport & Tourism. It was relaunched in August 2008 when McDonald’s signed on as a major partner.

The new partnership has allowed the organisers to upgrade the materials used, including the Leader Manual and the certificates provided to participants, and add on the Agility Challenge dimension to the programme. It also allows the programme to be advertised in all McDonald’s outlets throughout the country and provides a link from the McDonalds website to a dedicated section of the Athletics Ireland site.

Athletics Ireland runs an ‘Athletics Leader’ training course for three Leaders in each participating club and supplies them with a bag of equipment. So far, more than 1000 Leaders have been trained. It also sends members of its Development team to visit the clubs and administer the Agility Challenges.

“Once it is started in each club we want the programme to be self-sustaining, but visiting every so often helps to keep the momentum.”

Key performance indicators set by Stokes and her team include the numbers of participants, involved clubs, trained leaders as well as the increase in registered club membership from Little Athletics participants.

Stokes says that initially some clubs were unsure about joining the programme but positive feedback has helped overcome the doubts. “There have been significant increases in club membership, particularly among five to 10 year-olds, and with the trained Leaders we have 1000 more people on our coaching pathway.”