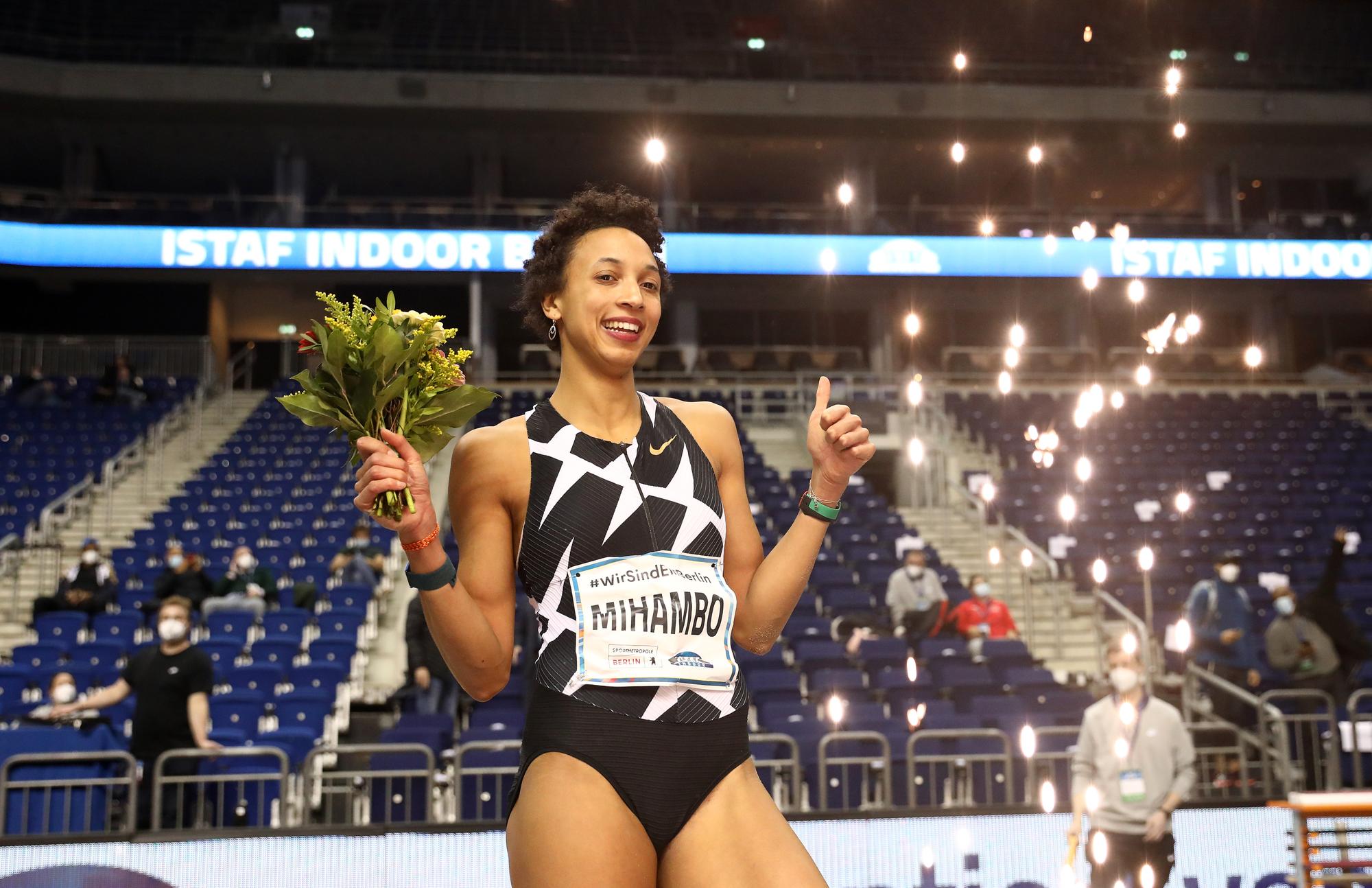 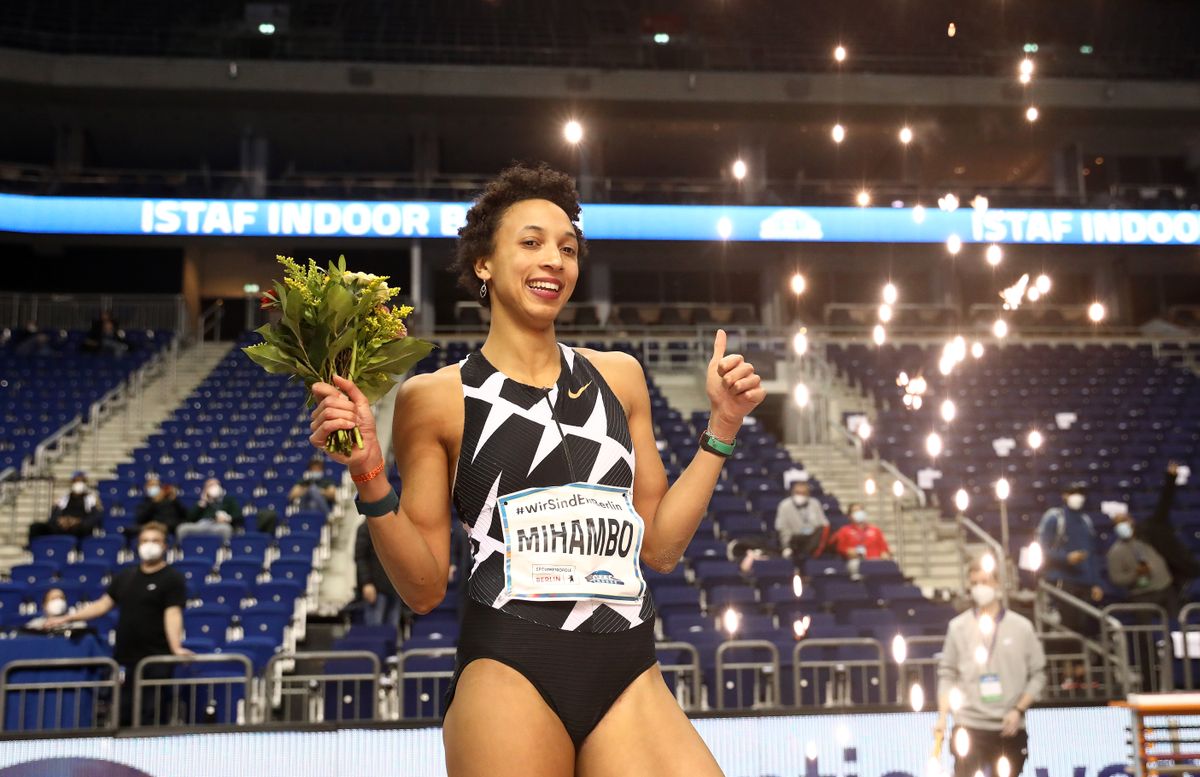 Mihambo leaves it late with a 6.96m world lead in Dusseldorf

Germany’s reigning Olympic, European and world champion Malaika Mihambo produced another piece of last moment magic to win the long jump at the ISTAF Indoor in Dusseldorf on Sunday (20) afternoon, a World Athletics Indoor Tour Silver meeting, with a world lead of 6.96 m.

Up until the sixth round, Mihambo was in the runner-up position with a very modest first round effort of 6.39m. But as she has done so many times in the past - including at the Tokyo 2020 Olympic Games where she completed the set of major titles - Mihambo produced a huge jump in the sixth round.

“Before my final jump I knew that 6.39m would not be my last word. Landing in the pit I had a really good feeling,” said Mihambo who admitted she struggled with the timing on her approach in the first five rounds.

Mihambo will contest the 60m and long jump at next weekend’s German Indoor Championships in Leipzig before closing her indoor campaign ahead of a busy summer campaign in which she will be defending both her world and European titles. Fellow world leader Ewa Swoboda was in commanding form again in the women’s 60m. While not as fast as she was at the Orlen Cup in Lodz, Swoboda stopped the clock at 7.10 and led a Polish one-two ahead of Pia Skrzyszowska in 7.22

“The race went well and it is a good time. I will run in Torun next and then I have the national championships. At the moment I am not yet thinking about the World Championships in Belgrade, I just want to be healthy and fast,” said Swoboda who was forced to miss the European Indoor Championships due to coronavirus and the Tokyo Olympics because of injury.

Reigning European indoor champion Nadine Visser from the Netherlands also made a successful return from injury in the 60m hurdles. After opening with a comfortable 8.02 in the heat, Visser broke the eight second-barrier in the final with 7.93.

“I was not planning to start the season so late, but I had injury problems and then I was ill. My race was really good and now I hope to get in better shape and be able to fight for a medal at the World Indoor Championships in Belgrade,” said Visser who won a bronze medal in Birmingham four years ago.

Cyprus’ Milan Trajkovic, who won the men’s 60m hurdles title at the European Indoor Championships in 2019, won in 7.61 and home favourite Bo Kanda Lita Baehre equalled his outright lifetime best of 5.81m in the pole vault.

European U23 champion Jessica Schilder smashed her Dutch record in the shot put for the second weekend in a row.

Only 22, Schilder threw the four kilogram implement out to 19.72m in Apeldoorn on Saturday (19) to add 46 centimetres to her national record. Her distance was not only a world lead but also the longest throw achieved indoors in six years.

Reigning European indoor champion Auriol Dongmo, who was the previous owner of the world lead in the shot put, produced the highlight at the Portuguese Indoor Club Championships in Pombal (19) by reaching out to 19.38m.

And looking ahead to the European Athletics U18 Championships in Jerusalem this summer, two of the leading prospects in the women's high jump achieved lifetime bests at their respective domestic championships.

Angelina Topic, the daughter of 1990 European champion Dragutin and international triple jumper Biljana, cleared a lifetime best of 1.89m at the Serbian U18 Championships in Belgrade on Sunday (20). That mark was surpassed at the German U20 Championships in Sindelfingen by fellow 16-year-old Johanna Goring who cleared 1.90m.

Mihambo once again crowned German Sportswoman of the Year 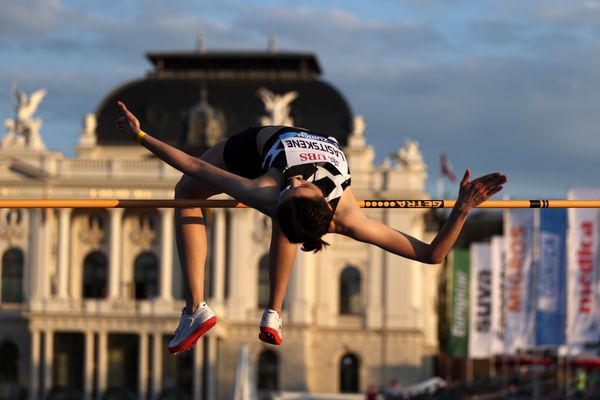 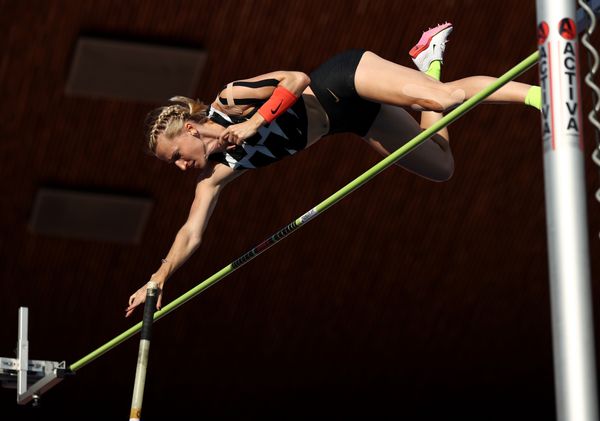 Sidorova improves world lead to 4.87m at the All Star Perche