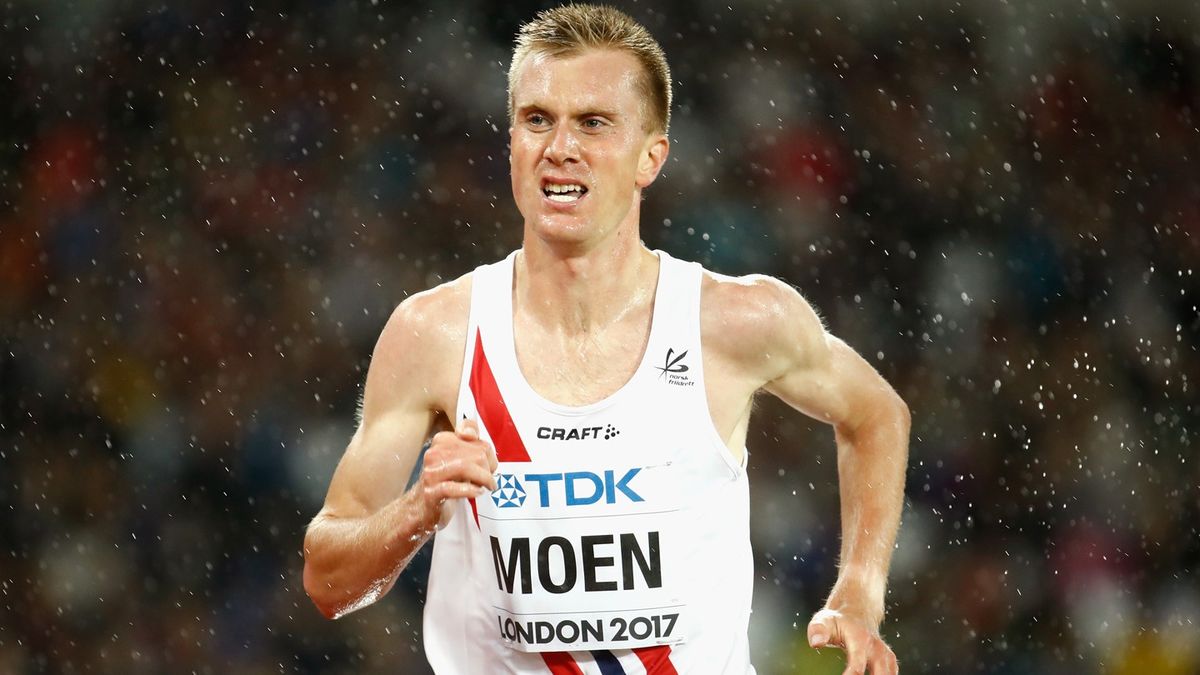 Moen makes a statement in Oslo with European 25,000m record

It’s hard to get a word edgeways most of your time if you are a Norwegian athlete but your name isn’t Warholm or Ingebrigtsen. Nevertheless, Sondre Nordstad Moen’s legs did some emphatic talking at the Impossible Games in Oslo on Thursday night (11).

The former European marathon record holder bagged his second continental record when he ran 25,000m – a gruelling 62.5 laps of the famous Bislett Stadium in the Norwegian capital – in 1:12:46.5 to take more than a minute off the previous record, held by the late German Stephane Franke who clocked 1:13:57.6 in 1999.

Even though it is a rarely run distance, it is still an official record and the second-best time ever, just shy of the world record of 1:12:25.4 set by Kenya’s Moses Mosop in 2011.

“In retrospect, perhaps I should have run a more evenly-paced race and maybe I could have got the world record,” reflected the 29-year-old Moen after the race. “But my goal from the start was the area record. My original target was 1:13:45.”

Moen then just missed out on another ancient mark, the European one hour record of 20,944m which has been on the books in the name of the Netherlands’ Jos Hermans since 1976, with 20,703m when 60 minutes were up – passing the unofficial half marathon point in a fraction under 61 minutes – but then dug in and focussed for another four kilometres to finally get his name again in the European record books.

“It was tough. I felt comfortable at 10, 12K. We set the pace I wanted for the European record for 20,000m, so the plan was to go for that too. I even hoped (during the race) I might be able to push for the 25,000m world record. After 13K, I could feel the pace. It was a little bit much, so I reduced it a bit, but it wasn't easy to stay relaxed. At 21-22K I started to feel a bit tired but by then I knew I was well within the European record for 25,000m so I did what I promised. I am very happy” reflected Moen.

“I've been doing a lot of long, tough sessions on the road on my own, so to run hard for 30-40K is something I'm used to. It's tough on the track but the pacemakers did a good job. It was a good day,” he added.

Moen spent the early part of the year training in Kenya and preparing for the London Marathon, which was to have taken place in April, but he returned home when the coronavirus pandemic in Europe worsened and his situation training at altitude in east Africa became difficult to predict.

His racing and training plans, like most athletes, still have a large element of uncertainty to them despite the easing of lockdowns across Europe and the tentative start to competitive athletics.

“I think that, for the next one to two months, I'll stay in Norway but I will have to look at the race calendar and see if there's going to be any races abroad. Otherwise, I'll stick to racing in Norway.”

After just over 10 months as European record holder after his 2:05:48 at the 2017 Fukuoka Marathon, at least Moen can probably look forward to having his name in the record books for a bit longer this time around.