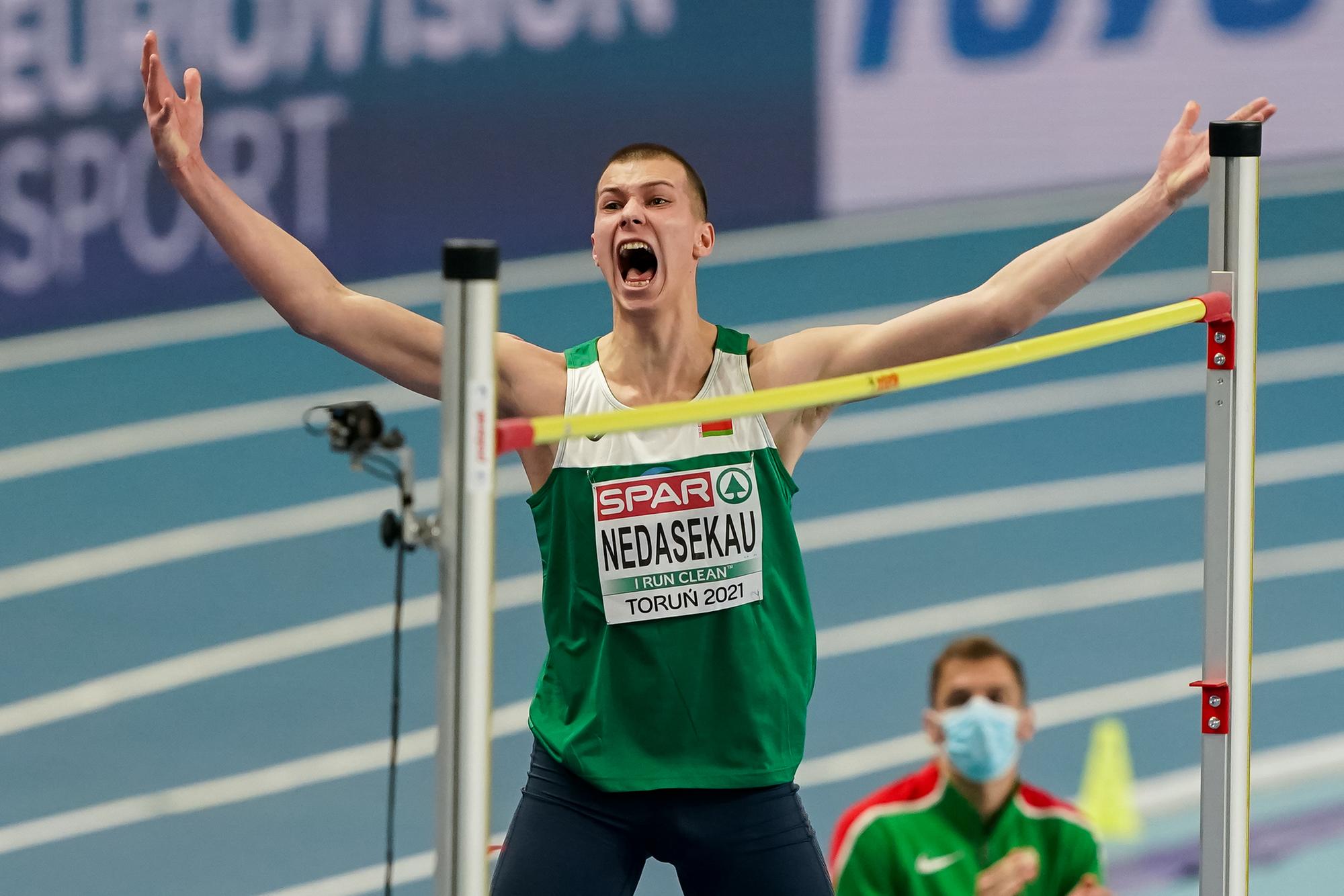 Maksim Nedasekau certainly has an affinity for tracks installed by European Athletics Official Partner Mondo. After all, the Belarussian high jumper´s last four personal bests have come on surfaces manufactured by the Italian company.

His national record clearance of 2.37m at the recent Torun 2021 European Athletics Indoor Championships was the latest in a string of performances in which Nedasekau has risen to the occasion on a Mondo track and claimed his most memorable victories.

Back in 2017, he cleared 2.26m in Grodno when just 19 to secure his first national senior title. Later that summer, he triumphed in a thrilling contest at the European Athletics U20 Championships in Grosseto to break a 40-year-old championship record when he twice improved his personal best, going over first 2.30m and then 2.33m.

In September 2019, he improved further to 2.35m on home soil in Minsk when getting maximum points for Team Europe at The Match and then he added to his growing list of accolades by taking gold in Torun, turning the tables on Italy’s reigning champion Gianmarco Tamberi who had beaten him at the same venue 18 days earlier.

“I love the arena in Torun, it is amazing. I already set a (indoor) PB here earlier this year,” said a delighted Nedasekau, who now has European titles at U20, U23 and senior level.

His performance was one of eight world-leading marks in the Arena Torun at the time, all bar two of which survived until the de facto end of the indoor season last weekend.

The complete list of marks achieved in Torun which ended the year as the best anywhere in the world during this indoor season were:

For Visser, defending her continental crown in Torun was the icing on the cake of a superb season which saw her win six of her seven competitions – the Dutch hurdler’s only loss coming in her season opener in Karlsruhe – and reduce her 60m hurdles national record twice, not just to 7.77 in the Torun final but also in Madrid 11 days earlier when she ran 7.81 on another Mondo surface, with both the Polish city and the Spanish capital being able to boast of Mondo's Sportflex Super X tracks in their showpiece indoor arenas.

Mondo’s Sportflex Super X track has become the surface of choice for most top-class indoor athletics venues and has been installed in more than half of the World Athletics Certified Indoor Athletics Facilities around the world.

Its hexagonal air cells that guarantee a highly-rated combination of shock absorption, energy storage and then return, which can then translate into real benefits for the athletes themselves. The surface has been shown to reduce athletes’ fatigue and the risk of injury during training and competitions.

Visser’s 60m hurdles event was not part of the World Athletics Indoor Tour this year but European athletes who came out on top of the standings in their specialist events in Madrid and guaranteed their entry to next year’s World Athletics Indoor Championships in Belgrade, Serbia were Tamberi, the Belarussian pole vaulter Iryna Zhuk and Czech 400m runner Pavel Maslak.

However, Torun also witnessed another world-leading time at the Copernicus Cup last month when Great Britain’s Elliot Giles sped to the second-fastest indoor 800m time ever when he clocked 1:43.63 over four laps of the track.

Norway’s Jakob Ingebrigtsen – who was to take a 1500m and 3000m double at the European indoors to take his tally of senior continental titles to five before his 21st birthday – set a world-leading mark and continental record over the shorter of his two championship distances when he won the 1500m in Lievin, France, another arena with a Mondo track.

Lievin was also where the women´s shot on the Worlds Athletics Indoor Tour was decided, with Portugal’s Auriol Dongmo – who was to go on and win gold in Torun as part of her five-outing unbeaten season – helped cement her status as the world’s leading exponent in her event this winter with not just another victory but also going well over 19 metres.

Ukraine´s Yaroslava Mahuchikh was another European athlete who posted five consecutive victories during the last 10 weeks and the prodigious Ukrainian teenager amazed everyone when she cleared 2.06m at the prestigious Banska Bystrica high jump meeting in Slovakia on another Mondo surface.

The height was the best in the world, indoors or out, since 2017, and moved her up to equal-third on the world indoor list.