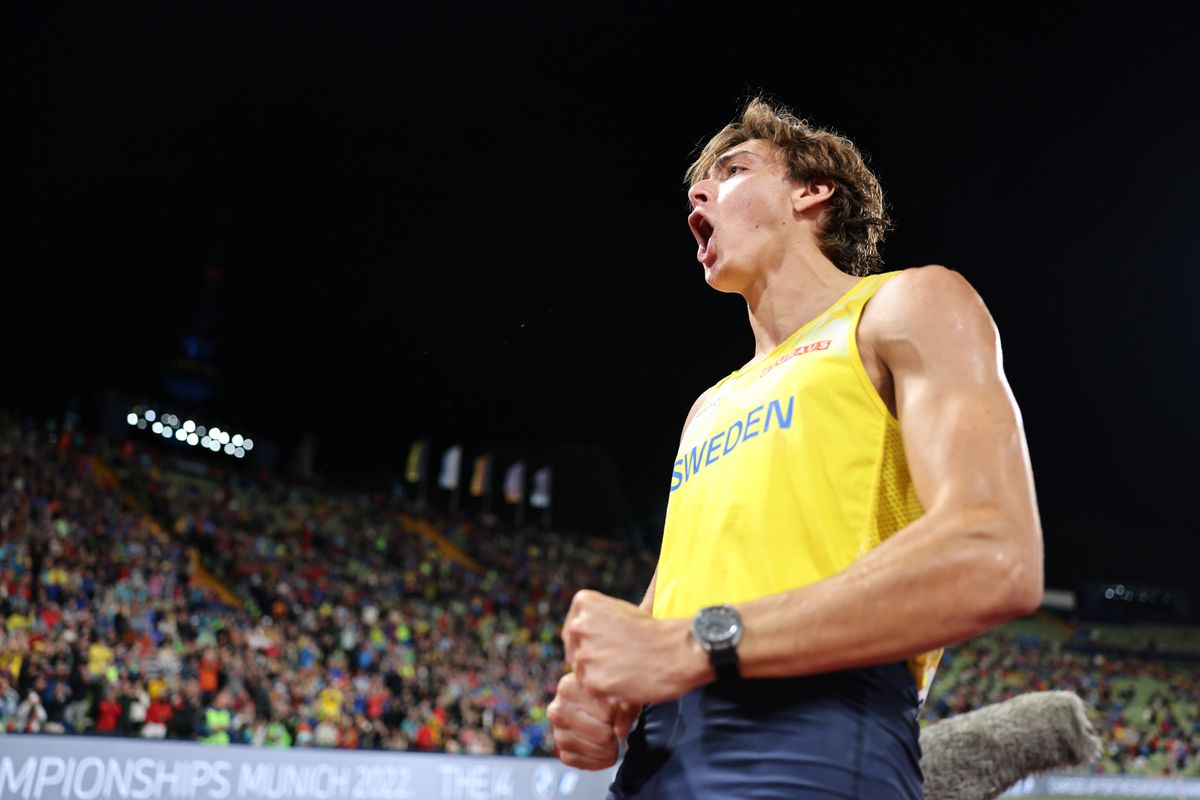 Three first-time clearances at 5.65m, 5.85m and 5.90m were enough for world and Olympic pole vault champion Armand Duplantis to retain the European title he won four years ago on the penultimate day of the Munich 2022 European Athletics Championships, part of the wider multi-sport European Championships, on Saturday (20).

That only left the question of how high to try and jump before he concluded his efforts. The 22-year-old Swede selected 6.06m, one centimetre more than his championship record in Berlin, clearing it – of course – on his first attempt.

"Considering the situation and circumstances, I cannot complain. It was very special for me today. I just focused on winning I guess," said Duplantis. "I think this season, I have experienced all kind of situations and these championships were very special to me. The crowd was very special, it is a special place here." 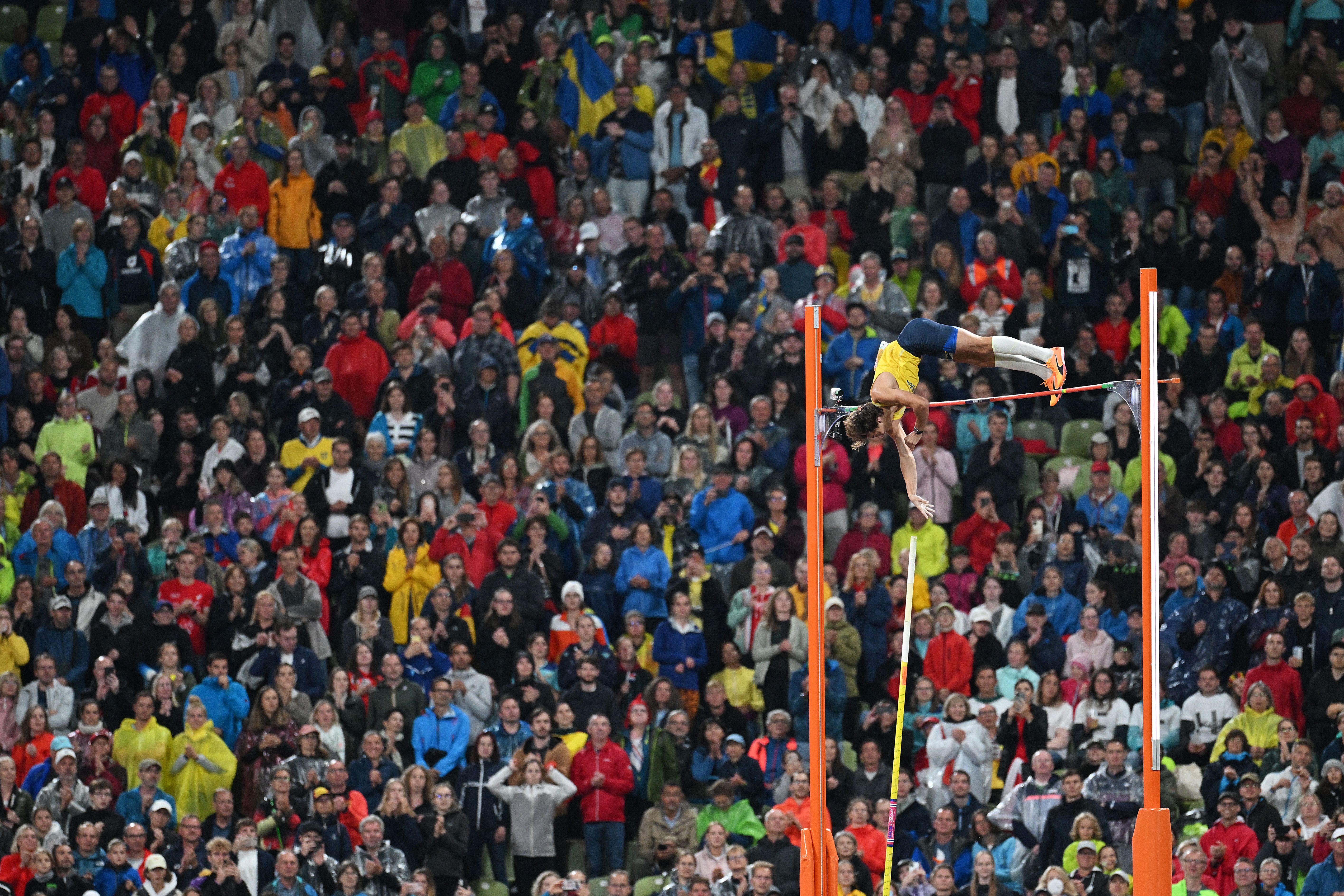 While the rain had abated, the wind was still gusting, as evidenced by the flags that fluttered constantly on the rim of the stadium, making conditions difficult for all competitors.

Other than Duplantis, the man who managed best was 23-year-old home vaulter Bo Kanda Lita Baehre, who was fourth at the 2019 World Athletics Championships and has appeared in some of the promotional material for these championships, earning silver with a best of 5.85m.

Bronze went to Norway’s Pal Haugen Lillefosse on countback from Rutger Koppelaar of the Netherlands, France’s Thibaut Collet and second Norwegian Sondre Guttormsen, all of whom cleared 5.75m.

France’s former world record-holder and three-time European champion Renaud Lavillenie cleared 5.65m with his first effort but could go no further, passing at 5.75m before bowing out at 5.85m.

Teenage triumph for Tzengko in the javelin

Greece’s 19-year-old javelin thrower Elina Tzengko earned the fourth gold medal for her country at these championships thanks to a second-round personal best of 65.81m.

She shared the podium with 41-year-old world record-holder Barbora Spotakova, who earned her first big medal since winning the world title in 2017 - and her first European medal since winning gold at Zurich in 2014 - as she claimed bronze with a last-round effort of 60.68m. This was the fourth European medal of her storied career which goes back to the last time Munich hosted these championships in 2002.

Tzengko, the daughter of Albanian immigrants who gained Greek citizenship in 2018, led from start to finish, opening with 60.82m and following up with her best of the night before concluding with 64.57m.

When Serbia’s Adriana Vilagos - even younger than Tzengko at 18 years old and still a junior next year - pushed Spotakova into fourth place by centimetre through her fifth-round effort of 60.32m, it seemed as if the Czech veteran was in for a frustrating finale.

But the two-time Olympic and three-time world champion responded in characteristic fashion with a final throw that put her in silver position. And even though Vilagos moved through to silver with her last effort of 62.01m, Spotakova had her podium spot once again.

“It was a beautiful thing to win a medal after so long in front of both my boys and my husband, and I have a group of 60 supporters who are here with me,” Spotakova said.

The gold medallist reflected on her improvement after last month’s World Championships in Oregon, where she failed to qualify for the final after throwing a best of 57.12m.

“I was waiting for the right moment here at the European Championships. I am really excited because after Oregon I told myself ‘just relax, you can throw a lot of metres, you just have to do this.’

“At my last competition I threw over 60 metres so I knew I could throw over 63 metres and here at the European Championships I did it. Crazy competition for me, the Greek team was here to support me. I want to attack 70 metres for sure, but at the moment, 65 metres is perfect for me now. I am only 19 years old. I still have a lot of years to come.” 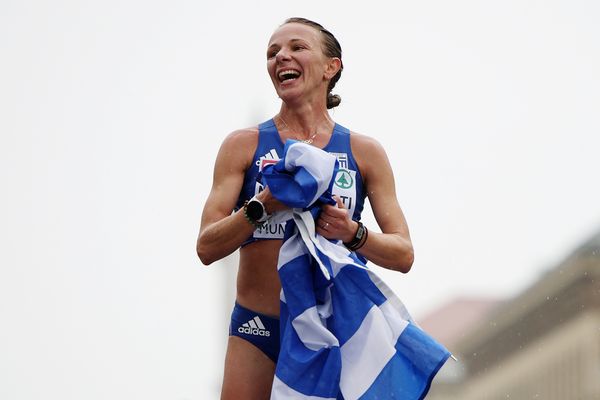 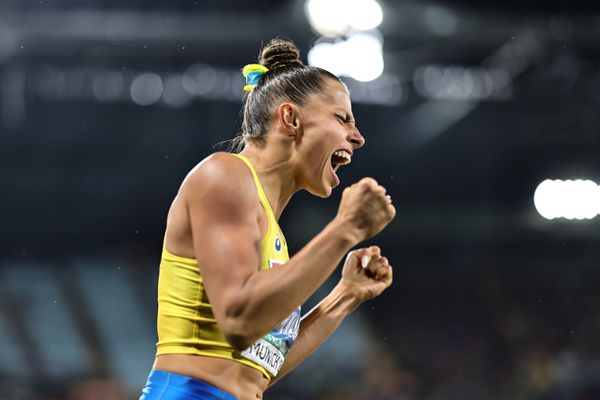 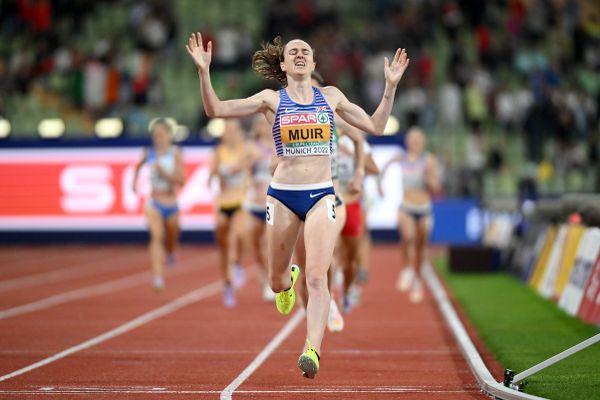