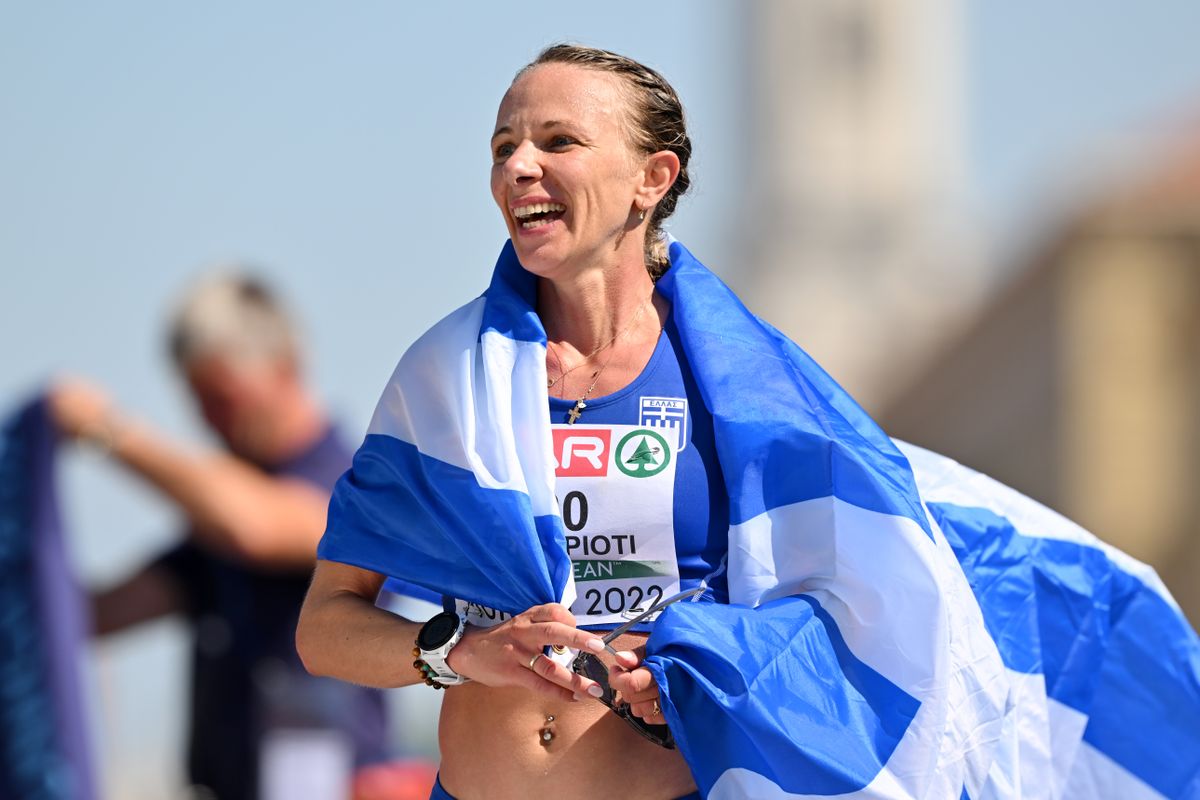 For Antigoni Ntrismpioti, the Greek race walker who fits in her training around working as a waitress in her family’s restaurant, a waiting game paid off with a breakthrough gold medal at the tender age of 38 in the women’s 35km race walk at the Munich 2022 European Athletics Championships, part of the multi-sport European Championships.

For Spain’s Miguel Angel Lopez, a long bid for home paid off with gold in the men’s race as the former 20km world and European champion broke the challenge of favourite Perseus Karlstrom of Sweden, whose bronze medal exertions at 35km and 20km at the World Championships took an obvious toll as his brave challenge ground to a halt in gruelling heat as he bowed out with 10km to go.

In their contrasting ways, both victories were brilliantly executed victories in front of a sun-bathed crowd on the 17-and-a-half lap course in the heart of Munich old town, starting and finishing in Odeonsplatz.

It took Ntrismpioti until the 24km checkpoint - and almost two hours of toil - to pull decisively ahead of Spain’s Raquel Gonzalez after the pair worked in tandem to catch and pass long-time leader Viktoria Madarasz of Hungary, who hung on for a richly-deserved bronze medal.

In the men’s race, Lopez broke clear from the five kilometre mark, pouring the pressure on Karlstrom, who commendably battled on before exhaustion caught up with him after passing 25km.

To the delight of the home crowd, Germany’s Christopher Linke worked his way through the field to take silver, his first international medal at the age of 33 – with just two weeks of training in the tank after being hit by coronavirus at the World Championships in Eugene. Matteo Giupponi of Italy claimed the bronze. 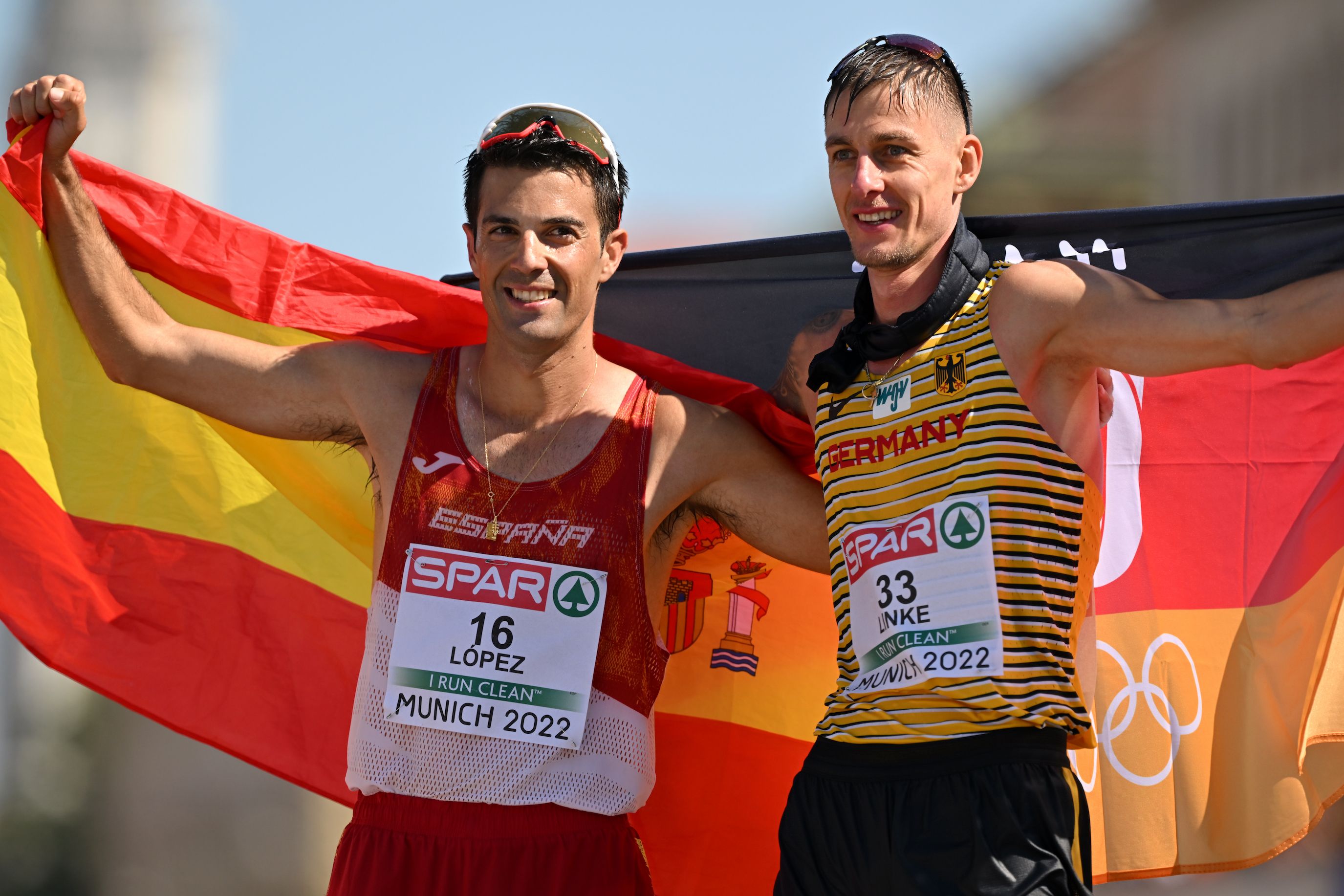 At 38, Ntrismpioti nailed her first major championship medal – and a first for her country in race walking - three weeks after missing the podium by one place with fourth place in the 35km event in Eugene.

She had to bide her time after Madarasz – just a year younger, at 37 - tried to break the field from the off.  The Hungarian reached the three kilometre mark in 14:37 with a lead of 16 seconds and still held an advantage of eleven seconds at 15km, with Ntrismpioti and Gonzalez plugging away in pursuit.

At 18 kilometres, the persistence of the chasing pair paid off as they drew level and overtook the tiring Madarasz.

Ntrismpioti was one cool customer in  the heat, appearing to chat to a television cameraman getting a close up shot as she tried to break Gonzalez, who finished one place behind her, in fifth, at the World Championships.

“I was actually talking to my husband, who was following the race on a scooter,” she said later. I told him I was confident. I said, ‘Don’t worry. I have it.’”

The confidence was fully justified as Ntrismpioti pulled clear with 11 kilometres to go. She crossed the line, with bouzouki music ringing round Odeonsplatz, in 2:47:00.

“I’m very happy to get my first major medal at 38,” said Ntrismpioti. “I worked really hard for it. I thought from the start of the race that I was going to win but I had to be patient with the pace.

“The game was more with the Spanish girl than with the Hungarian who went out fast, but it came good for me in the end.”

In the men’s race, it looked destined to come good for Lopez from a long way out.

The 34-year-old, the European champion at 20km in Zurich in 2015 and world champion in Beijing a year later, kept his powder dry in the opening stages as Miroslav Uradnik of the Slovak Republic blazed through the first kilometres in 14:07, opening a gap of seven seconds.

By the five kilometre mark, however, his advantage had disappeared as he settled back into the main group, with Lopez in the vanguard. 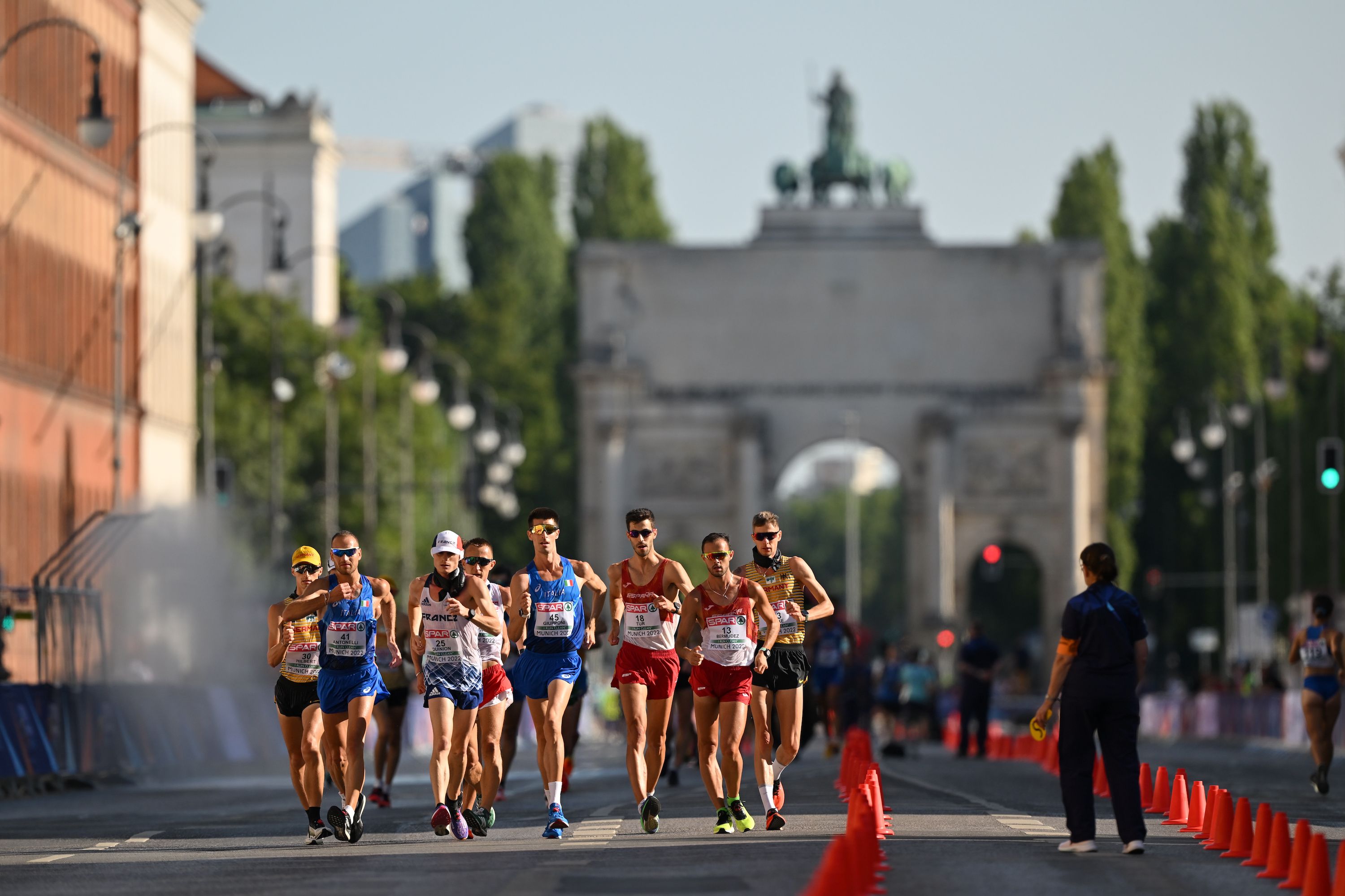 At that stage, with 23:05 on the clock, there were 15 men together but the Spaniard decided to make a kick, opening an eight seconds lead within two kilometres, with Karlstrom clear of the pack in attempted pursuit.

He kicked in again, trying to draw the sting out of Karlstrom, stretching his lead to 50 seconds and 1:32 at the 15km and 20km checkpoints respectively.

It was clear in the next two kilometres that the Swede was in distress. He slowed to everyday walking pace, stretched, and tried to kick-start but dropped back to fifth before finally stepping off the course with some assistance from the medics.

By the finish, Lopez had a comfort zone of 2:41. He could afford to slow, collect a Spanish flag in the home straight, and blow kisses to the crowd before crossing the line in 2:26:47.

Linke claimed silver in 2:29:30 and Giupponi bronze in 2:32:31 – both personal bests – with Lopez’s Spanish team-mate Manuel Bermudez in fourth.

“Leading from the front on my own made it hard to keep the pace,” said Lopez. “It was a bit of a risk but it paid off. I felt strong and managed to maintain the pace throughout the race.”

For Linke, having missed a 20km medal by one place in Zurich in 2014, the silver was a sweet consolation in his home country.

“To get my first medal here in Germany is so special,” said the Berliner. “I can’t believe I have done it after Covid and just two weeks of training.

“I didn’t finish in the 20km in Eugene and tested positive before the 35km race. I had ten days with no training - and then this! It’s crazy. But sometimes when you are free in your head, you can walk easier.” 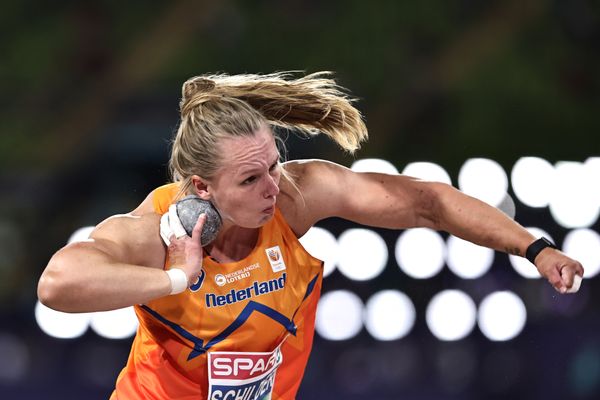 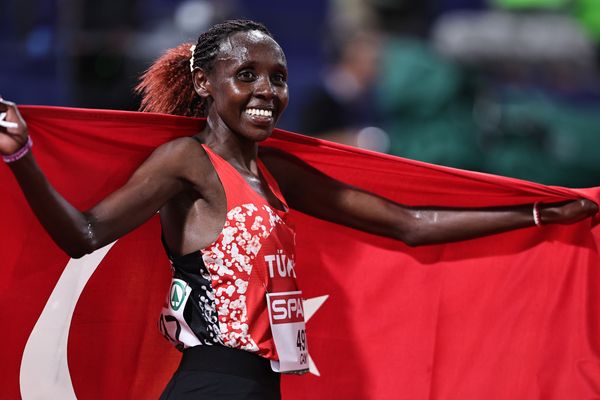 Former champion Can regains her 10,000m title with masterful surge in Munich