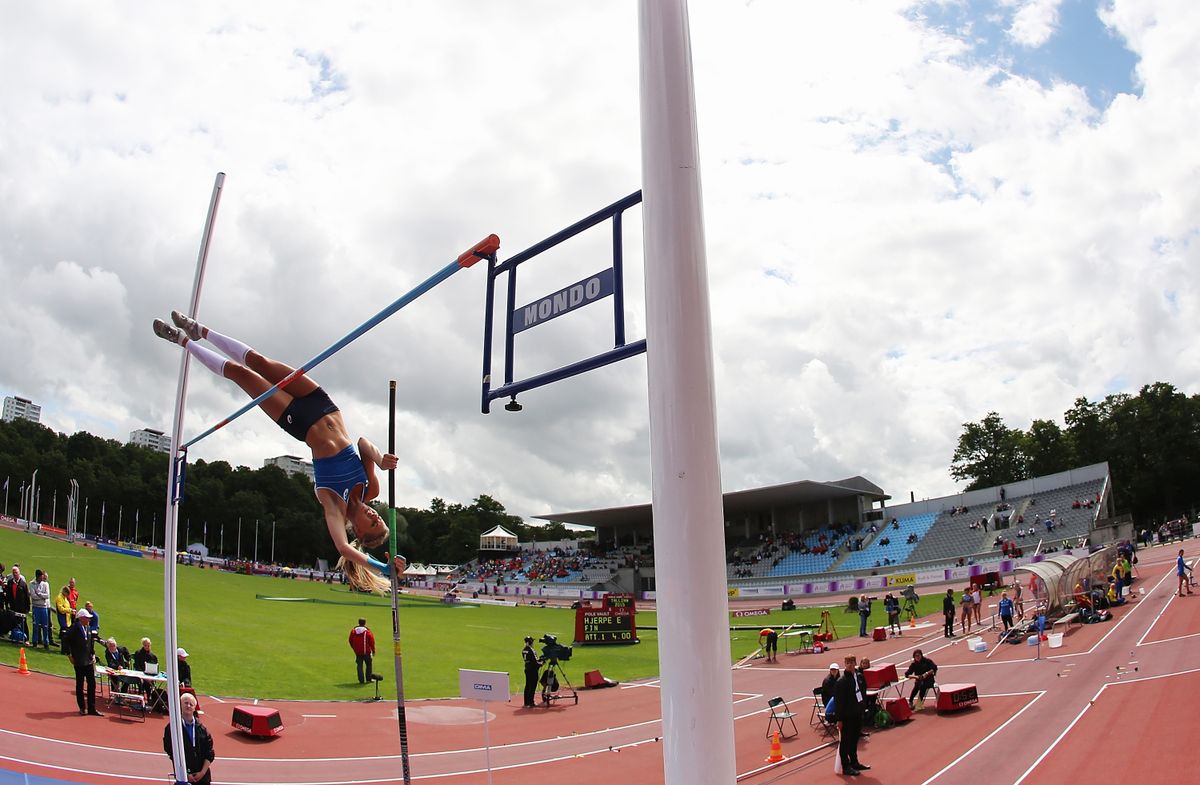 One month to go until the European Athletics U20 Championships

Today (15) marks one month to go until the Kadriorg Stadium in Tallinn plays host to the continent’s outstanding junior athletes at the European Athletics U20 Championships.

The Estonian capital last staged the biennial championships a decade ago when the event memorably took place in unseasonably hot and sunny conditions with temperatures readily surpassing the 30C mark for the evening sessions.

Four years before she made a full-time switch to the sprints, Dafne Schippers from the Netherlands won the heptathlon title and Russia’s Mariya Lasitskene - who was competing under her maiden name of Kuchina - matched the championship record of 1.95m in the high jump final.

The golden generation of French athletics can also be traced back to those championships in Tallinn.

In his last season as a junior, Jimmy Vicaut won the 100m title from Adam Gemili by a whopping 0.34 and Pierre Ambroise Bosse and Kevin Mayer both won gold medals in the 800m and decathlon respectively, six years before they would both emulate on the senior stage at the World Athletics Championships in London.

A handful of gold medallists from last edition in Boras, Sweden two years ago will be eligible to defend their titles in Tallinn next month including Italy’s Larissa Iapichino who could have Darya Klishina’s championship record of 6.80m in her sights in the long jump.

Iapichino emulated her mother Fiona May who won the very same title in 1987 and she has continued her upward trajectory since then, erasing Heike Drechsler’s seemingly unsurpassable world indoor U20 record with 6.91m during the indoor season.

Great Britain’s Amy Hunt came away with gold medals in both the 200m and 4x100m in Boras, winning the 200m title in 22.94 despite an unfavourable headwind of 1.7 m/s. In more conducive wind conditions, the Brit could have surpassed one of the longest standing records on the books - the time of 22.85 set by East Germany's Barbel Wockel at the second edition of the European Athletics U20 Championships in 1973.

Reigning European U20 discus champion Alida Van Daalen from the Netherlands will also be in contention for a rare double in Tallinn. The 19-year-old is ranked second at U20 level in the shot put with 17.65m and third in the discus with 57.20m.

Other prospective stars of the championships include the British 800m duo of Keely Hodgkinson and Max Burgin, both of whom won European U18 titles in Gyor and has since broken the European U20 records over two laps of the track.

Heptathlete Henriette Jeager from Norway, who finished top-ranked in Europe across five events at U18 level is another exciting prospect to watch in Tallinn along with Ditaji Kambundji, the sister of Mujinga, who has broken the 13 second-barrier in the 100m hurdles twice this season already.