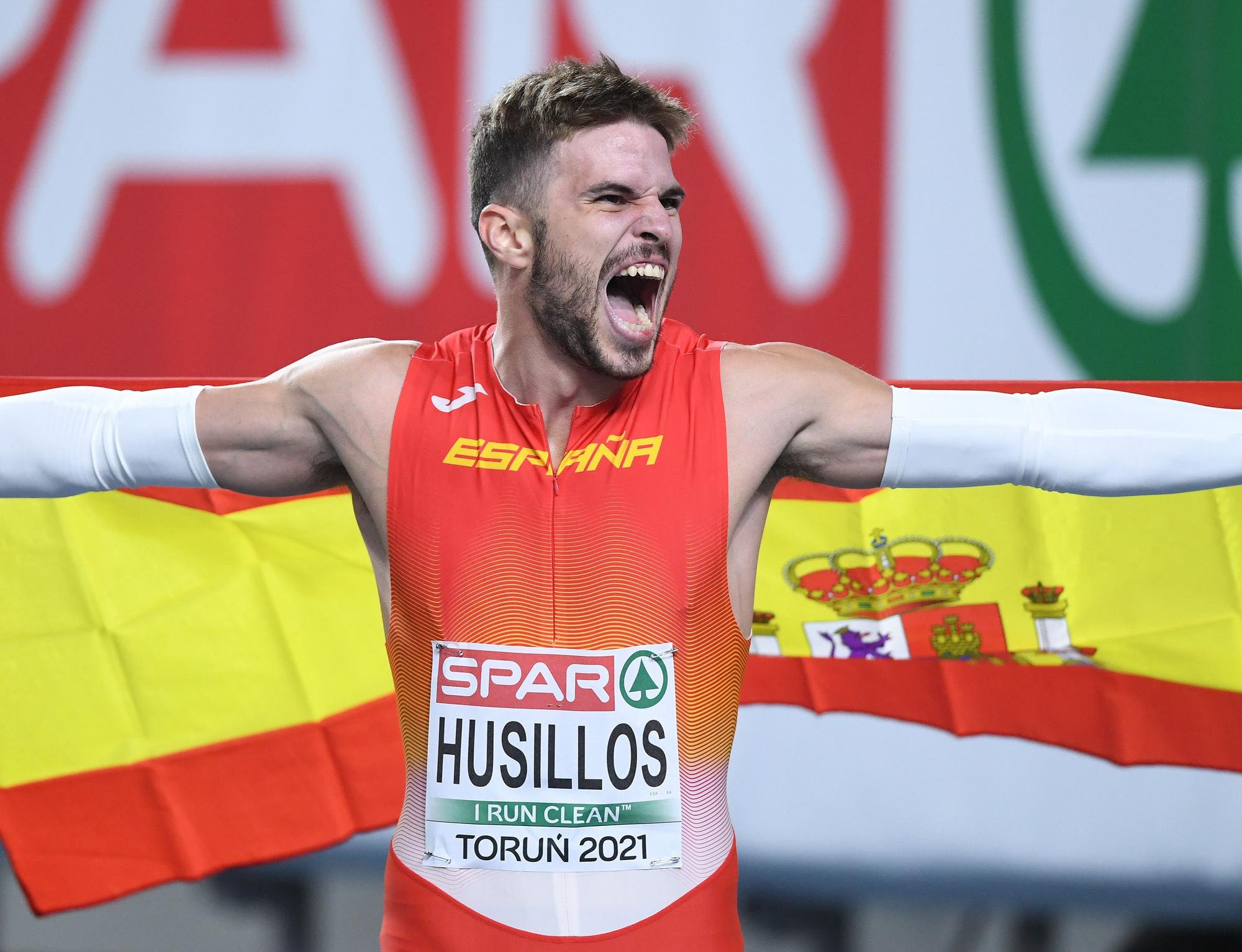 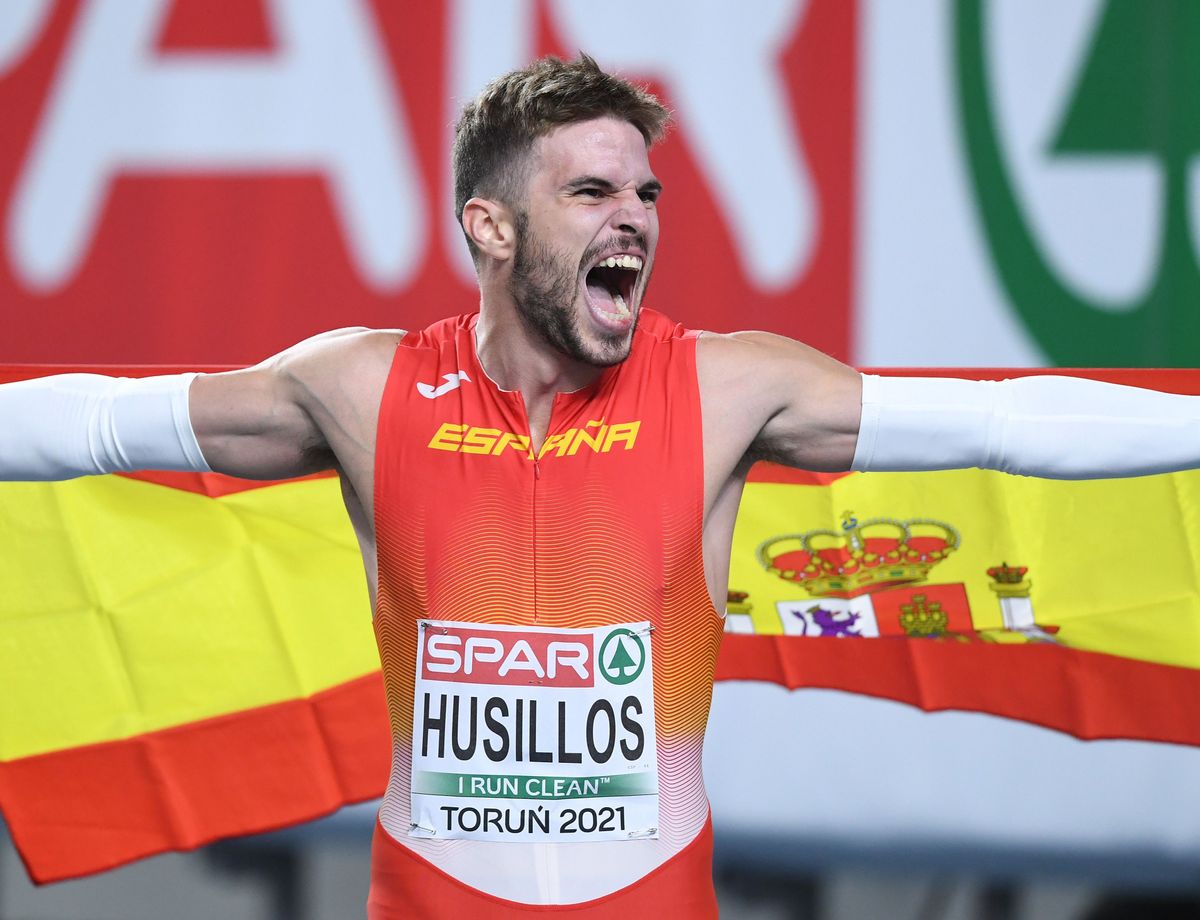 Spain’s Oscar Husillos famously was the first man across the line in the 2018 World Athletics Indoor Championships 400m final, clocking what would have been a European indoor record of 44.92 only to be later disqualified for a lane infringement.

Three years later, almost to the day, Hussillos finally got some consolation for that disappointment in Birmingham and climbed to the top of the podium at a major international championships when he took the 2021 European indoor title over two laps of the track in the Polish city of Torun.

In an interview with the Spanish federation website (the original in Spanish can be read here, and an edited version is published below), Husillos talked about his win in Torun and making the Spanish 400m record his own this coming summer.

Congratulations on your first 'official' international title. Would you say this win puts behind you the pain of what happened in Birmingham in 2018?

What happened during the 2018 indoor season is difficult to forget. The European title went a long way to healing the scars of what happened in the world indoor championships final…. but all of this is part of sport and of an athlete's life, there are good and bad moments, and whether or not what happened in Birmingham was absurd is part of that.

To what extent would you say that you have now overcome what happened in Birmingham psychologically?

I've never had moments of despair as such. It is more related to how I feel and my training marks. I write down all the training sessions that I do and when I look at the ones I did in that year (in 2018) well, I feel bad. But I think that sooner or later I will be back to that level and that I can run that way again.

In the Torun heats, it was only the first two in each heat that went forward to the semi-finals. What do you think about this system and not having a fastest non-automatic qualifiers?

It was a novelty that only athletes with a big Q and not a little q progressed. When we were talking between the coaches and the (Spanish) athletes beforehand, we said that there would be no problem; that it was not necessary to worry about it as we believed all three of us (Husillos, Lucas Bua and Samuel Garcia) would get through and we believed that none of us would have any problem ... but when you see your teammates with marks of 46.9 and 47.0 being left out of the next round, and other athletes have got through with 47.5, it feels a little unfair because it’s now obvious that some first round races were more difficult than others.

In the semi-finals, you had to face Pavel Maslak (CZE), Tony van Diepen (NED), and Vladimir Aceti (ITA). Maslak had just beaten you in Madrid and Van Diepen was the bronze medallist from Glasgow 2019 so how did you deal with it?

I saw the draw and talked about it (with the coaches). We knew it was the toughest semi of the three, with four of the top seven in Europe this year. But the issue remained the same; it is a European championship and nobody is going to make it easy for you. The only thing that changed was the strategy, the plan was to win the race in a fast time to get a better lane in the final (although Husillos actually finished second in his semi and won in the final from lane four).

In the final you went out at an what might have been a suicidal pace pace, and passed the 200m at 21.32. What was your thinking behind that?

Suicidal start? It's possible that it might have turned out that way but I thought out my strategy and decided that I should be the fastest (over the first 300 metres) and I knew that if I took the inside lane and managed to hold it until the last 50 or 60 metres, then it would be difficult for the others to overtake me because I would have a clear run to the line and everyone else would have to come around me.

In short: the plan I made with my coach (Luis Angel Caballero) turned out perfectly!

In truth, this data tell me little because I know that I was not in good shape as I was in 2018 or as Warholm was in 2019. I only know that the best strategy for the race was to make a very fast first lap and then risk everything on the second lap to keep the inside lane.

I also knew that I was not the athlete in the best physical shape in the final but that doesn’t always win you championships and medals, and what I do know is how to execute a good strategy in an indoor 400.

Your personal best is 44.73 and the Spanish record is 44.69. Is this summer the moment to snatch that record from (2016 European 200m champion) Bruno Hortelano?

Of course, without any doubt. It is one of the goals of the summer and I would be lying if I told you that I am not thinking about the Spanish record. I finished just fourth-hundredths behind Bruno in that 2018 race in Moraralaz (the Madrid suburb where Hortelano set the record and Husillos got his PB), and that has been a little thorn in my side. I’m not obsessed but I want the record, and with good preparation I see myself able to do so. 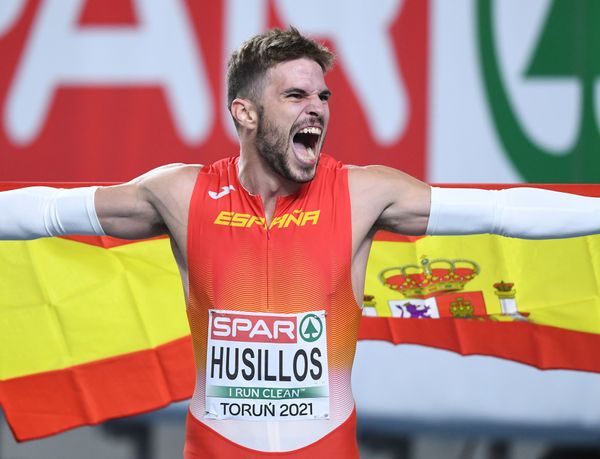