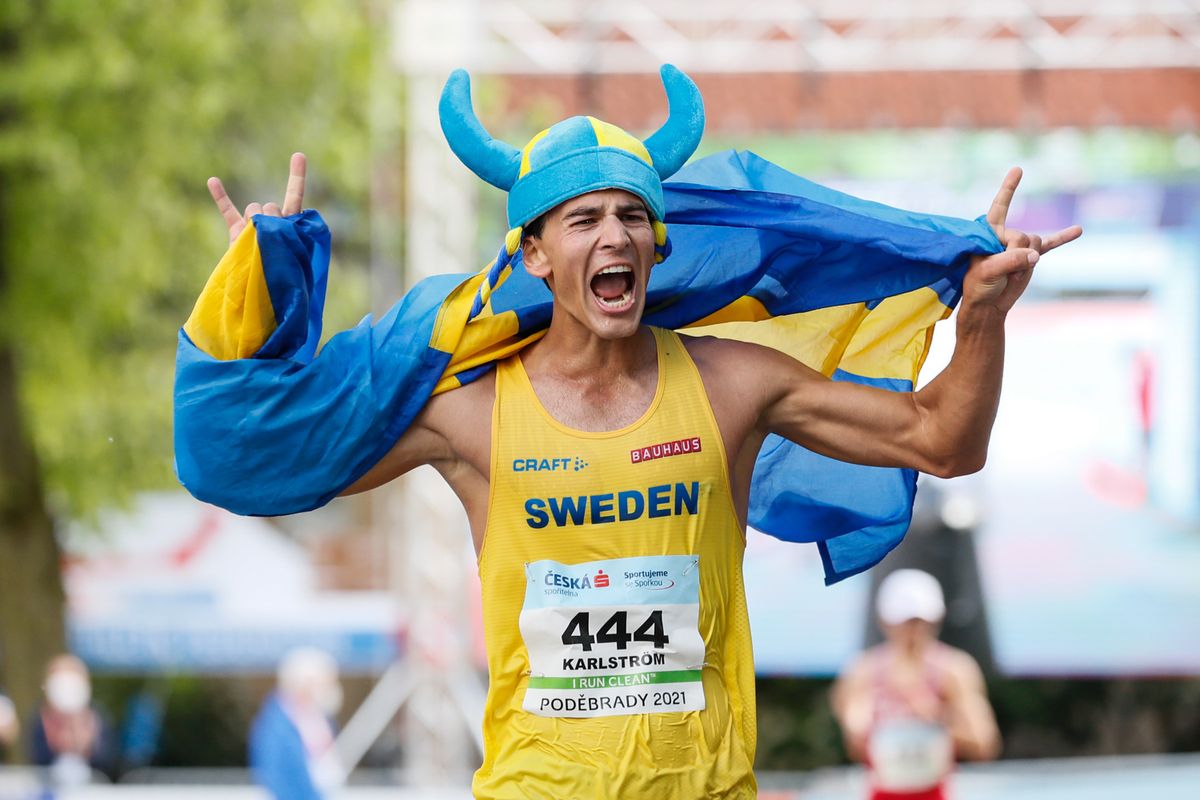 The Italian’s fondness for the Czech spa town reached a new high having won the individual title on this very same course four years ago before returning to win the annual and long-standing race walking event last autumn.

Her latest triumph saw her eclipse compatriot Eleonora Giorgi’s course record to land a very impressive 1:27:42 and win by a considerable margin. Her victory was exactly like October last year when she took a decisive lead at halfway, stepped off the gas, and then put her foot down again in the final quarter.

The others must have forgotten because it looked as if the 2018 European bronze medallist had overcooked it when three Spaniards clawed back her lead at the 16 kilometre mark. Instead, Palmisano found another gear to go away a second and decisive time.

That second burst put paid to the chances of reigning European champion Maria Perez and her Spanish compatriots Laura Garcia-Caro and Raquel Gonzalez as far as the individual title was concerned. However, the trio held on in that order to cement a commanding team win for Spain.

The early pace was set by Katarzyna Zdzieblo who led through the two kilometre checkpoint. The Pole was reeled in shortly after, but the leading group of 10 was biding its time as she survived all the way to halfway in 44:41.

Indeed, the leaders were spread across the course, suggesting the pace was comfortable. Palmisano then dipped her toe to see what the pack could do by increasing the pace by 10 seconds a lap. She left the rest trailing, but four kilometres later it looked as if she had made a big mistake. If it was a feint to dishearten her pursuers, it worked a treat.

Behind Palmisano and the three Spaniards, Ayşe Tekdal was a surprise fifth place. She was expected to play a supporting role to Meryem Bekmez, the European U18 and U20 champion, as Turkey’s best hope for a medal. However, the latter had a bad day and Tekdal came through in 1:29:47, a 25 second improvement on her previous best.

The strong Ukrainian challenge didn't disappoint and Olena Sobchuk, Hanna Shevchuk and Lyudmila Olyanovska came in next - all under 1:30:00 and all within two seconds of each other - for team silver ahead of Italy with bronze.

Perseus Karlstrom could have knocked a few seconds off his course record in the men’s 20km race walk. Instead, the Swede stopped at the final feed station, not for a drink, but the same mock Viking helmet and Swedish flag he wore through the finish line two years ago in Alytus, Lithuania.

Same fun gear, same result. And in doing so, the Swede became the first walker in championship history to win back-to-back titles in the men's 20km race walk.

Like Palmisano, the world bronze medallist has a real affinity with Podebrady. He won here last October and also took bronze at the European Race Walking Team Championships four years ago on the same course.

As he has done in the past, Karlstom was forced to stay cool in warm conditions as he saw European U23 silver medallist Salih Korkmaz sprint away from the start. He was quickly clocking sub four-minutes for the one kilometre circuit and was out of sight at times until halfway.

The chasing group of 10 then shed Great Britain’s Tom Bosworth and Italy’s Matteo Giupponi just before 11 kilometres while Karlstom and Spaniards Diego Garcia and Alvaro Martin worked through the gears to catch Korkmaz at exactly the 13 kilometre mark.

The determined Turk tried to inch an advantage over the next three laps, but every time he pushed, the other three latched onto his shoulder. Finally, Korkmaz, now looking wide-eyed and desperate as he strove to get air into his lungs, felt the effects of his precocious start and fell out of medal contention at the 16 kilometre mark.

A couple of laps later the elastic also stretched on Garcia, who drifted back a few seconds - soon to be followed by Martin.

The race was done by the time Karlstom donned his hat. But again, Spain underlined their strength in depth when Martin came home for silver in a lifetime best of 1:19:14. He was followed five seconds later by Garcia.

Former World and European champion Miguel Angel Lopez quietly came through for fourth to confirm yet another Spanish team gold. His time of 1:19:25 was only 11 seconds slower than his best time set six years ago, the same year he won the world title in Beijing.

Italy's Franciso Fortunato was in the form of his life to record 1:19:43 and knock a massive 2:18 off his best in the process to finish fifth.

France's Gabriel Bordier sprinted the last 50 metres to edge home the thickness of a vest from the spent Korkmaz for sixth place with both timed at 1:20:10.