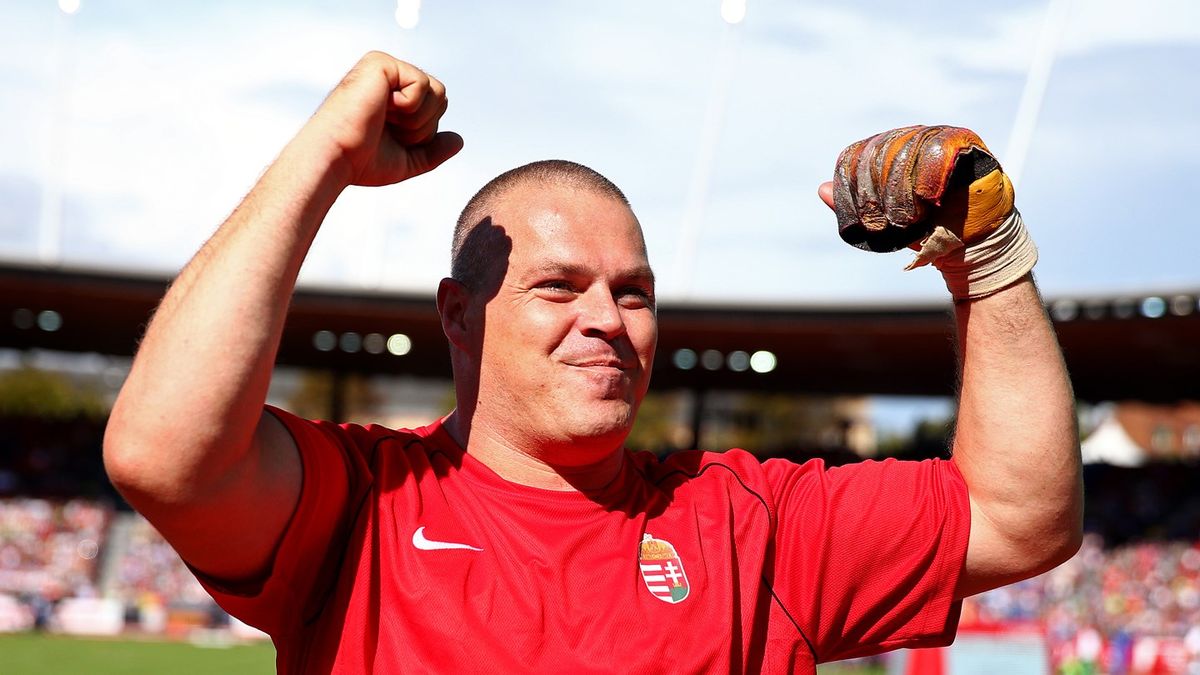 In a year where he is the defending Olympic and European hammer champion, Hungary’s Krisztian Pars will look to keep hold of another title next weekend at the 16th European Throwing Cup in Arad.

Twelve months on from his victory in Leiria with 79.24m, Pars will aim to put down a 2016 marker in the biggest outdoor throwing event of the spring.

His record speaks for itself. Pars, 34, crowned his career with his Olympic glory in London 2012, a few weeks after his triumph at the European Athletics Championships in Helsinki, a gold he then retained in Zurich 2014.

Last Sunday, Pars threw 77.38m in Szombathely and already in this early part of the year there will be an enticing head-to-head in Romania as he faces the man who tops the rankings - Moldovan Serghei Marghiev (78.48m), who won under-23 bronze in this competition in Castellon in 2013.

Pars is one of three men returning to defend their European Throwing Cup titles as the Final Entries for the event have been confirmed:

Martin Kupper, of Estonia, won the discus last year with a second round personal best of 66.67m while Bosnia & Herzegovina’s Mesud Pezer, 22, is back in the under-23 shot put after his victory in Leiria. His winning effort then of 19.44m was an under-23 national record and he faces a field including one of the young stars of Romanian athletics, 18-year-old Andrei Toader who won silver at last year’s European Athletics Junior Championships in Eskilstuna with the 6kg device.

The home crowd will also have a gold medallist to support in the shape of discus thrower Alin Firfirica. The European under-23 champion from Tallinn last July heads the field in that event with his personal best of 61.04m and will face competition from Sweden’s Simon Pettersson (60.25m pb).

The senior women’s javelin will prove fascinating with the amazing talent being produced in Germany.

Will the omens be with Christin Hussong?

After Katharina Molitor finished third in the European Throwing Cup in Leiria, she progressed to become world champion five months later and her teammate Hussong is fast developing into the country’s next new star.

Hussong won this under-23 event last year with 60.91m and then took gold (65.60m) again at the European U23 Championships. She now makes the step up to this senior event and with a best of 65.92m, she has thrown 2.75m more than her nearest rival, Estonia’s Liina Laasma.

Two more gold medallists from Tallinn will also be in action in the senior events in Arad, with Belarusian Viktoriya Kolb (shot put) and France’s Alexandra Tavernier (hammer), while in the under-23s, two silver medallists from the European juniors will compete - Slovenia’s Veronika Domjan (discus) and Norway’s Beatrice Nedberge Llano (hammer).

In the senior discus, France's Melina Robert-Michon, who has been one of European Athletics' most consistent throwers in the past few summers, with world silver in 2013 and European silver in 2014, will be the woman to beat.