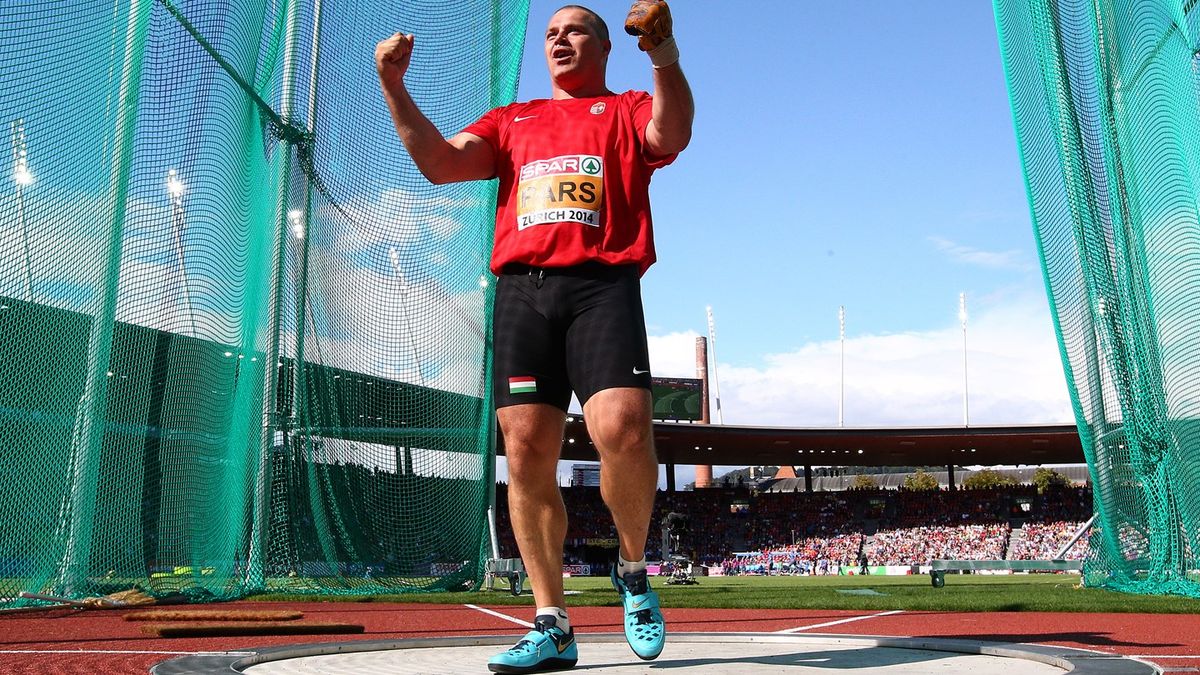 Pars is the champion again

Krisztian Pars has too much experience to panic when he is not in front - which is not that often.

And so, as he picked up the hammer for his fifth round throw in Arad on Saturday, the expectation grew at the 16th European Throwing Cup.

It had been a roller-coaster afternoon for the brilliant Hungarian in the defence of this title.

As for round five? It was there that Pars flexed his muscles and threw the hammer 75.21m to achieve victory by four centimetres from Belarusian Siarhei Kalamoyets with Italy’s Marco Lingua (74.51m) in third. Moldovan Serghei Marghiev, who leads the world rankings this year with 78.48m, was fifth with a fourth-round best of 73.50m.

Another gold in the bag then for Pars who was the only athlete out of the top eight not have to a foul and this summer he will be chasing a hat-trick of European titles in Amsterdam aswell as being the defending Olympic champion.

In the men’s under-23 discus event, Sweden’s Simon Pettersson celebrated victory as the only athlete to break 60m - and in the process denied the host nation a gold medal.

But he turned the tide this time and just for good measure, Pettersson hit the winning distance twice.

He won with 60.28m from the fourth round and then reached the same mark with his next go to beat Firfirica by a metre with Lithuania’s Domantas Poska (58.08m) in third.