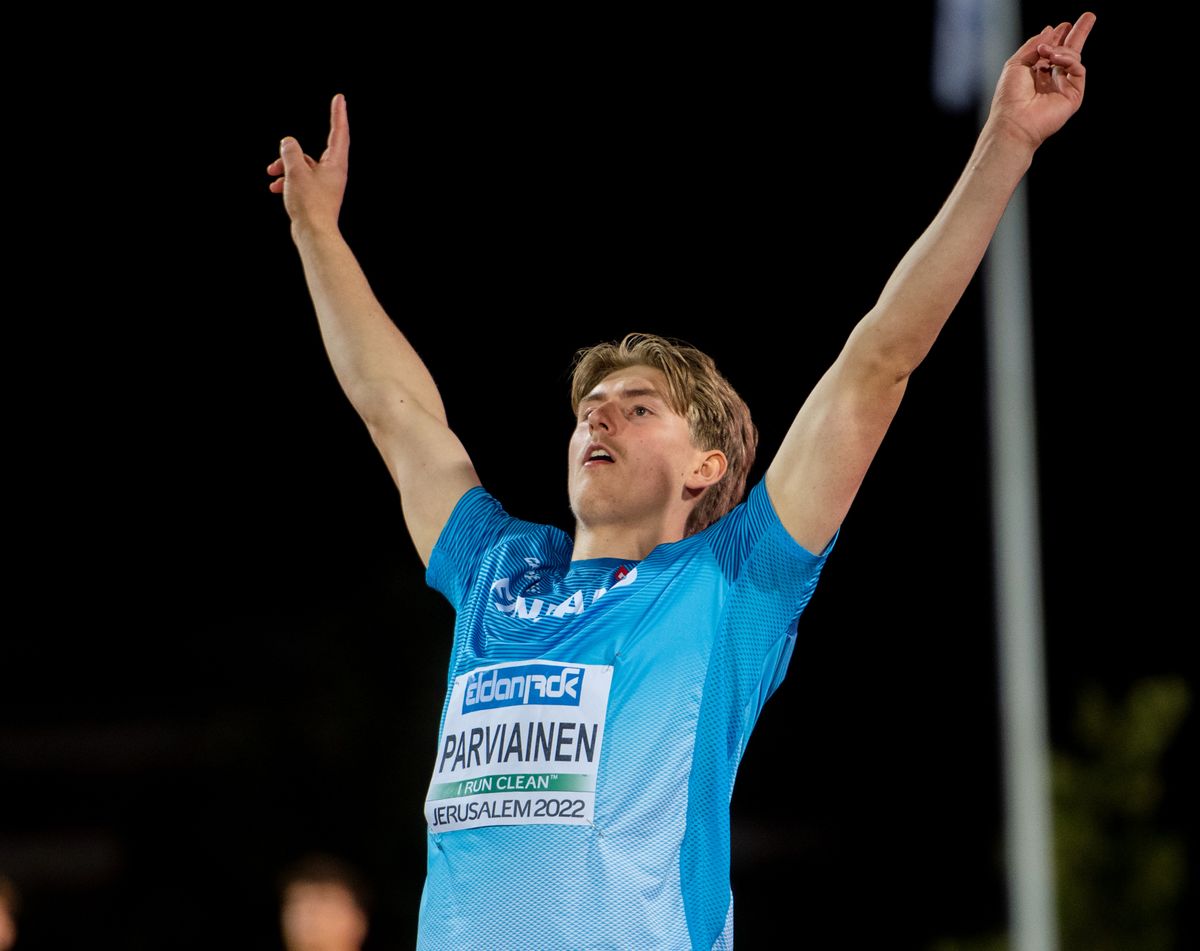 Another chapter in the success story of Finnish javelin throwing was written on the third evening session of the Jerusalem 2022 European Athletics U18 Championships on Wednesday (6).

It took Topi Parviainen five rounds to produce his best throwing but after moving into gold medal position in round five with 75.98m, the precocious 15-year-old produced a howitzer of a throw with his sixth attempt.

The javelin sailed through the darkening night sky as straight as an arrow before piercing the turf far in excess of the 80 metre-line. The throw was measured at a whopping 84.52m which also surpassed the European U18 best of 83.94m set by the soon-to-be world decathlon champion Niklas Kaul from Germany in 2015.

At 15, Parviainen was by far the youngest athlete in the men’s javelin final - and one of the youngest athletes at the championships - but the Finn proved this was far from a handicap as he won the gold medal in Jerusalem by a winning margin of more than 10 metres from Hungary’s Mate Horvath (73.72m) and previous European U18 leader Ryan Jansen from the Netherlands (72.10m).

The javelin is almost a sporting institution in Finland and the name Parviainen will be familiar to followers of the event as his uncle Aki won the 2001 world title and still holds the Finnish record in the event with 93.09m.

“At some point during the competition, I did feel I might not win because I did a really bad second throw. When I was getting ready for my last throw, it felt great to have everyone cheering, including my opponents. There is a very good atmosphere amongst all of us,” said Parviainen who became the youngest gold medallist at the championships so far.

Serbia’s Angelina Topic also comes from a famous sporting family and she followed in her father’s footsteps by winning European U18 gold in the high jump some 32 years after Dragutin won European senior gold in 1990.

Topic was the outstanding favourite for the title having recently equalled the world U18 best at 1.96m but the Serbian trailed her German rival Johanna Goring who cleared every height up until 1.88m on her first attempt.

Topic carried over failures at 1.82m and 1.86m but the 16-year-old was in a much more parsimonious mood at the higher heights, clearing both 1.90m and 1.92m on her first attempts to seal the title before attempting an outright world U18 best of 1.97m.

“This means so much to me, because I trained so hard for this moment. The competition was great - all the other girls are amazing athletes, amazing people. Actually, I am so glad this is finally over, so I don't have to stay up at night thinking about it,” said Topic.

Topic will be seeking to add to her tally in less than one month from now at the World Athletics U20 Championships in Cali, Colombia before a potential appearance on the senior stage at the Munich 2022 European Athletics Championships.

Topic was accompanied in Jerusalem not only by her father and coach Dragutin but also her mother Biljana, the 2009 world triple jump bronze medallist. Topic credits the support of her parents for her sporting success.

“I have amazing friends, amazing people around, my parents are obviously there to support me, and to show me the way to go through all of this because, firstly, they were the ones who went through this type of life and they are always there for me - to explain some things to me or to make things easier.

“Before coming here, my mum gave me a smile and told me just to be myself. I love to stand for every anthem, and I was waiting all my life to listen to my own,” she said. 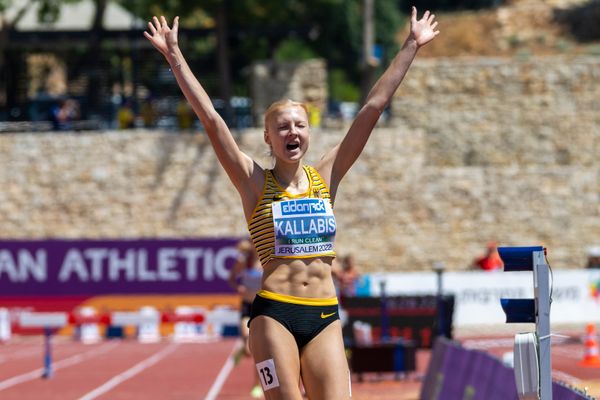 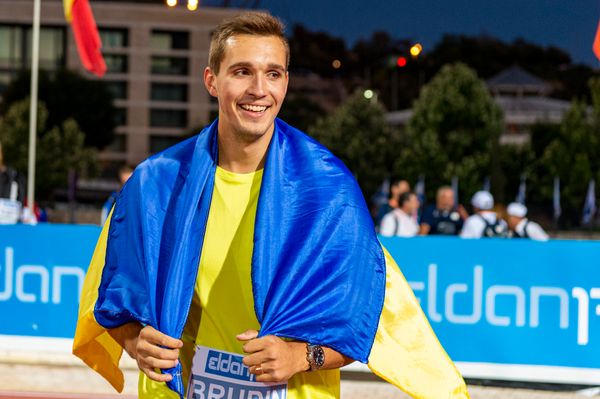 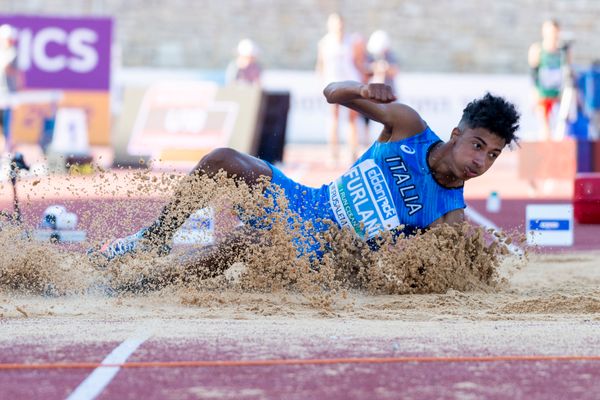