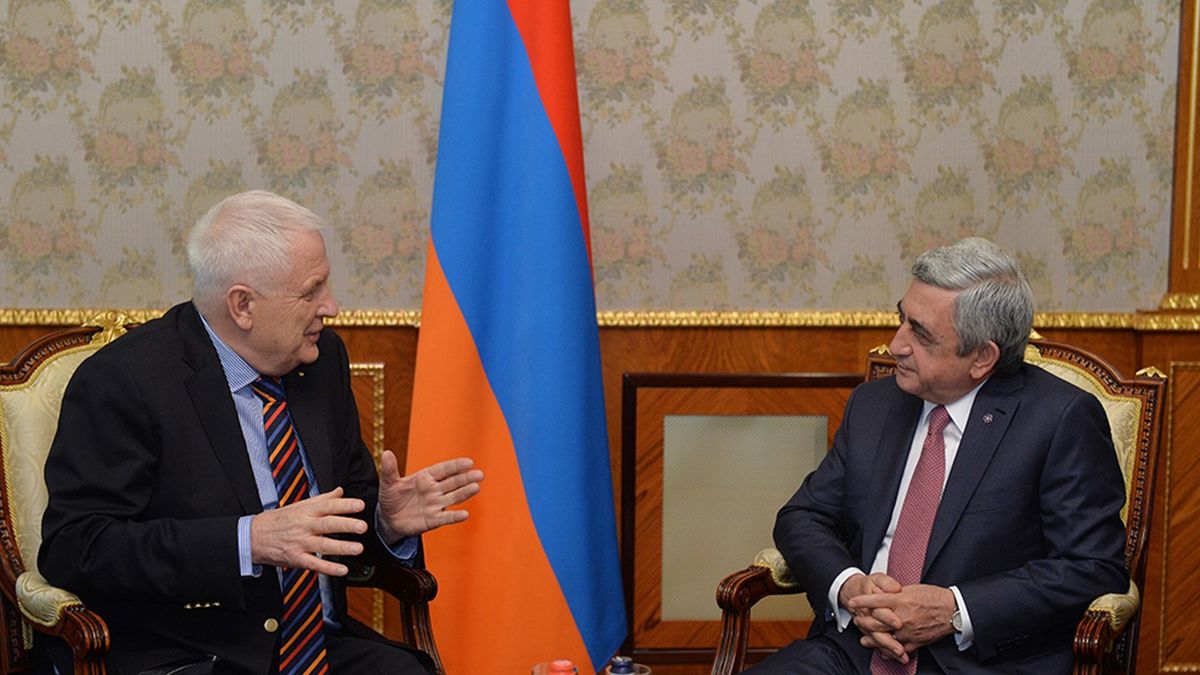 European Athletics President Svein Arne Hansen and CEO Christian Milz met with the President of Armenia, Serzh Sargsyan, Prime Minister, Hovik Abrahamyan, and Minister of Sport and Youth Affairs, Gabriel Ghazaryan, as part of their visit to Yerevan on 16-17 November.

Upon arrival, they were welcomed by the President of the Armenian Athletic Federation, Robert Emmiyan, and other city representatives.

The purpose of their meetings was to discuss the construction of a new athletics track in the Hrazdan Stadium in Yerevan.

Following their meetings, a Memorandum of Understanding has been signed to lay a new Mondo track in the stadium.

“It’s very important to build this athletics track in Yerevan to ensure that athletes are able to keep on training under the best conditions and that world class competitions can be organised in Armenia,” said President Hansen.

The European Athletics officials were then invited to the Hayastan Sport Society complex where President Hansen was introduced to some of Armenia’s top athletes and coaches. He also met with the Armenian Olympic Committee President Gagik Tsarukyan.

Hansen and Milz are on their way to Tbilisi, Georgia, where they will attend the 5th Balkan Athletics Gala on Wednesday 18 November. This trip will also be an opportunity to see the progress of the preparations for the inaugural European Athletics Youth Championships held in Tbilisi from 14-17 July 2016.