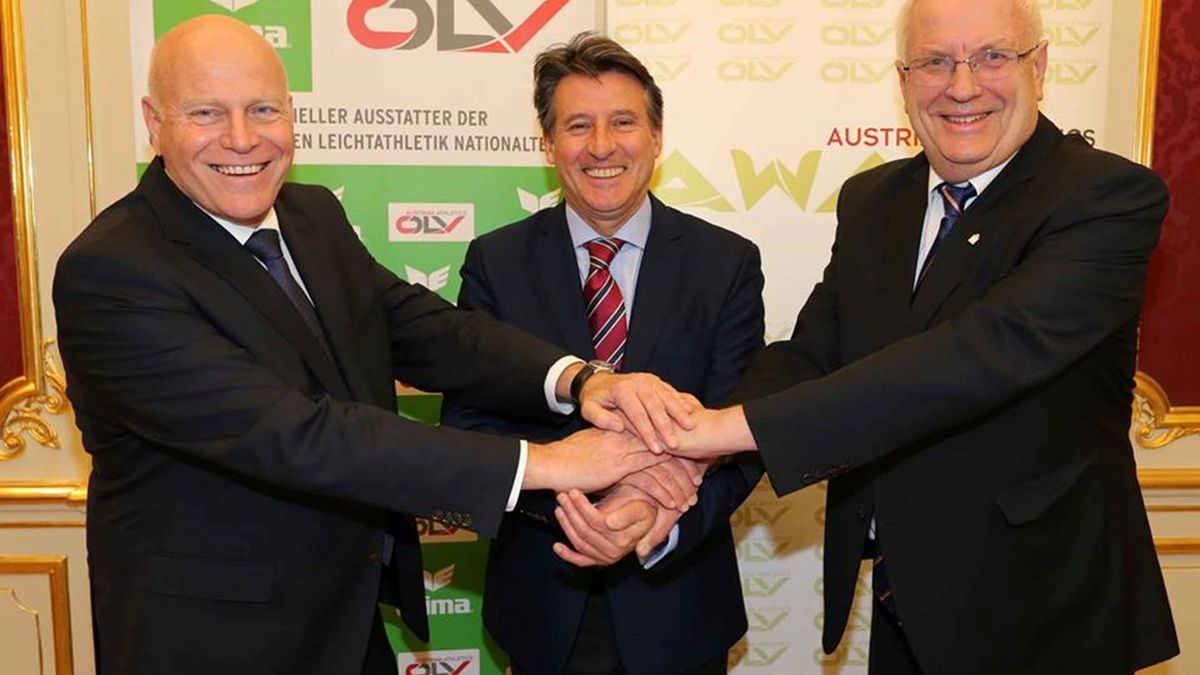 Austrian Athletics President Ralph Vallon presented the Athlete of the Year awards to Jennifer Wenth the female winner, after she qualified for the 5000m in Beijing and the 3000m final at the European Athletics Indoor Championships in Prague. Lukas Weisshaidinger, the 2011 European junior discus champion, was crowned on the men’s side thanks to his national record setting throw of 67.24m in Schwechat last summer.

Pole vaulter Kira Grünberg was named as an ambassador of Austrian Athletics having been left quadriplegic following a training accident last summer. She was unable to attend the awards ceremony but addressed the crowd via video-message, thanking European Athletics for supporting her.

European Athletics made a donation to the Foundation Kira Grünberg late last year.

The Milestone award was given to Dietmar Millonig who won the European indoor 3000m title in Madrid 30 years ago.

“It was such a pleasant evening in Vienna with several friends of European Athletics in attendance. My thoughts are with Kira Grünberg who suffered a serious accident last year but whose courage demonstrates the strength that all great athletes have,” said President Hansen.