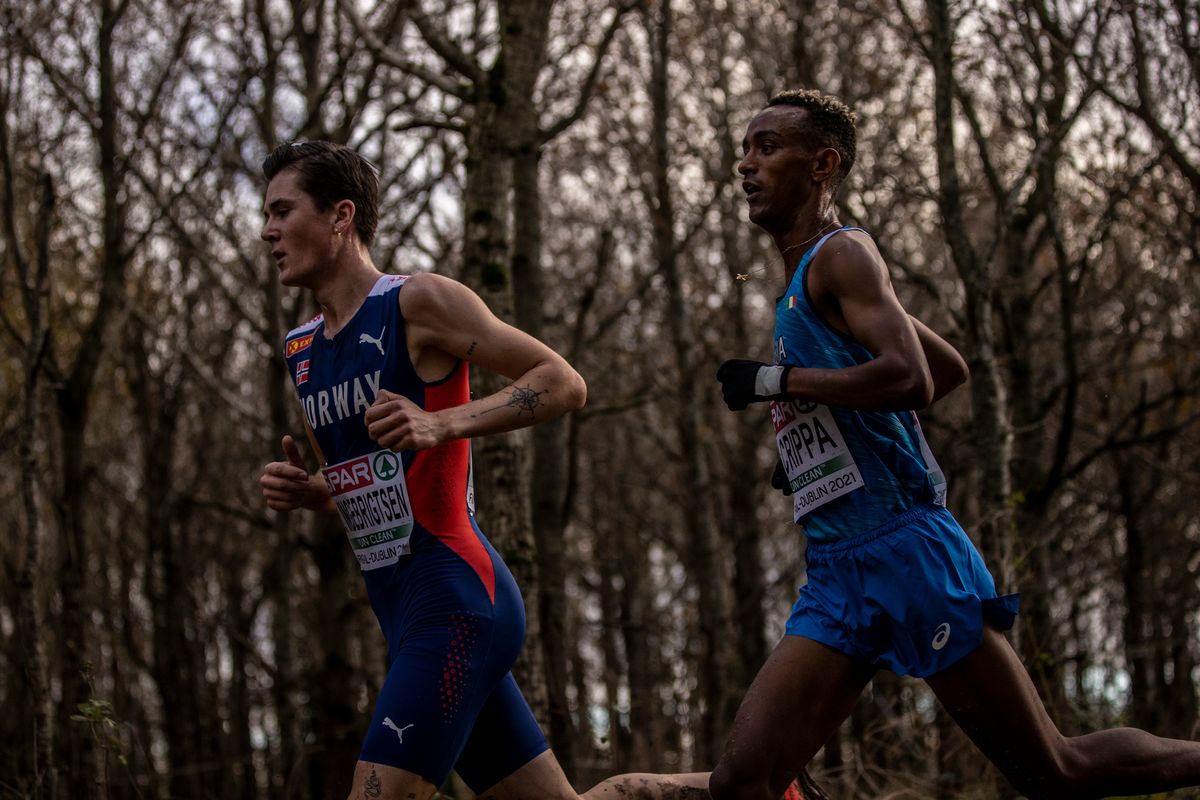 The historic La Mandria Castle will provide a suitably regal backdrop as Jakob Ingebrigtsen bids to add another jewel to his crown as the latter day king of European middle and long distance running in defending the senior men’s title at the SPAR European Cross Country Championships on Sunday (11).

Just four months after taking his tally of senior continental gold medals to a magnificent eight with his second successive 1500/5000m double, the young Norwegian faces a phalanx of fellow medal winners from the Munich 2022 European Athletics Championships as he endeavours to claim a ninth in the picturesque surroundings of La Mandria Park, a UNESCO World Heritage Site on the outskirts of Turin.

The field for the 10km, which will feature a unique 50 metre-long indoor section through the carriage pavilion of La Mandria Castle on each of the six long laps, includes the 1-2-3 from the 5000m - Ingebrigtsen, Mohamed Katir of Spain and Italy’s Yemaneberhan Crippa - the 1-3 from the 10,000m - Crippa again and Yann Schrub from France - and 3000m steeplechase bronze medallist Osama Zoghlami from Italy.

Also on the entry-list is the man Ingebrigtsen deposed as champion in Fingal-Dublin last year, Turkey’s Aras Kaya.

Kaya triumphed in 2016 and 2019 - the latter albeit retroactively after initial winner Robel Fsiha was disqualified - but no one has won the senior men’s race in consecutive years since the great Serhiy Lebid in 2007-08.

So Ingebrigtsen, at just 22, stands to become only the third senior men’s back-to-back winner as he chases what would be a stunning sixth successive individual title at the SPAR European Cross Country Championships, having claimed four U20 titles between 2016 and 2019. 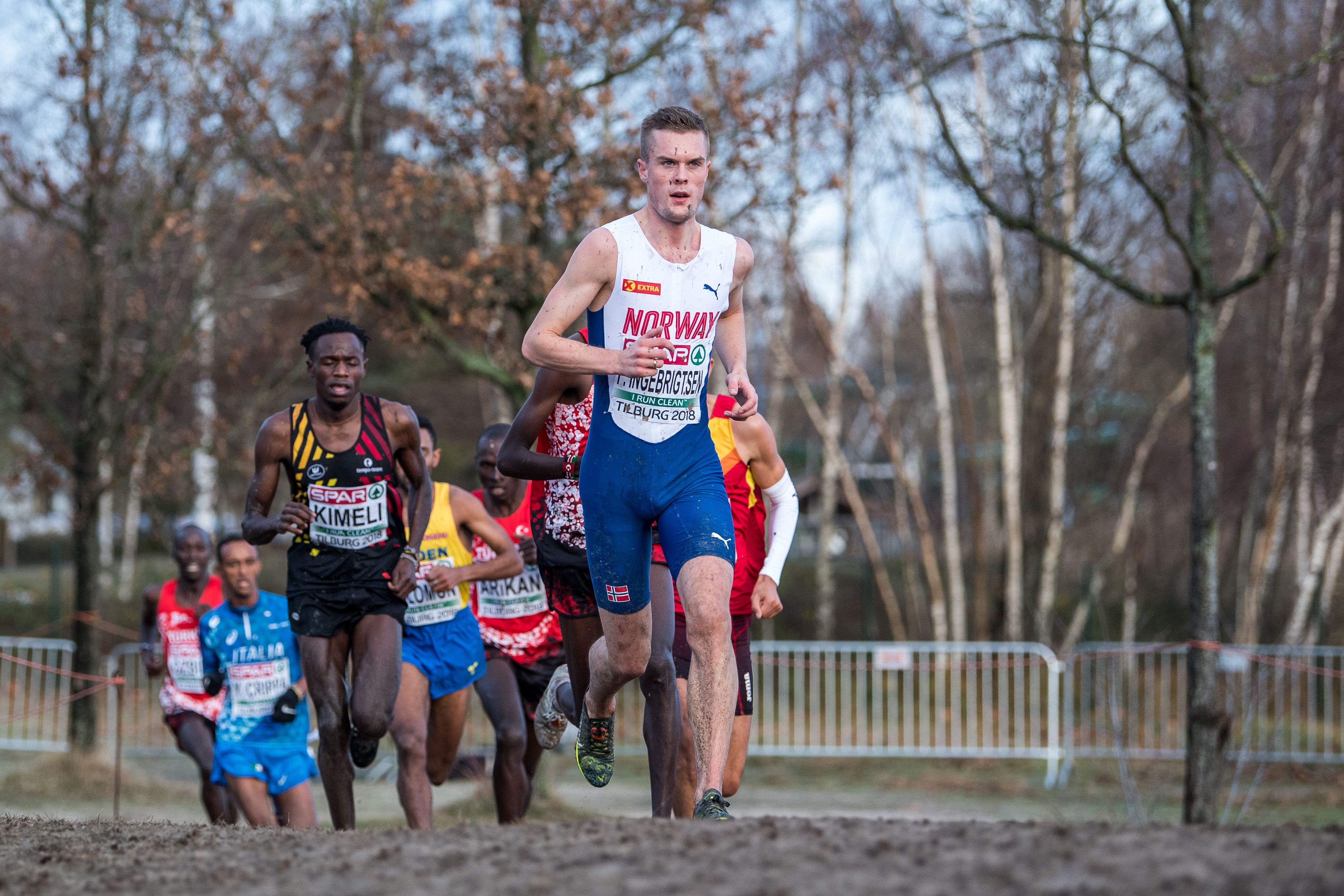 Ingebrigtsen will also be on a patriotic - not to mention familial - mission in northern Italy. Norway finished third in the team race last year but the Nordic nation is yet to win the title. With only three runners to count, Ingebrigtsen will be joined by older brothers Filip and Henrik, both of whom have tasted individual success at the SPAR European Cross Country Championships. Filip won the senior title in 2018; Henrik was the U23 champion back in 2012.

Not that a second senior individual title for Jakob can be taken for granted.

Who are Jakob’s main rivals in La Mandria Park?

The distance, the course which includes a steep 300 metre uphill and downhill section on each long lap, and the location might be better suited to Crippa, who lives in Trento in northern Italy and has an early background in mountain running. 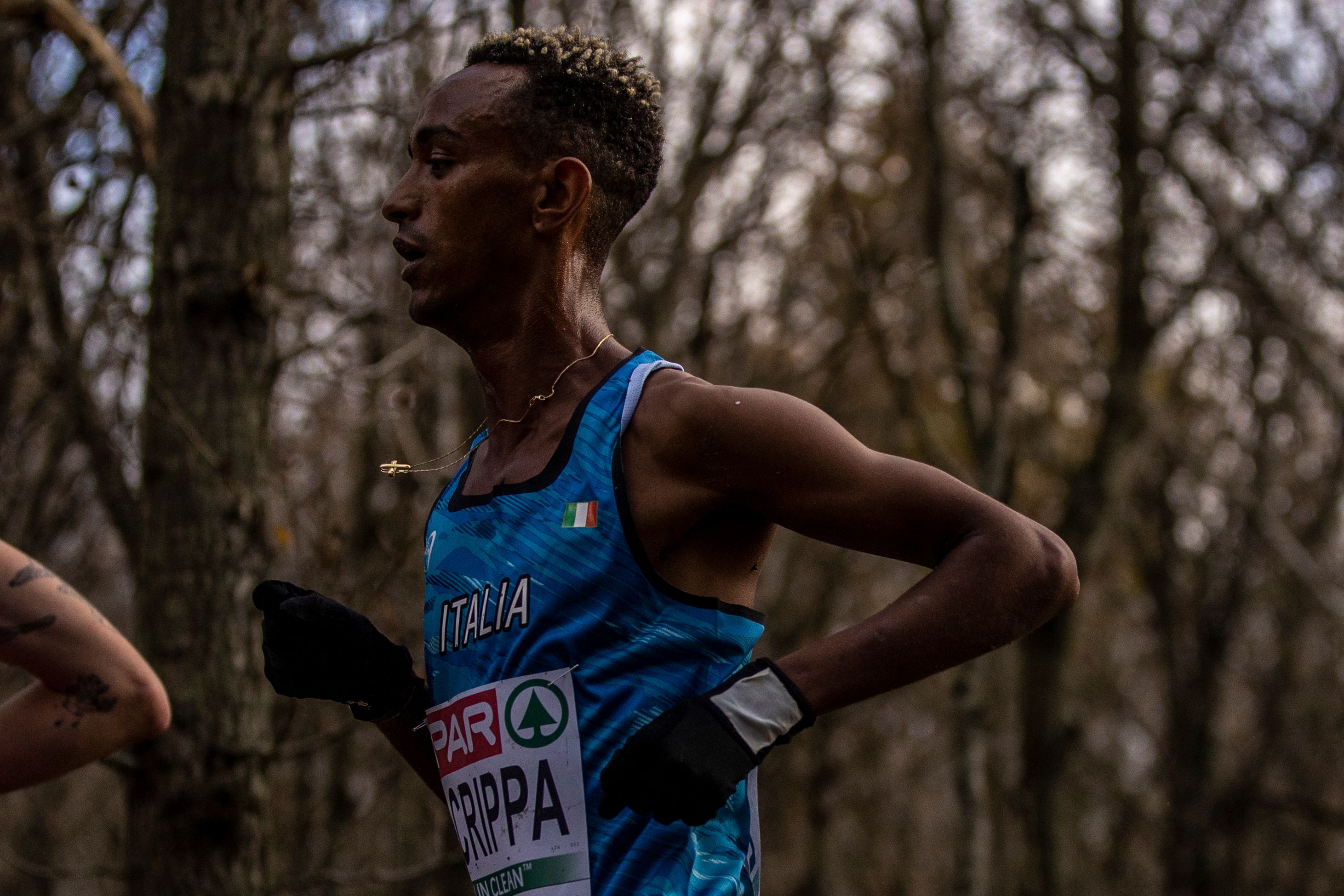 Crippa’s running tally of five individual medals - he has 10 in total if we include team medals - makes him the joint second highest individual medal winner on the men’s side in the history of the championships, together with Jakob Ingebrigtsen and Hassan Chahdi from France. Lebid stands clear out in front with 12.

Crippa looks likely to pose the biggest threat to Ingebrigtsen on Sunday. He has been preparing at high altitude in Iten in Kenya, with a tilt at a home victory and also a spring marathon debut in mind.

“It’s a nice thing to be racing at home in Turin,” Crippa told 2011 world 1500m silver medallist Hannah England on a European Athletics preview podcast. “We will have many people to cheer us.

"I want to give all the Italians the gold medal, like in Munich. I know there will be strong guys like Jakob Ingebrigtsen but I can try," he added.

Crippa will also have his sights on the team prize, a title the Italians have only won once when the event was held on Italian soil for the first time in 1998. He is joined in a strong home squad by his older brother Nekagenet although Italian cross country champion Iliass Aouani, who finished third and first respectively in the recent test event, has been forced to withdraw due to a positive coronavirus test.

However, the team also includes the aforementioned Osama Zoghlami - whom Crippa has been training with in Kenya ahead of the championships - and Yohanes Chiappinelli, who finished runner-up to a then 16-year-old Ingebrigtsen in the U20 race when the championships were last held in Italy, in Chia in 2016.

Second behind Ingebrigtsen last year was Kaya who has been struggling for form since finishing third in the European 10,000m Cup in May. Kaya was only 16th and half-a-lap behind Crippa et al in the 10,000m at the European Athletics Championships but the Kenyan-born Turkish runner often comes to life at this end-of-year fixture.

The Spaniard will be making his debut at the European Cross Country Championships after sealing his place on the team with a solid sixth place finish in Seville last month. And the Spaniards will be strong contenders for the team title with Nassim Hassous, Carlos Mayo and Abdessamad Oukhelfen - who finished seventh, 11th and 12th respectively last year - all part of the squad. 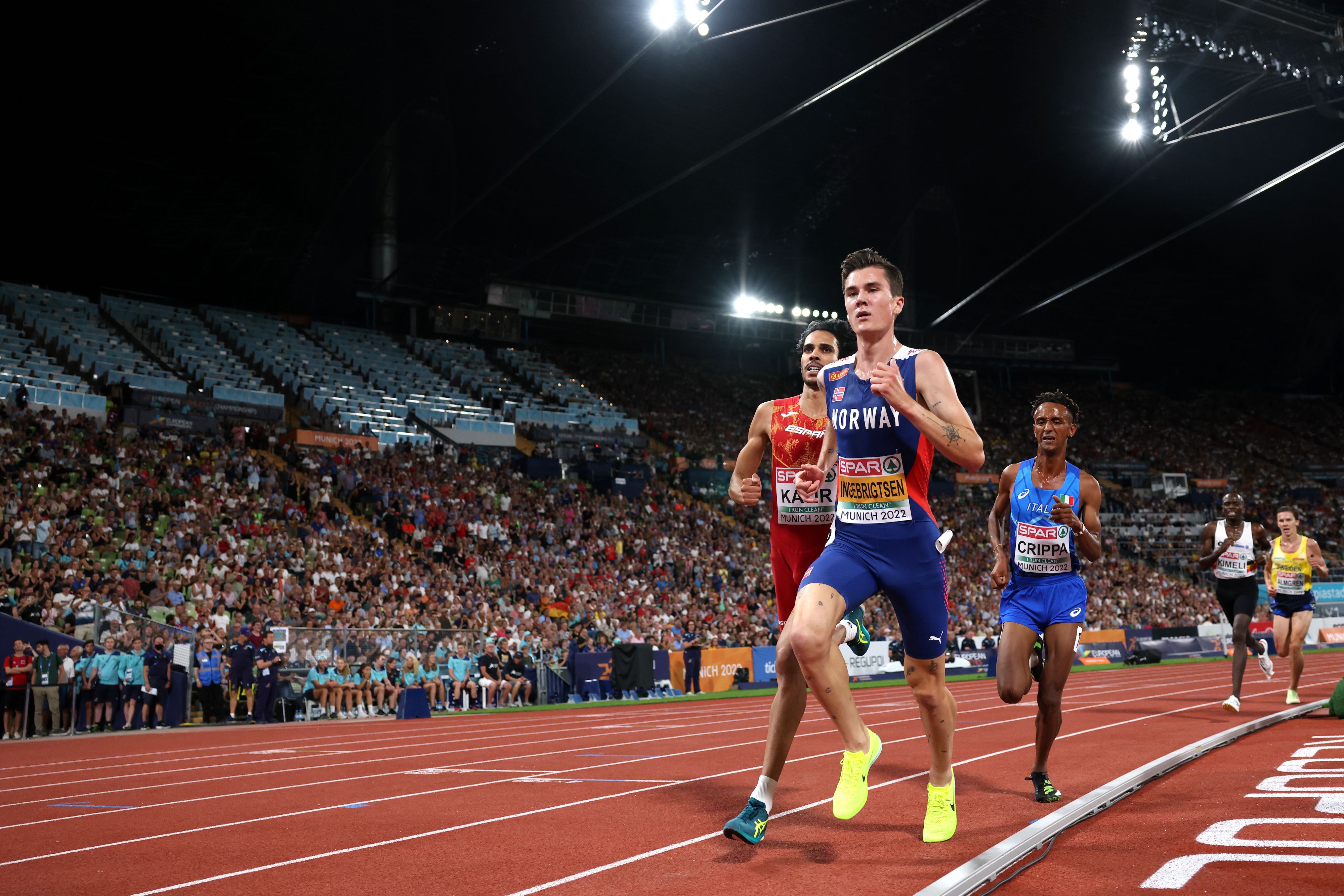 Serbia’s Elzan Bibic, the bronze medallist behind the victorious Ingebrigtsen in the U20 race in 2018, will be making his debut in the senior race. The 23-year-old was a recent winner of the Warandecross in Tilburg, the same city where Bibic won bronze behind Ingebrigtsen before graduating to silver in the U23 race behind Jimmy Gressier in 2019.

Having amassed 10 medals since 2015, Gressier is a notable absentee from this year’s championships. But the French team will be ably represented by not only European 10,000m bronze medallist and last year’s sixth-placer Yann Schrub but also Morhad Amdouni, the 2018 European 10,000m champion who has since made a successful transition to the marathon.

Other returning top-10 finishers from 2021 are Belgians Michael Somers and Isaac Kimeli who were fifth and ninth respectively in Dublin and tenth-placer Brian Fay from Ireland who comes fresh from setting a national indoor 5000m record of 13:16.77.

Andreas Vojta of Austria will be making his 13th appearance in the championships, putting him third on the all-time list behind Lebid (19) and Italy’s Gabriele de Nard (17). 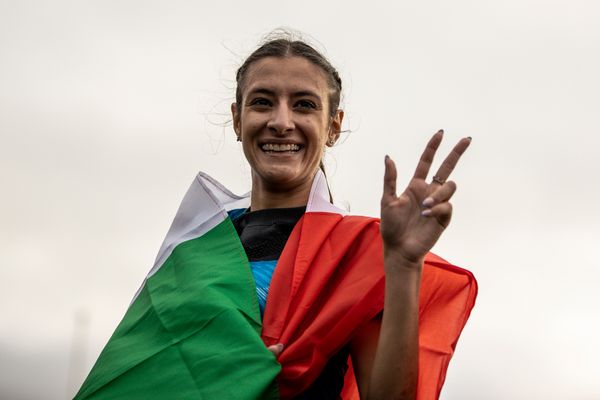 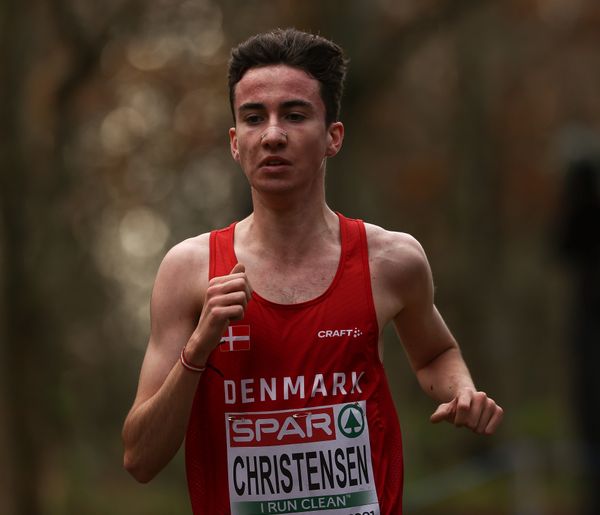 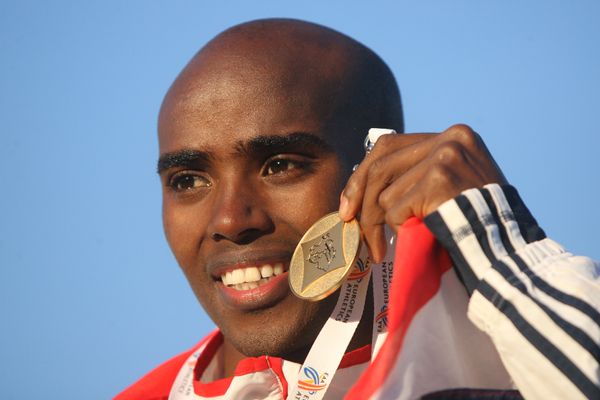 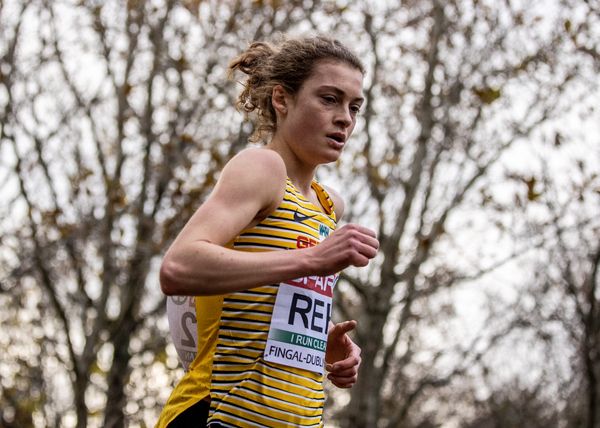